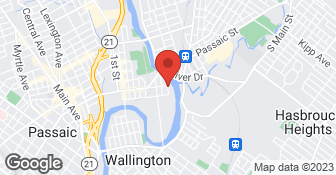 I hired them to work on a project. I don't think they are licensed. They have constantly stated that things was not in the contract, I had to show it to them repeatedly. In the end they did not end up doing any work, nothing. I paid them upfront. They made very little progress. He just came by himself, he never really did anything just a little sanding and painting. They didn't do any other things on the contract. They refused to work in the end. The contract stated they had to pay penalty fees and he never paid them and never he stated where he lives. It was suppose to be a rehab of my entire house.

Description of Work
Painted my apartment

We specialize in Carpentry, Small Electrical, Plumbing and Handyman Repair Projects for your home.  …

How is 23 Sanders Handyman overall rated?

23 Sanders Handyman is currently rated 3 overall out of 5.

What days are 23 Sanders Handyman open?

No, 23 Sanders Handyman does not offer eco-friendly accreditations.

No, 23 Sanders Handyman does not offer a senior discount.

Are warranties offered by 23 Sanders Handyman?

No, 23 Sanders Handyman does not offer warranties.

What services does 23 Sanders Handyman offer?