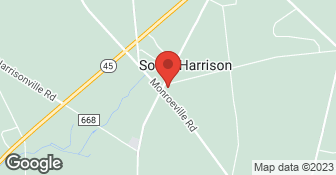 A.C.C. Landscape Design is a full service landscape company that has been in business for 5 years striving to provide the best quality work at reasonable prices. We handle everything from the simple weekly lawn maintenance to forestry and landscape design....

I scheduled an appointment with ACC to receive delivery on a cord of firewood for $160 (including delivery fee). They completely failed to show up for delivery at the agreed upon date and time (which was all confirmed via text message). An hour later, I called looking for an explanation, no answer, so I left a voice message. 15 minutes later I sent them a text message. Finally they responded to me via text (no phone call which sort of annoyed me) apologizing, and claimed that it was ultimately a scheduling issue. They didn't seem to care that I wasted my time by leaving work early and waiting so ultimately I decided to go elsewhere for my firewood.

Description of Work
Was supposed to deliver firewood

Concrete and masonry contractor -- call or click for your quote today!  …

With over 25 years of professional plumbing experience, we understand that plumbing emergencies don't only happen during normal business hours, that's why South Jersey Drain & Sewer is open to serve you especially during emergencies 24/7! We are highly skilled in drains and pipes, installation and sewer repair. If you have a drain problem we are the ones to clear it. We use top of the line technology that allows us to diagnose and perform the job in a timely manner at fair pricing! We offer a 10% discount to our first time customers and we also give a veterans and senior discount! Contact us today, we look forward to serving you!  …

ACC Landscape Design is currently rated 2 overall out of 5.

No, ACC Landscape Design does not offer eco-friendly accreditations.

No, ACC Landscape Design does not offer a senior discount.

No, ACC Landscape Design does not offer warranties.