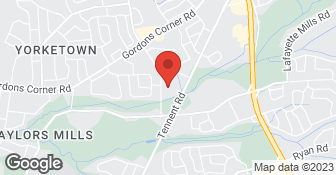 After working with other companies for over 20 years, I decided that the only way I was going to have the full control to meet my own high standards for on-time work at a fair price is with my own company. That’s how Job Construction was born in 2002. We are certified with GAF, CertainTeed and Owens Corning. My best advice is to check out each contractor before you invest your time in an estimate. As your neighbor, we want you to make the best decision for your home and family. ...

As the last time, Michael with his son Ryan went above and beyond expectations. They carefully removed the siding, and other material. They looked for and found the source of the leak, and after the plumber was done, they put it all back together, such that you would never know that it had been taken apart. Once again, they worked tirelessly in the August heat, and though I expect the job took longer than anticipated, refused to give up until it was properly completed. I give Job construction highest praise for a job well done, and at a reasonable price. Also, while they were here, I asked them to fix a broken downspout and remove and replace paneling in the house that I was concerned might also have water damage behind it. Michael also did these jobs proficiently and even was able to put back the paneling without damage. I highly recommend Job Construction.

Description of Work
Job construction did our roof in July, and as I wrote in a previous review, did an excellent job, at the agreed upon price. We called Michael Thompson again in August for a completely different job, which included taking the siding, plywood and moldy insulation out of the outside back wall of our house, after a leak in the bathroom had done damage.

Description of Work
Micheal Thompson of Job Construction did what appears to be an excellent job in removing and replacing the roofing shingles on our home. He and his workers did what they said, when they said they'd do it, for the price agreed upon. They worked hard in the hot sun, finished and meticulously cleaned up afterward. I was impressed by their thoroughness and particularly that Michael Thompson came the next day, inspected the work, made sure that it was done correctly, and that we were satisfied. This experience was significantly easier and more pleasant thanks to the good work ethic and positive attitude of M. Thompson and his company. When the roof was finished, I asked if he would be willing to do a much smaller job that required about 90 minutes of siding replacement. That too was done carefully and completely at the time and price agreed upon. I highly recommend this company.

Description of Work
They did not seem interested in doing job as asked. We still need someone local to repair gutters.

My phone call was returned promptly and an appointment was set for the next day. Michael called in the morning to confirm his arrival time and arrived as scheduled. Since there were no obvious problems with the roof, Michael gave an " educated guess" as to where the leak was. We agreed with his recommendation and because it was a relatively quick fix, he did the work there and then. His diagnosis was correct...no leaks since his repair. I would definitely recommend Job Construction.

Was very smooth. He was able to do it while I was at work so I didn't have to take the day off. I just left the check on the door. I thought the price was quite reasonable.

Description of Work
Replaced noisy attic fan with a new one.

He showed up on time and was very professional.

Description of Work
He inspected our roof

Nettie at Job Construction answered the phone promptly and cheerfully when I called. She was genuinely concerned about our need for a repair and promised that I would hear from Michael shortly. Within several hours, Michael returned my call and scheduled the repair appointment around my availability. On the day of the appointment, Michael called to let me know he was on the way and arrived at the scheduled time. He made an accurate assessment of the problem, let me know how much it would cost and took care of it right away. We are pleased with the quality of this work since it is holding up through some challenging weather. We have hired Job Construction in the past and are always pleased with their service and quality of work. Michael is a true professional and always polite and clear in how he explains the work to be done.

Everything went smoothly. Price was totally reasonable. How well it went we will know for sure after the next hurricane but i am confident that if there is an issue, they will stand behind their work.

Michael was on time, worked very well and gave a reasonable price. The molding part of job was done at a later date due to my nine month absence.

Description of Work
Replacement of two skylights and adding molding on the inside. Cathedral ceiling is about 15 feet in height.

The work was fine. I didn't do comparison shopping.

Description of Work
He replaced insulation in my crawlspace.

The roof has held up okay. We had a leak in the house so he came out a couple of times to the house. They did the work they said they were going to do.

Description of Work
They replaced the entire roof.

He was very nice. I liked him a lot. He was not able to do everything that we needed at the price that we wanted him to do it at. I just don't think he was fed up because he was perfectly willing to do it but he did do a beautiful job patching a roof that was leaking that were weren't quite ready to replace the whole roof, so that part was great. He did everything he said he was going to do and worked with us and even though it was a small job he graciously did it and when we asked him estimate out some other work that he couldn't do he went out and found a colleague of his and brought him over and together they worked it up a bit. I thought he kind of went above and beyond.

Description of Work
He patched two sections of a roof that conjoined together, He replaced some rotting plywood and he matched shingles as best as he could. He really did a nice job and it got through for the next couple of years to when we could have the whole roof replaced.

Description of Work
They put in a new . and after Irene they repaired some spots that had some damage from a tree.

I have been using Job Construction for years and I am always impressed with Mike's work ethic. Mike does what he says he will do. He does it when he says he is going to do it and at the price he quotes. I think highly of him and I do not hesitate to recommend Job Construction.

Michael and his crew are highly professional. His pricing is competitive and his service in exceptional. He completed some roofing repairs for us after MAJOR frustration over recurrent leaks after another roofing crew did substandard work reroofing the whole house. Michael also handled some siding repairs for us. We look forward to working with him in the future.

Whether you need a new roof installation, routine maintenance or emergency repair service, you can count on MLM Renovations LLC for all of your home comfort needs. We also specialize in kitchens, bathrooms, basements, windows, doors, attics, siding and gutters. With our 11 year experience, you can be sure that we will get the job done right the first time. Curently majority of our business is from customers' referrals and we handle 95% of our service calls the same day resulting in over 5,000 delighted customers. If you are looking for a TOP - QUALITY and PROFESSIONAL SERVICE at an AFFORDABLE PRICE - MLM RENOVATIONS LLC is the company for YOU!  …

Hannsys Home Remodeling, LLC. a New Jersey roofing company with a rock solid reputation. We provide a unique combination of personal client service, quality and professional workmanship, and competitive pricing on projects of all sizes. We appreciate the opportunity to introduce our business to you, and we'd like to thank you for considering us for your roofing needs. We're a fully insured, New jersey-based company serving the community in both the commercial and residential markets, new construction with general contractors, and remedial projects with owners and property managers. Our residential and commercial division installers are well-trained professionals. Quality is always our #1 priority, so we only use Class A roofing materials from all major manufacturers. We are an authorized applicator for GAF, and also work with CertainTeed, Tamko, and Owens corning. We offer up to 10 years on our workmanship warranties. The warranties are transferable if you are planning to sell your property in the future! We also prefer to install ridge vents on residential roofs, which will help make your home more energy efficient, taking care of your backyard is our priority as well. Whether the need is an immediate roof leak repair, general roofing maintenance work to insure the longest life of an existing system, or the complete replacement of a roof that has reached the limit of its service life, we are experienced in assisting our clients in getting full value for their roofing dollars. We offer expert advice and show you ways to cut costs without sacrificing quality. We would like to personally thank you for considering Hannsys Home Remodeling as your roofing contractor, and we look forward to taking care of all your roofing needs.  …

We are a locally owned, licensed and insured contractor known for our community-minded, service-focused, high-quality residential, commercial and multifamily projects. From the very beginning, we build a relationship with you. We ask the right questions, do thorough inspections and create a personalized action plan. Working as your partner, we alleviate your concerns, set priorities and focus on reaching your goals, on time and on budget.  …

Bonded
Insured
All statements concerning insurance, licenses, and bonds are informational only, and are self-reported. Since insurance, licenses and bonds can expire and can be cancelled, homeowners should always check such information for themselves.To find more licensing information for your state, visit our Find Licensing Requirements page.
General Information
Free Estimates
Yes-if you own your home.
Eco-Friendly Accreditations
No
Payment Options
Check
Senior Discount
No
Warranties
Ask for details

How is Job Construction overall rated?

Job Construction is currently rated 4.7 overall out of 5.

What days are Job Construction open?

No, Job Construction does not offer free project estimates.

No, Job Construction does not offer eco-friendly accreditations.

No, Job Construction does not offer a senior discount.

Are warranties offered by Job Construction?

No, Job Construction does not offer warranties.

What services does Job Construction offer?