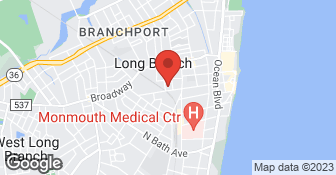 At CRA, one call does it all for both Residential and Commercial property owners. We provide superior lawn care and landscaping, building maintenance services, interior/exterior improvements as well as seasonal cleanups including snow removal. No matter how big or small your property is, CRA has the experienced staff and equipment to keep your home or business looking it's best. Just take a look at our Project Galleries to see all that we have done and all that we can offer. For your smaller projects that need to get done or those bigger projects you’ve been dreaming of, please call 732-496-3155 for your free estimate. With over 23 years in business CRA is Lawn, Patio and Property done right! CRA services: Commercial Property Owners: CRA offers an extensive list of services to Commercial Property owners. We provide monthly maintenance plans, seasonal cleanups and emergency services 24/7. We can also provide interior and exteriors improvements such as painting, plumbing, patio and more. Residential Property Owners: Our Residential Property Services will keep your home looking it's best all year long. We offer lawn and landscape service plans, patio and paver installation, seasonal cleanups, and quality improvements for both inside and out. CRA offers: Landscape Design: CRA offers a Landscape Design service so you can what your project will look like before we begin to plant, pave or even paint....

This was hands down the worst experience with a contractor we have ever had. They lied, made promises to secure the job and did not deliver. The quality of work on the yard is disgraceful. For instance, we have a severe weed problem in our yard and CRA assured us that after turning over the yard and laying down soil, the weeds would be suffocated. The yard continues to look like a jungle and when confronted, Chris the owner said it wasn’t their responsibility to maintain the lawn and we didn’t pay them to put down weed killer. This is how every single conversation went with these people. They refused to provide options to address the area of the yard where they discovered a large tree stump. The quality of the work of the deck is embarrassing. Chris told us several times that the work was complete and demanded payment; meanwhile there were still several safety and quality issues that that had to be addressed many times. These conversations were always difficult and met with a defensive demeanor. Especially from the office manager Debbie. She will kiss your *** and as soon as you challenge her she will immediately flip out on you. They are unresponsive until they need money from you and never want to address issues. Finally, we signed a contract on April 9th and this project was not complete until July 29th. Do not trust these people.

Description of Work
Needed our yard completely turned over including removal of tree roots, debris and a large area which we weren’t sure what was underneath. Also laid soil and seed. We also hired CRA to build a large 40x12 deck.

The person he sent to oversee the job was a nice guy, but he and his two helpers did an incredibly sloppy job. They said it wasn't necessary for me to move/remove furniture and to just turn over pictures, etc., that were on end tables and so forth. I now have specks of paint on just about every piece of furniture and on the backs of picture frames and anything else I didn't remove in the rooms that were being painted. I also caught them cleaning paint off of the carpet. Everywhere I look, there is paint...on the ceiling light fixtures, furniture, everything. I am extremely dissatisfied and disgusted. Unfortunately, I didn't notice most of it until the job was completed, I was told they needed to bring a check back that day. It was a rainy, dark day and a lot of this wasn't apparent to me until later. I checked in a few weeks later with one of his associates and was told I should have notified them sooner and they possibly could have done something about it. I also think $800+ is a high price to pay for three ceilings to be painted but I went with it because he was a "friend of a friend." Lesson learned....the very hard way. I am still cleaning up, even at this late date.

Quality 1st has been in business for over 30 years, providing homeowners in New Jersey with our superior customer service and installation excellence. Now under the name of Klaus Roofing Systems by Quality 1st, we are proud to be a part of the Klaus Roofing Systems Network. The Klaus Roofing Systems Network is a network of dedicated rooﬁng contractors across North America who pledge to hold their businesses to a higher standard. With the largest training facility in the world, our network has pooled hundreds of years of combined knowledge to ﬁnd the best materials and practices to protect our customers' homes.  …

I provide services such as window cleaning, power washing, house washing, and gutter cleanings. I have been doing this work for four years and have decided to branch off on my own. We specialize in pressure washing and soft washing services for exteriors of homes or businesses, sidewalks, driveways, decks, porches, patios, fences, truck trailers, parking lots, and more! We guarantee your satisfaction, and we won’t leave until the job is done right. We pride ourselves on the quality work we provide, while delivering great customer service! Check out all the services we offer below and call -or- click to schedule a free estimate today!  …

List of Services: We pride ourselves on delivering an excellent job with excellent customer service. At CRA, your property is our property. We want you to look your best so we can look ours. With over 25 years in business, CRA has the experience to offer: Maintenance Plans Weekly Lawn Care Plans Monthly Property Maintenance Plans Seasonal Service Plans 24 Hr. Service Plans Lawn Care Mowing Weed Control Seeding Fertilizing Aeration Landscaping Landscape Design Tree and Shrub Planting Annuals and

How is CRA Site Lawn and Land Development overall rated?

CRA Site Lawn and Land Development is currently rated 2.3 overall out of 5.

No, CRA Site Lawn and Land Development does not offer eco-friendly accreditations.

No, CRA Site Lawn and Land Development does not offer a senior discount.

Are warranties offered by CRA Site Lawn and Land Development?

No, CRA Site Lawn and Land Development does not offer warranties.

What services does CRA Site Lawn and Land Development offer?

CRA Site Lawn and Land Development offers the following services: List of Services: We pride ourselves on delivering an excellent job with excellent customer service. At CRA, your property is our property. We want you to look your best so we can look ours. With over 25 years in business, CRA has the experience to offer: Maintenance Plans Weekly Lawn Care Plans Monthly Property Maintenance Plans Seasonal Service Plans 24 Hr. Service Plans Lawn Care Mowing Weed Control Seeding Fertilizing Aeration Landscaping Landscape Design Tree and Shrub Planting Annuals and