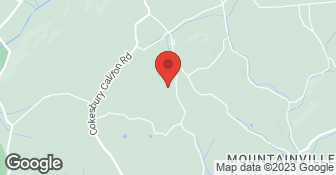 We are not a “BUG” company that handles wild animals as a "Sideline." Wildlife Control Specialist LLC will take care of all your New Jersey animal control and pest control issues. Most companies don't like to handle wild animals, but Wildlife Control Specialist focuses on just that. We are proud to provide humane and environmentally responsible wildlife control services for New Jersey. Cost is determined by the job....

New customer, and received excellent service from Joe and his team. Very knowledgeable, experienced, and customer-focused. We had an urgent situation with animals getting into the house that drove me and my family from our home. WCS were very accommodating, rearranging their schedule to fit us in ASAP because of the nature of our need. Delivered an excellent service at a reasonable price and the team was very professional, informative, and a pleasure to work with. We had several others come out... highest marks to Joe and his team at Wildlife Control Specialists.

Fantastic. Attic was inspected to determine ingress and egress routes. Report was sent to us indicating work needed and price. Then trap was set in most frequent route and all other possibilities were sealed. 11 squirrels were captured over two days and relocated. After a week of no activity, trap was removed and that route was sealed. We highly recommend this company.

They did an excellent job. Joe and Tim were very helpful. I highly recommend this company.

I was very impressed with the level of service. My call was returned the same day and a technician came to my house the following day. For several days the interior of my house had smelled very strongly of animal urine (I have no pets) and it seemed to be originating from the crawl space. The crawl space at my house is fairly disgusting. It is very shallow in spots and is difficult to move around in. The technician, Tim, did a thorough search of the crawl space. He also checked the interior of the house. He carefully explained to me what he found -- and didn't find. It turned out there were no signs of active animal incursion. The potential cause of the odor problem was poor ventilation. During the unusual cool spell we had in late August-September, I had plugged up the vent openings to the crawl space; normally I would not had done that so early in the season. Removing the material obstructing the crawl space vents seems to have remedied the problem. I very much respect the technician's honesty and the thorough way he investigated ever possibility. He patiently answered my many questions about wildlife encounters. And in the end, I did not receive a bill! I am a past customer. I previously sought help from Wildlife Control Specialist LLC to take care of a problem with bats in my house. That was a few years ago. To this day I haven't had any more bat issues. I respect Wildlife Control Specialist's integrity and competence. I would definitely use them again.

Description of Work
I needed to have the crawl space of my house checked for possible animal incursion.

The guys (Joe, Matt, Tim and Sam) were all great. Very personable and friendly, and extremely flexible. We needed scaffolding put up for them, and the company handling that was not very reliable with their schedule. They guys were very accommodating and just rearranged their own schedules to come when it was ready. They worked long and hard to plug all the many areas, over a couple days time, leaving bat doors for them to escape. It seemed the problem was gone, but a few months later there was a small colony starting up again, and the guys came right back out to re-address. Believe me, this was no small job, and re-routing these bats, who are creatures of habit and often return to their familiar roost was quite a feat. The guys came out a couple more times and made sure the problem was completely gone. I almost can't believe that they really got all the bats to leave, but they did. It was nothing short of a miracle. And to top it off, these guys were so professional and informative, a total pleasure to work with and VERY REASONABLY PRICED. I just could not recommend more highly.

Description of Work
We had a huge bat infestation in a very large converted barn. We must have contacted 6 different pest control companies and they either couldn't handle the job because the barn was so big or they just didn't give us good answers. A couple people came out and never got back to us, a couple gave proposals and the information just didn't seem right. We were at our wits end when we somehow found Wildlife Control Specialists. Right from the beginning they set us at ease and gave us all the right information and answers. They spend a good deal of time surveying the property, and identified that we had a colony of well over 200 bats living in the roofline. We knew it was bad, since they've been roosting there for years, but it had grown to the point where we could hear them in the walls and they were frequently getting into the house.

After hiring a few pest control companies that claimed they could eliminate the bats in our attic and having the bats return, I found the listing for Wildlife Control Specialists on Angie's list. After reading all the reviews, I called Joe, who explained in great detail everything you would ever need to know about bats and how they specialized in handling the problem. Tim came out to the house in January and explained the process and then went up on the roof and identified every possible entry point and documented them with photos which he showed me. He then explained that they would be back in the Spring to patch all but a few holes to give the bats an exit from the attic through installed one way bat tunnels, and after a few weeks would come back to seal the remaining exits. I was supplied with a detailed proposal with photos of all the potential entry points and a detailed description of the work that would be done. Tim was here for hours making sure everything was sealed. He was great to deal with and I even got to meet his 4 legged helper - Yaal who made herself at home in our yard. For anyone who has a bat problem, don't waste your time of money on hiring anyone other than Wildlife Control Specialists.

Description of Work
Bats in the attic.

They came, they saw, they took the little bugger away.

Description of Work
Get rid of a squirrel in the attic.

From the first phone call, I was grateful to have found Wildlife Control Specialists. They were courteous, informative and extremely professional. They took the time to answer our questions and explain their process. I will certainly use them again for any future Wildlife issues inside our outside of our home!

Description of Work
Flying Squirrels in our attic and home.

We spoke to Joe. He indicated to us that the reptile may not be a snake as if it were a snake then, it might have gone back into its place of hibernation and it might be a waste of my money - as they may not find something there. He assured us that the snakes in our part of NJ are non-poisonous and gave us a couple of tips to look for around the area - and if we did find a trace then, we could call him. And we did find something and gave a call right back in about 30 mins. Joe was apparently driving somewhere else to cover some errands but, he was kind enough to turn around and stop at our home in a very short time. When he did reach the spot and to the reptile, it was far too innocuous than a snake. We were really touched by his sensitivity to our concerns from younger ones at our home. We sincerely appreciate his act of kindness and help in putting our minds at peace. True Good Samaritan !!

Description of Work
My wife spotted a reptile yesterday evening. We were looking for some one to remove it for us. Through our Pest Control Services, Viking, - we received a contact for Wildlife Control Specialists.

Protex is a small owner operated business,it is not a franchise of any sort. Personal attention to detail and service is our most important attribute. Normal business operations require us to use 2 trucks at any time to assure personal detail to all services that are offered. Our technicians attend multiple training seminars annually to keep up with all the new technology and most effective products that are available. Pricing can usually be given over the phone or free estimate provided when necessary. Mention Angie's List when contacting our office personal and receive a 10% discount on all new initial single service(not to be combined with any other offers). Visit our website @ www.protexpest.net for interesting information on all types of pests and links for kids to explore the insect world. Free estimates and referrals upon request.  …

As everyone knows, pests that live outside of your home don't belong in your home. Green Pest Solutions is prepared to tackle those invasive pests in an effective, family friendly manner because we know that a safe home is important to you. Our “Green Band Protection System” is designed to get rid of any pests inside your home and then make is so they can never get in again by securing the outside perimeter of your property. Each of our highly skilled technicians are trained in the latest application methods, proper equipment use and maintenance, and will answer any questions you may have about the materials being used to treat the areas around and inside your home. As your local Green Pest Solution provider, we stand behind our Money Back Guarantee, because we will respect your home as if it was our own, and your peace of mind is important to us. But don’t take our word for it! Read some of our over 1000 Angie’s list reviews. We have been an Angie’s List Super Service award winner four years running due to our exemplary ratings!  …

We specialize in wildlife and do not do mice, rats and bugs.

Wildlife Control Specialist LLC is currently rated 4.9 overall out of 5.

No, Wildlife Control Specialist LLC does not offer a senior discount.

Are there any services Wildlife Control Specialist LLC does not offer?

We specialize in wildlife and do not do mice, rats and bugs.