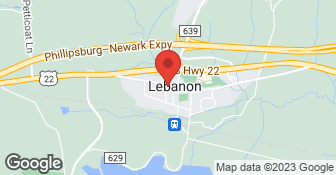 Extremely satisfied with their punctuality and professionalism. Jim showed up quickly on a Sunday and acted fast and smart and solved the problem. Highly recommend them

I found James on craigslist. James was prompt, courteous and knowledgeable when he showed up. He later emailed me a quote. I was so impressed, that I opted to hire him over another electrican. He called me Friday night (12/9/11) to let me know he has to reschedule our Saturday appointment. We agreed on Sunday 12/11/11. He never showed up. I followed up with phone calls and email. Nothing. No reply. Things happen...and I would have understood if I had just gotten a call or email.

I sent out an email to AllState/Jersey Electric and received an email reply AND a telephone call within 24 hours. Of particular concern to Mr. Newman was the urgency of my email - the old baseboard heater had been removed by us, and it was the only source of heat in my daughter's room. He called me the next morning after I had send the email and asked if he could do the work that day. When I asked for a price estimate he guaranteed the work at under $200.00. My husband was the one who was home that day. He told me that Mr. Newman actually arrived on site early, after another job canceled. Mr. Newman came in and immediately installed the replacement baseboard heater we had on hand, as well as the new, replacement thermostat for the room. He seemed very knowledgeable and worked quickly to install the heater. The whole job was done in less than an hour and he gave good instruction on the operation of the heater.

The estimate was prompt, and the electrician was polite, but the work took almost three times as long as expected. The electrician and his assistants all became less and less concerned with attention to detail, neatness or thoroughness. By the end, they were messy, careless and had to be called back an additional two times. The receptionist/office manager was bossy and demanding, calling relentlessly for final payment before the work was done and then again before the work was inspected (per the permit: payment can be withheld in NJ until the work is inspected and passes). Months later, I found live wires hanging dangerously from the basement ceiling and resting on storage shelves instead of properly stowed. Also, despite assurances from the electrician, some of the work was not done to code and will need to be re-done.

Jimbo's A/C & Heating LLC is offering HVAC Contractor service with 15 years of industry experience.The company is fully licensed and insured offering affordable prices and discounts . Also a member of the BBB.Contact us for more information. First-time customers enjoy 10% off. Seniors and Veterans enjoy this discount ALL THE TIME! Please contact direct at 908-930-5007.  …

Welcome to Souvenir Electrical Solutions. Based in Whitehouse Station, New Jersey, we are a full service electrical contracting company with over 20 years of experience. We specialize in offering quality residential solutions that will be remembered long after the job is done. We are licensed, bonded, and insured. Our purpose is to provide our clients with the best electrical service in the industry. Our slogan "Quality to be Remembered" says it all. Give us a call and we'll work with you at every step of the way to provide the best solutions to fit your needs. We have been proudly serving Hunterdon, Mercer, Middlesex and Somerset Counties of Central New Jersey with quality service at a fair price. For all of your electrical needs, small or large, contact Souvenir Electrical Solutions. Allow us to give you the peace of mind that comes with knowing that the job has been done right. We are licensed, bonded, and insured, and have experience in all aspects of the home renovation process.  …

Since 1985 to present we have expanded our services including solar installations. Immediate Response 24 hour emergency service. Lighting retrofits,design of electrical systems up to and including 2000 amp services. Hi-tech Troubleshooting.Lighting controls to save expenses. Electrical inspections for safety. Parking lot lighting. Generator Installation and Maintenance.Transfer Switches.Energy Saving Lighting Solutions

sales of electrical supplies only

ALLSTATE JERSEY CENTRAL ELECTRIC is currently rated 3.5 overall out of 5.

No, ALLSTATE JERSEY CENTRAL ELECTRIC does not offer eco-friendly accreditations.

No, ALLSTATE JERSEY CENTRAL ELECTRIC does not offer a senior discount.

Are there any services ALLSTATE JERSEY CENTRAL ELECTRIC does not offer?

sales of electrical supplies only