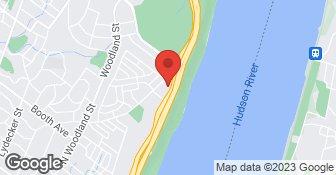 Dishwasher worked from July to December. Dec 26 it stopped working and I called them. They scheduled a repair fir the soonest date of Jan 7th. Tech showed up, pushed the power button, asked for the owners manual, googled and said he would have to come back. Jan 16th no one showed up. Jan 22 the guy called and said he could not get in the driveway and left. 3 different days taken off work and a month without the dishwasher and LG says I have to wait for tech to sign off to get a replacement. If they don't show up I am waiting forever. NEVER BUY LG

Description of Work
Ice maker was not working, they repaired August 8, 2015. It stopped making ice in early December. When called, their repair warranty expired & redo would cost $240 - 400. So much for quality service.

They refused to fix it because they say we have mice, but we have an exterminator. We kept the dishwasher in the carton until two weeks ago and now it doesn’t work. I think there must have been mice in the box. They said they wouldn’t fix it and that we would need to buy a totally different dishwasher. I called and the supervisor I talked to wouldn't give me the number of her supervisor because she said that they were based in South Korea and they wouldn't answer the phone.

Description of Work
I bought a dishwasher from LG Electronics and it doesn't work.

They were supposed to put a copper line in when they installed our fridge, but instead they used a plastic line that ended up cracking. We have been removing buckets of water since and there is so much mold, it?s like a lake. The fridge won?t drop to zero unless I put it in the middle of the floor. I will never, ever buy another product from them.

Description of Work
We purchased an LG refrigerator from Home Depot. I have years worth of service calls from them coming out, but my fridge has never worked properly. This fridge looks great, but it’s awful.

He gave us a lot of advice and went above and beyond. He deserves a lot of praise.

Description of Work
We bought a washer & dryer from LG. We had a problem with the washing machine. The service technician that came out to fix the washer was extremely good and knowledgeable.

This company is awful. We ordered a fridge; it was discontinued without our knowledge. It took three weeks to get the new model. Then there was a part that was damaged in the shipping. I called LG and they ordered the part. It was a wrong part, so I called back to order the right one. I didn't get the part after 3 weeks, so I called again. The order was never placed during the second call. I ordered the part again and was treated poorly on the phone. Again, the wrong part was sent. I called again and they informed me they can't find the right part, so I need to call a service center. ACK!

Description of Work
I bought a refrigerator.