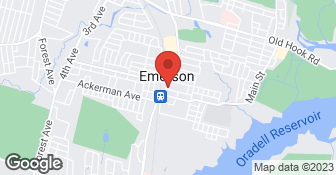 Chris from Atlas Lock & Key arrived promptly at 8:15 on Saturday morning - the very next day. Within 30 minutes or arriving, he was able to replace the lock and give me 3 new keys for it. My wife then asked him if he might be able to install a new lock on our back door as well as it too was not operating well. Fifteen or 20 minutes later that job was complete as well with 3 additional keys provided. We were thrilled.

Description of Work
On a recent Friday, my key was unable to open the lock of my front door. The lock had never been replaced in the 60 year history of the house so I was concerned that the cost to fix the problem would be very expensive. I called Atlas Lock &Key to see if they would come out to give me an estimate.

Description of Work
Rekeyed all the locks

Description of Work
Rekeyed locks and combined (2) separate locks into a single key.

Dan Rowan came out to the house after an email and a phone call - he was at the house within a day of first contact, in the morning. He was polite and knew exactly what we were asking for, and had an opinion. My wife and I had just moved into a house dating from the 1940s, which had at least 2 rounds of additions put on, and so there were multiple different locks and keys that my wife and I had to keep track of. We wanted to reduce the # of keys we needed on our key rings, while still being secure. He took a look and made a recommendation, to which we agreed. He then left, saying he'd be back the next day. He was back promptly the next morning, and he'd already done the work to get the locks and keys ready, without us signing anything or giving any kind of deposit. It took him about 2 hours to install all the locks, and then he was done. My wife and I really appreciate the quality of the work that was done, and how easy the whole process was.

Description of Work
Came out to the house to provide a recommendation/estimate, and changed 5 locks.

I was very happy with the service I received from Atlas Lock & Key. I found them to be very professional and courteous. They also took to time to find and order the handle set I was looking for, even though it wasn't a brand/model that they carried. I also liked that they are a legitimate locksmith company and properly licensed. I would definitely recommend!

Description of Work
Swapped out lock and handle on the door.

Description of Work
The work was done promptly and professionally. The price was very fair.

Description of Work
Changed locks on home after we moved in. Timely and professional. Called again a couple weeks ago when we thought we lost a set of keys and they were quick to respond and set up appt (found keys though!)

Description of Work
I have used them for locksmith services.

I've been having security problems in my home, so I made it very clear to them that I needed a high-security key. They told me that they would install the same key that use in their own homes. However, they ended up giving me a generic key from Schlage which was inferior to the key card I had already. I also changed the code to my vault, and I asked the locksmith not to write the code down and that I would simply make it something simple. Instead of being discreet, however, he yelled them out. In March, I had to hire another locksmith to do the work correctly, and he informed me that they overcharged for the deadbolt which should have been $40-$60 cheaper.

Description of Work
They installed a dead bolt and created a key.

They were very prompt, clean, and polite. I would highly recommend them.

Description of Work
Atlas Lock & Key rekeyed the locks to my house.

Mark has over twenty years of experience in the Locksmithing industry. He is a second generation locksmith. Our prompt & professional service truly separates our business from our competition.  …

We are family owned and operated by father and son, Steve and Nick DeSalvo. With over 48 years of service, we've become one of New Jersey's most trusted locksmiths, providing reliable and fast service to all our customers. Give us a call and receive help from residential, commercial, and industrial locksmiths. We are both bonded and registered with the FBI and hold an individual license with the State of New Jersey. When given a quote on the phone it is the price you are quoted, no surprises! We take great pride in our workmanship and look forward to doing business with you. Please call us today to schedule your appointment: (973) 625-5602  …

0% Interest Financing by a Local Company, 17 Years in business with factory trained employees. We offer extended labor and manufacturing warranties. For over 17 years, customers around the New Jersey area have trusted Morris Renovations Inc for their home-improvement needs. We have done their roofing, siding, windows, gutters, doors and much more. When you work with Morris Renovations, we make even the most challenging and ambitious custom home improvement ideas you have come to life without any hassle on your part. This is because we have extensive experience in our craft and contractors have been trained for over a decade in under the roof of our business right here in New Jersey. Since 2002 we have been providing the Northern and Central New Jersey with superb service that all our customers can rely on. We're dedicated to providing quality service day after day - our backbone is solid experiences and knowledge of our work and look to establish ourselves as one of the most reputable roofing contractors in New Jersey. At Morris Renovations Inc. we're proud to have crews that have been trained for the last two decades. When you hire us, we don't just send a person that is a general contractor or some kind of "repair man". We send a factory trained professional crew with a foreman who is responsible for your exterior project. Our crews are certified technicians who have been through the company's training and are part of the Morris Renovations family. Our crews appear on time, repair and install your desired service and follow it through with an inspection on completion to make sure that the roofing, siding, window, door, gutter installation was flawless. Unlike other contractors, our crews will finish the project, cleanup and leave with no trace of any debris or dirt.  …

No, Atlas Lock & Key Co Inc does not offer a senior discount.

No, Atlas Lock & Key Co Inc does not offer warranties.