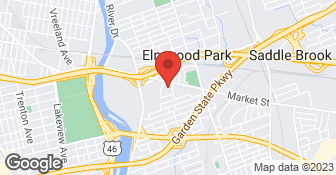 Located in Elmwood Park and serving all the counties....

They were good. They did a good job.

On 06/28/20, Mick Vata came to my house for an estimate of Chimney Liner Replacement. After giving me the quote, he asked me for other contractor's quotes. I replied to him that I wanted to keep it for myself. He put keep pressuring me. Eventually, I gave him an answer. After founding out his price was twice more than other contractors' prices, he became very nasty and rude to me. He said to me that I should not have asked him to come for an estimate. I replied to him that as a customer, I had the right to get 3 estimates for comparison. He was very upset and kept harassing me. Eventually, I had to ask him and his guy to leave my property. He is a very unprofessional, rude, and nasty person. He treats people with no respect. On top of that, his price is not competitive and is much higher than other contractors'. I won't recommend this company to anyone. Stay away from them if you don't want to be treated badly.

Great, I am very happy with them. Michael is very professional and knowledgeable, gave me very detailed description of what's gonna happen and gave me lots of options better for my budget.

Description of Work
They did some bridge steps.

They did a very good job. Their pricing was fair and they cleaned up after the job was done. I would definitely use them again.

Description of Work
They repaired my chimney.

hired them to repair the old chimney cap. they gave me a price on the phone which was ok. they came to house, but without the right size ladder. said they would return later with the correct size. never heard from them again, even after I called inquiring why they didn't return.

They were friendly, did the job fast with a cap that was way better than expected. They were greAT!

Approved Chimney was established by Vick Jakupi to provide outstanding service to both residential and commercial clients with all their chimney needs. Starting out more than 11 years ago his experience and expertise has earned him the credentials from CSIA (Chimney Safety institute of America). Acquiring the proper licenses and certifications has put his business at the highest level in chimney services. At Approved Chimney we believe in the highest customer satisfaction when concerning all chimney needs. From the annual sweeping to the most enhanced relining or rebuilding of chimneys in New Jersey area. All of our technicians are trained and Certified Liner installers and work closely with the home owners in understanding of step by step procedures of the work taking place.  …

Imperial Home Improvement LLC is currently rated 4.8 overall out of 5.

Are there any services Imperial Home Improvement LLC does not offer?