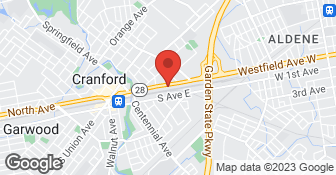 Harbor Consultants Inc. (HCI) is a progressive engineering, planning, and land surveying firm with over 30 years of experience in New Jersey. Our professional staff provides a full range of consulting services to our clientele on a multitude of projects. Utilizing the latest advances in technology, Harbor Consultants can expedite your project to meet the most stringent of time frames....

I left a message on Harbor Consultants' answering machine on 8/5/2014. I wanted to know how much they charge for a residential site survey. When they didn't return my call, I again called on 8/6/2014. The woman with whom I spoke told me that Harbor no longer does residential surveys.

Description of Work
I wanted a residential site survey done.

Description of Work
I contacted Harbor Consultants to provide a Flood Elevation Certificate. They were extremely flexible with appointment times. They were able to confirm an appointment with me and provide the agreed upon services within 5 days of my initial contact. The technicians were very punctual and extremely polite. The estimate provided was accurate and fair for the services provided. I am very happy with them and would definitely use them in the future.

After requsting three estimates from Angie's List A rated companies, I decided to use Harbor as they seemed to have experience and were the least expensive by $50 and $100. They did not provide a formal written estimate as one other company did, but the one that did took a couple weeks to get me the estimate and I had already decided to use Harbor. The work was done within a few weeks and no one needed to be at home at the time. 6 copies of the survey were mailed to us. The company responded to my phone call for the initial estimate request quickly. They were a little slower to repsond to e-mails, but always did in the end. I would use Harbor again.

Description of Work
Using copy of deed, developed a survey map of property used to gain approval to put in a new driveway

They came out a few days after I contacted them, and by the end of the week my survey was in the mail. There was a typo on my husbands name, and they corrected it and got me new copies the same day. I was very pleased with the work they did.

Description of Work
A land survey so we could get a permit for a deck to be added onto our property.

Woolf was very responsive thru emails...thats important to me as its impossible to get me on the phone. they came out twice...first to establish the property lines and second to place 3 corner stakes.....worker came out in windy 20F weather. All as promised PS above review from client stating wrong number is incorrect...thats is the current phone number

Description of Work
prompt and responsive

They were thorough and nice. They explain to me what was going on. They were also efficient and helpful.

Description of Work
I used the service of Harbor Consultants Inc. for land survey.

BUTLER SURVEYING AND MAPPING, INC. is a Bergen County based land surveying firm specializing in boundary and topographic surveys of all sizes. Our principals have worked together for the past forty years providing professional services to both private and public sector clients throughout all of New Jersey. Our key to success is the quality of work we produce, coupled with the timely service we provide to all of our clients.  …

Harbor Consultants Inc is currently rated 4.7 overall out of 5.

No, Harbor Consultants Inc does not offer eco-friendly accreditations.