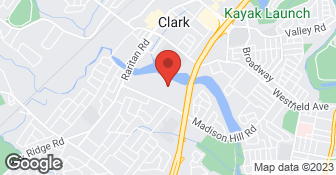 Carl Gates NJ plumbing License number 4485. We only work on a flat-rate pricing system. You know the price before we do any work and you agree to it first. We have 2 excellent plumbers.

Their work is good, but the price is excessively high

Steve, the company representative, came to give an estimate for a broken seal between the toilet tank and the toilet. On removing the tank top, he said I would also need new innards. The estimate was $400. When I balked, telling him that I could replace the entire toilet and have it installed for that price, he told me that would not be possible and that if I wanted to save money, he said he could do the work without replacing the hardware inside the tank for $350. The seal was later replaced by another company for approximately $100. I feel that Steve s bogus and high estimate was either a way of robbing the unsuspecting client or, in the case of a knowledgeable client, a means of getting at a minimum his estimate fee.

Description of Work
The work was not begun.

Drain cleaning. Hydro Jett. Camera inspection. Snake and plumbing repair. We guarantee your satisfaction and we won’t leave until the job is done right. We pride ourselves on the quality work we provide, while delivering great customer service! Check out our services offered and call or click to schedule a free estimate today.  …

A-AAABETTER PLUMBING & HEATING CO. is currently rated 2.7 overall out of 5.

No, A-AAABETTER PLUMBING & HEATING CO. does not offer eco-friendly accreditations.

No, A-AAABETTER PLUMBING & HEATING CO. does not offer a senior discount.

Are there any services A-AAABETTER PLUMBING & HEATING CO. does not offer?