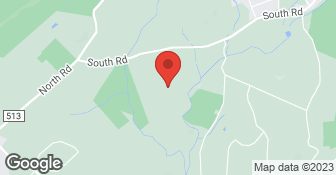 End result, I picked it up and paid $171. The vacuum works great; however, I was taken advantage of. FYI - unfortunately after the fact I found numerous BAD reviews on another website. Would never recommend them.

Description of Work
Vacuum dropped off Sun. 10/14 and specifically paid the $40 required to get an estimate before any work. Was told I'd get at call on Monday - no call. I called on Tuesday and they said service was done and ready for pick up. Asked how it could be done, never got the estimate? He said you should've paid $40 for an estimate. I replied that I did, and he then noticed that's correct. He said oh it just needed alot of cleaning out. He said I owed him $189 dollars (on a 4 year old $450 Dyson vacuum) and that he should've charged me $249, so it's a bargain. I reminded him that I never received the estimate and never expected to pay this much. Then the owner, took only $20 off. I felt my vacuum was being held hostage and had no recourse.

They did a good job and the technician was very good.

Description of Work
They repaired and serviced my sewing machine for me.

Chester Vacuum & Sewing Center is currently rated 3 overall out of 5.

No, Chester Vacuum & Sewing Center does not offer eco-friendly accreditations.