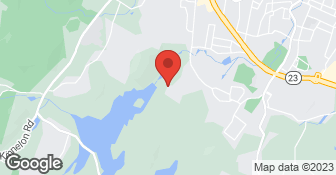 Jeff did a great job, he was very responsive and made sure that his staff knew what needed to be moved and where. You could tell that they had the experience to get the job done quickly and in a professional manner. I would absolutely hire again.

They arrived 1 hour late. Complained they were hungry and didn't have time to eat. Cost me more money because theysaid it took longer. Never emptied the truck completely so I am missing several important items. Can't understand how they could do that. They had to notice that especially when they went back to the business. I think they did it on purpose. They took advantage of me that i am an elderly person and was alone. I should have gotten on the truck to check but i couldn't make it. I trusted them. Jeff had seemed so nice when i spoke to him the first time. I trusted him. The items were in a plastic box and were all my son's West Point banners and items.. He is a grad. Also, my 10 foot antique bamboo apple picker that has been in the family for 60 years. Never taken off the truck. I called Jeff and he said i called him too late. The men would have put all in a storage unit that he has and could have found it then. I called him 3 months later and it is too late. But i am still unpacking boxes. I couldn't get to it right away. I had fallen that dayand was in pain so my mind was on that too. Truly disappointed. I guess he is not the man of integrity that i had hoped he was. I still want my items back. I will never recommend him to anyone and do all that i can to let people know what he did to me and my family.

Description of Work
Move all my belongs from Pompton Lakes to Pompton Plains.

Safeway have moved my piano by itself in the past and did a great job. I continue to recommend them for piano moves. They are careful and know what they're doing. However, standard moving is another story. The short explanation for the bad grades is a poor quality-to-price ratio. Piano moves individually are a flat rate, but the house moving service is by the hour. They told me they'd be there at 9am and arrived 2 hours late. I found out from one of the team they'd had a piano move before my appointment, which begged the question of why they'd set a 9am meet time with me when there was no way they could make it given they were coming from NJ. I understood when the bill showed up, in which they charged for travel time in both directions– an additional 450 dollars of expense. Now, I'm alright with paying a bit extra for travel time; they are, after all, on the clock. However, i felt it was a little dishonest to set an appointment that was impossible for them to make. Turns out the overbooking is a tool of the trade which allows them to bill extra. So, that's my main gripe. The other problem was the hack job they did re-assembling a desk of mine they took apart to move, wherein they used a different set of screws than the originals (probably because they lost the originals) and then tried to tell me the desk was flimsy because the screws were too small to effectively hold the pieces together. I had to get the proper screws at Lowe's and reconstruct the desk myself. So, the bottom line is, get a more local company than these guys if you need to move house in NYC, but don't hesitate to use them for piano-only moves.

Description of Work
Moved my piano and all my house furniture from Flushing, Queens, to Gowanus, Brooklyn

Safeway did a great job. They were very professional and made the move seemless. They only move pianos and you can tell that they know what they're doing.

Description of Work
I used Safeway to pick-up and deliver a spinet piano to my house.

We specialize in local and long-distance moving services! We guarantee your satisfaction, and we won’t leave until the job is done right. We pride ourselves on the quality work we provide, while delivering great customer service! Check out all the services we offer below and call -or- click to schedule a free estimate today!  …

From residential to commercial and everything in between, CertifyMyMove is ready to assist you in your transition. We have the committed staff and experience needed to take you where you need to go. CertifyMyMove is a division of Certified Relocation Services LLC. We are a fully licensed and insured NJ based moving company. We are in full compliance with all NJ Consumer Affairs (NJ-CA), as well as Federal Motor Carrier Safety Administration (DOT) rules and regulations.  …

Insured
All statements concerning insurance, licenses, and bonds are informational only, and are self-reported. Since insurance, licenses and bonds can expire and can be cancelled, homeowners should always check such information for themselves.To find more licensing information for your state, visit our Find Licensing Requirements page.
General Information
Free Estimates
No
Eco-Friendly Accreditations
No
Payment Options
Check, MasterCard, Visa
Warranties
Ask for details

Piano moving and any type moving.

SAFEWAY PIANO MOVERS is currently rated 4.2 overall out of 5.

No, SAFEWAY PIANO MOVERS does not offer free project estimates.

No, SAFEWAY PIANO MOVERS does not offer eco-friendly accreditations.

No, SAFEWAY PIANO MOVERS does not offer warranties.

Are there any services SAFEWAY PIANO MOVERS does not offer?