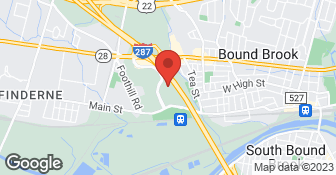 I brought a new garage door and motor on-line with a 15% sale discount in September. They were suppose to call me within two (2) business days to schedule to come and measure. They never called me. Finally scheduled the measurement. Said they will be there between 10:00 to 12:00. I took half a day off from work. I called at 10:00 to confirm someone is on the way and I was told I wasn't on their schedule for the day. However, they can rearrange and have someone come between 12:00 and 1:00. Showed up at 1:30, now lost whole day of work. Took five minutes to measure and left. Two days later, I get an email from Home Depot requesting a change order for more than double the original price for "reframing". Needless to say, I flipped a lid. Contacted Home Depot who contacted the installer. Pretty much their attitude was to take it or leave it. I canceled the order and had another company do the work. They did cost more than Home Depot's original quote, but no "reframing" was required and ended up costing a lot less than the combined change order cost. Keep in mind, Home Depot subcontract out their installation work, so your experience may differ. Tried posting my displeasure on Home Depot website, but they responded politely that this does not meet their guidelines for posting reviews. BTW - I did ask for quotes on the reframing and the other contractors was less than 1/3 of what the subcontractor from Home Depot wanted or I was just told reframing is not required.

Description of Work
I needed to replace my garage door and motor.

Description of Work
They did carpet installation.

This was the experience that will make sure I never use Home Depot Services again. - Went to Home Depot in Spring '2014 to look at doors, was told we had to pay $35 just to have someone come measure. - Took 2 weeks for someone to come out to take measurements, we were told we'd be contacted when the information was ready so we can pick out doors. - 2 more weeks went by, we didn't hear from Home Depot. - Called several times only to be placed on hold or told that we would be called back - we never were. - Showed up at the store after another couple of weeks, we were told the person who handles our file is not available, come back on another day. This repeated another 2 times before we finally escalated and asked for a manager. Someone else was magically able to then place our order for us. - It took 6 weeks for our door to arrive before we could schedule the installation. - The next available installation date was 4 weeks later, I'm not sure why we couldn't have scheduled in advance while the door was shipping. - On installation day, they installed the front door. Then proceeded to tell me "The front door wasn't the right measurement, but we got it to fit. There's absolutely no way we can get the back door to fit" What was the point of the measurement then? We were told we'd be contacted by Home Depot "shortly" - We called immediately on our own based on our experience so far, we got a call back a week later and were told the measurements were wrong and a custom door had to be ordered - for extra cost. Escalation was required to get the costs dropped. - Another 6 weeks for the door to be shipped from the manufacturer. This time we insisted on scheduling an appointment ahead of time instead of waiting another 4 weeks after it arrives. We were tentatively scheduled 8 weeks out. - When the rear door was finally installed, it was installed differently from the front. It was a crappy job that left pieces looking mismatched and as if it was someone's first time installing a door. If you're keeping track of the weeks, it's now Winter '14. We're now realizing that our doors were installed so poorly, that we had MORE drafts and cold air coming into the house than before. The 25+ year old doors that were warped, contained no insulation were actually more effective than these brand new doors. We called to complain and asked that the original installers NOT be sent back and new folks to come out if possible. We stopped keeping count of weeks at this point, but someone came out what seemed promptly - in the snow. They took a look at both doors and mentioned both didn't seem to be installed correctly. He would file his report and Home Depot would contact us. Home Depot called us a couple days later and said parts needed to be ordered (no estimate) and that they would schedule once the parts arrived. It was weeks before we heard from them again, but the doors were eventually redone. We no longer kept track of the weeks, but we do remember it was warmer out now, the snow had melted but it was still cold enough for us to know the drafts were gone after they came back. We thought..FINALLY, we're done. We were wrong. Summer '15, plastic/rubber pieces around the door fell apart. We called Home Depot, they have a installation warranty right? Sure... We again got a run around, Chris will call us back. Except Chris never did, nobody did. It was a part time job trying to track someone down to get this fixed, but once we made it a full time job. We finally got a hold of Chris...in Fall of 2015. We were promised the installer will give us a call to schedule it. It is now Fall'15. One and a half years since we decided to go to Home Depot to get new doors because the old ones were drafty. Now, they're still drafty because of the weather stripping. Since then, our 30 year old roof developed a leak. Based on our experience, we decided not to go with Home Depot, it has since been replaced and working perfectly. Our driveway has been repaved. Our gutters didn't handle the heavy winter snow, so we had gutters installed. Two bathrooms remodeled. Insulation added. Oven replaced. (We decided not to give Home Depot any of the projects due to this one, all have been a much better experience) Not to mention got pregnant, gave birth, and our kid is now learning to walk. At this rate, we have a better chance of our child learning to fix the door before we hear from Home Depot again. So as of today, I'm placing a call to a local door contractor. It will cost me my own money, but I bet they will have my problem fixed before I can get this installation guarantee from Home Depot.

They seem to have whatever I need. I like the availability of stocks. They help me choose the right product and would explain things to me. Their prices are average.

Description of Work
I used Home Depot for new caulking.

Description of Work
Charged me $35 to give me ridiculous price.

The experience was good and I had no complaints. They came on time for the installation. Their rates were okay. I would use them again.

Description of Work
I used Home Depot for carpet installation.

The workers at the Home Depot were punctual and prepared. They did a good job, but their products weren't what I was looking for.

Description of Work
I hired the Home Depot for my cabinet making.

IT WAS A GREAT EXPERIENCE. THEY HAVE A REALLY GREAT SELECTIONS, AND THE PRICES ARE VERY FAIR. THEY DID THE JOB EXACTLY THE WAY THAT WE WANTED, AND THEY WORKED AROUND OUR SCHEDULE. I HAVE ALREADY RECOMMENDED THEM TO OTHERS.

Description of Work
WE BOUGHT NEW CARPET FROM HOME DEPOT, AND THEY SUBCONTRACTED THE INSTALLATION.

At Build Up Construction, our company is based on the belief that our customers' needs are of the utmost importance. Our team is committed to meeting those needs. We welcome the opportunity to earn your trust and deliver you the best service in roofing, chimney, siding and masonry projects you have. No job is too big or too small for our experienced team. Call today for a quote.  …

We have the experience and the dedication to bring your dreams to reality! We guarantee your satisfaction, and we won’t leave until the job is done right. Call or click to schedule a free estimate today!  …

Insured
All statements concerning insurance, licenses, and bonds are informational only, and are self-reported. Since insurance, licenses and bonds can expire and can be cancelled, homeowners should always check such information for themselves.To find more licensing information for your state, visit our Find Licensing Requirements page.
General Information
Free Estimates
No
Eco-Friendly Accreditations
No
Payment Options
American Express, Check, Discover, MasterCard, Visa
Senior Discount
No
Warranties
Ask For Details

HOME DEPOT is currently rated 3.9 overall out of 5.

What days are HOME DEPOT open?

No, HOME DEPOT does not offer free project estimates.

No, HOME DEPOT does not offer a senior discount.

Are warranties offered by HOME DEPOT?

No, HOME DEPOT does not offer warranties.

What services does HOME DEPOT offer?