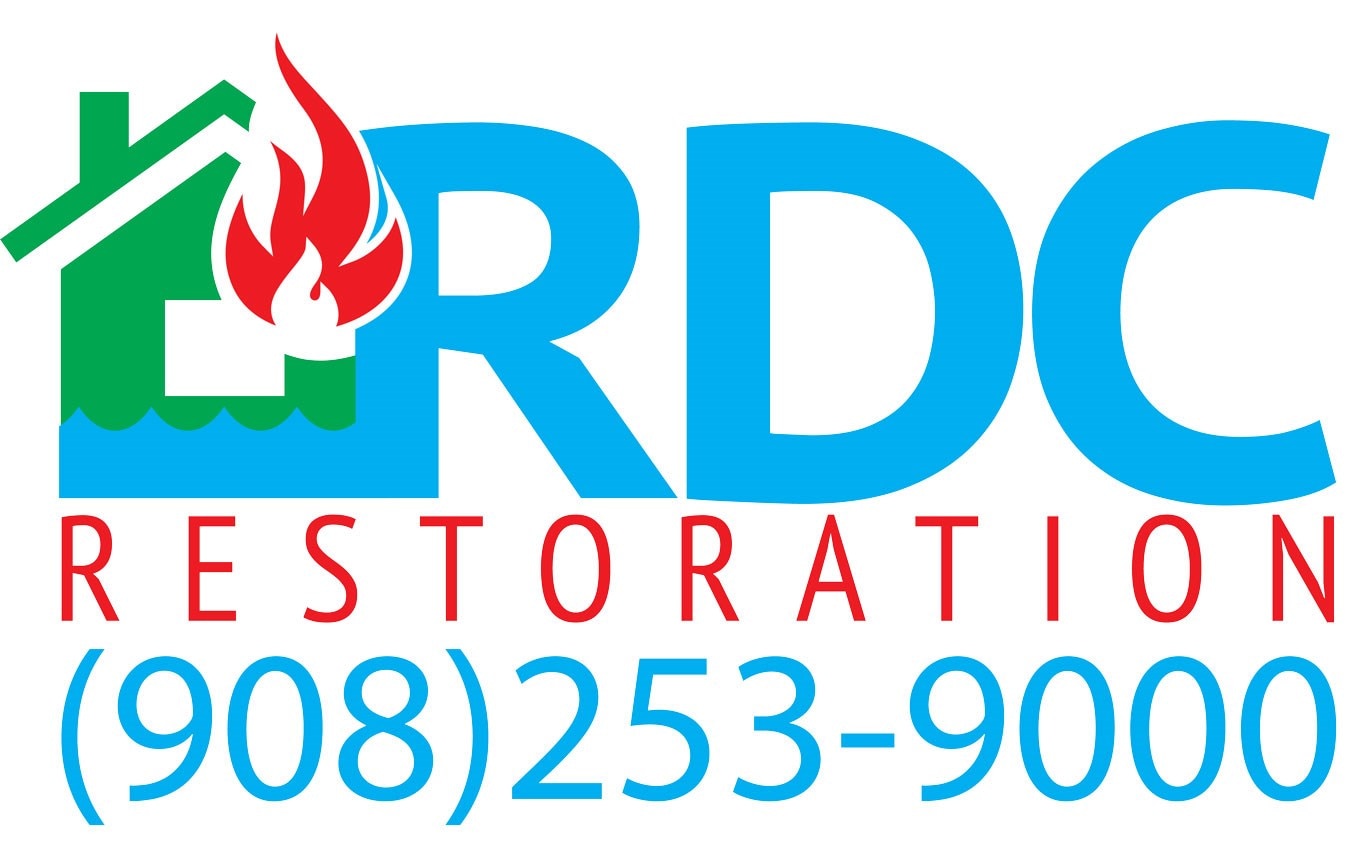 We used Russ and his company to help with continued water issues in our basement. His extended knowledge, professionalism, and willingness to help was outstanding. His crew was equally as good as they were diligent in following his instructions and making the necessary adjustments in a timely manner. He and they never made us feel as if this was just another job for them but rather that it presented a challenge that they were more than willing to take on and resolve. Great outstanding customer service and appreciation. Highly recommend him and his company to anyone having issues. For this man it is about integrity respect and honor for the service he provides and his clients.

The RDCRestoration team was recommended to us by the plumber clearing the waste pipe issues. A team of 4 men, headed by Tucker Brennan, did the restoration work on 4/1/2021. They removed carpet, plasterboard wall, and furniture which was contaminated by the flooding. They then sanitized all of the affected floor and walls, and provided many fans to filter the air to remove any mold or other waste residua. The fans continued their work for four days. Tucker was very efficient and thorough in the work. He was very patient in hearing our concerns and questions, and carefully explained the entire process, reassuring us of the thoroughness of their work. The RDC team was excellent in the job performed and terrific in their interaction with us.

Description of Work
Remediation after flood from waste pipes in basement.

Russell of RDC is as professional as it gets. We made an appointment, he called to confirm and showed up, and he did a thorough inspection of our basement. He's super knowledgeable AND super honest. He told me I don't need to install any fancy dehumidifiers; the two that I bought on Amazon should be good enough. He educated me about mold, made some long-term suggestions, and left without charging me a cent. I will definitely be using his services in future. Priceless to have found a professional who knows what he's doing and does not push for unnecessary work.

Description of Work
Consult on mold issue in basement

We came home to a flooded house due to a broken valve in an upstairs bathroom. Water ran through our home at high pressure the entire day destroying our upstairs bathroom and entire lower level of our house. We called Russell and he came out within two hours and immediately began the demolition and drying process, with success which included saving our hardwood floors. Russell was communicative and explained everything well through the entire process. He submitted all necessary paperwork in extreme and meticulous detail to our homeowners insurance as well to ensure the costs would be covered for drying and repair. A toilet tank cover got lost or broken during demo and Russell reimbursed us the cost. He was a pleasure to work with. I would recommend to friends and family god forbid something like this happens to them!

Description of Work
Demolition and drying of flooded home

Work took several days. They came as scheduled. Very professional, friendly staff. They completed the install of the French drain and cleaned up the area better than how they found it. We'd highly recommend them.

The service was fantastic, mold was totally removed, the workers were on time, they worked neat, & they were courteous. The owner was very honest.

Description of Work
They did a mold remediation & removal.

They were very timely and very good, explained all my wife's questions, and answered in detail

The service is fine. They came within 24 hours and they fixed the problem the next day.

Description of Work
I had a flood in my basement

During our home buying process, I spoke to Russell the owner personally. His company really stood out so that once we closed on our home, he was one of the first people we called for an estimate. He was personable and very knowledgable. He was also accommodating with our work hours and did come in the evening which I though was great. We liked him enough to schedule his services. In the end we decided to go with someone else local that was highly recommended in the neighborhood that did a great job. But I trust that if we had used this company we would have also been pleased with the outcome.

Description of Work
Provided an estimate for the basement on our new home purchase.

RDC Restoration is not only professional, but also very helpful in the process. They did a great job and was being very responsive to our questions and concerns. Russell and Kier are the nicest people you can ask to work with. I highly recommend them to anyone who needs their service. Cami T

Description of Work
water mitigation due to water damage from upstairs

Perfect. They were professional, helpful, and did the job when they said they would do it in a very timely fashion

RDC did a great job. Russell and his team found the location of the mold, eliminated and cleaned up the mold and the related damage, and helped us identify the underlying cause. When the plumbers finished their work, the contractor he recommended to put everything back together did a great job. Responsive, effective, and professional, I would call Russell and RDC again.

Description of Work
Identification of source of mold, remediation, removal, and clean up.

Thank you for taking the time to leave this nice review! It was our pleasure to work with you.
5.0

Russell and his crew performed extraordinary well! They went above and beyond in assuring me that my basement would restored better than it was prior to the flooding! We were extremely satisfied at the end . It felt even better when my own basement renovation contractor admired the finished product that RDC had done.

Description of Work
Removed damaged walls and debris that were also contaminated from the flooding. Performed air quality and mold testing .

Scheduled an appointment for the next day and Russell came out to our home for 9am. very quickly assessed what needed to be done and informed me that he would get a quote to me around 1 pm that same day. 5 days later and I have not received a quote, nor have I heard from him.

Description of Work
Waterproofing system in our basement that included piping and sump pumps.

[Member Name Removed] Sorry you did not receive the estimate. I personally sent it to you the day of the estimate before 1PM. Since the review I have gotten in contact with you and re sent the estimate 2 ways one via email and 2 via angieslist. If you have any questions or concerns feel free to contact us anytime. Thank you Russell
5.0

Kier (Contractor) Was polite, courteous, professional. He advised the issues i have in my basement. Provided a detailed solution in restoring my basement. Awaiting for tests results prior to moving forward in basement remediation.

Description of Work
Estimation of work needed in the flooded basement. Mold/Air quality testing. Temporary Sanitizing until remediation would be performed.

Russ came over the next day. Explained what needed to be done and what else might be necessary after the rug was removed. His team arrived as scheduled and cleaned everything up that day. Did not find any bad surprises! Hard workers; nice guys; and a job well done.

Description of Work
A toilet in our basement backed up. Water went from the bathroom, down the hall, under some cabinets and a closet, and into the rug in the main room, A plumber cleared the blockage. We needed to assess and remove the damage and any mold. We found RDC from Angie's List.

From our initial contact, through the completion of the project, Russ, the owner of RDC, was responsive, informative and flexible to our needs. He provided detailed information on the materials he would use, the scope of the work, time frame and cost. He provided us with status reports, including pictures, as the work progressed. His crew was neat and left the basement in pristine condition. All debris was placed in a dumpster and carted away. Russ is focused on providing his client with quality workmanship and a good client experience. He delivered both and therefore, I would recommend RDC to my friends and associates.

Description of Work
RDC preformed a remediation project on our basement. Due to prior water damage, the entire finished basement had to be demolished.

Russel came down and was professional, competent, caring & HONEST

While selling our home, the buyer's home inspection found mold in our attic. This scared the buyer and almost killed the sale. We called in RDC Restoration. They performed an inspection and agreed that there was mold present. But explained that in an older home in NJ there is usually mold present in the attic and that it could easily be taken care off and they would provide certification when the work was complete. The employees were friendly and went out of there way to keep things clean.

Russ and his team were great. First, Russ was able to come out the evening that we called him -- which was very helpful because we were in a bit of a panic. Second, he started work that week, and both he and his team were very professional, quick, thorough, and helpful. We ultimately had to remove the rug, 4 feet of wall from the floor upward, and put down anti-mold treatment. Russ' team also salvaged whatever furniture was not ruined by mold, and they cleaned the other items in the room with mold cleaner. While we did have to discard many things, Russ' team was also able to save a good number of non-wood items. After 2-3 days of drying out, the carriage house was dry again, and we could move to having other contractors come in to fix the leak issue and install a french drain. We would definitely hire Russ again if we had another disaster -- but hopefully we won't! He and his team were very thorough, responsive, and professional. Russ, in particular, is easily reachable via email -- which is helpful -- and responded very quickly no matter what time we emailed him. P.S. As a side note, a one-of-a-kind antique lock got accidentally broken in the fray, and Russ was also very good about instructing his accounting department to reimburse us for that repair. We had a very good experience with RDC, and we would absolutely recommend them!

No one called me back or responded at all

RDC did an excellent job. Professional, courteous, and on schedule.