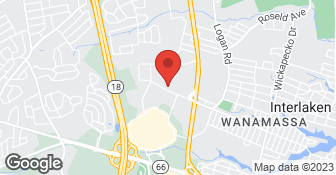 Renova specializes in oil tank removals. We understand the importance of getting the job done quickly and safely. Call us today at our New Jersey location for a quote....

Renova removed 2 tanks from a property that I flipped. They removed 1 tank from the ground for the seller of the property and removed an above ground for me after the purchase. For both they navigated the addl. logistics of Covid protocols, including the difficulty getting permits because the township offices were closed. Thru it all I was communicated with in a timely and professional manner and was very satisfied with the results.

Renova staff were very professional and friendly! They were able to educate me on all the steps throughout the process. They updated me on the status of the permit and scheduling of the removal of the tank. They were also able to provide a report for NJDEP since there was a small leak. The report was written quickly and I was able to receive my no further action letter within a week from the state. I had a great experience with all staff members.

The workmen took great care digging up the tank. They located and worked around three separate, unmarked buried electrical lines running from the house to the garage and right over the tank. We had known of only one of those lines and only had a general idea where it was. They performed all the required steps to ensure that there was no leak in the tank, from permits to final township inspection. Everything was by the book. I highly Renovo to anyone who has a buried gas or oil tank that needs to be removed.

The company obtained all permits and had the utility mark outs done. The crew showed up on time and were very professional . The old tank was removed and the crew had the township inspector come out and check the tank. The hole was back filled with clean fill and the area was cleaned up very well.

went well. They showed up when they were supposed to. They did the work as expected.

Description of Work
removed oil tank; did all the paperwork for the state as well

It went very well, the crew was very professional and got everything up to code. No complaints.

Description of Work
They took soil samplings, had to meet environmental codes. Removed the oil tank along with some contaminated soil.

My parents moved into their house in 1960 and the oil tank was already in the ground. When my Mom was thinking about selling in 2013, we knew the tank finally had to come out. We called a few places and selected Renova Environmental Services, because they seemed the most knowledgeable. When my parents switched to natural gas, in 1982, they had paid extra to have the tank completely drained of oil so we did not expect any surprises. Well surprise, the bottom of the tank held sludge and after it was drained and pulled out, there was an obvious hole in it. The NJDEP had to be contacted and we expected a long expensive process. Amanda Jagger from Renova put us at ease, she explained the process as far as testing and cleanup. Renova is an approved NJDEP contractor so they knew exactly what had to be done. Each step of the work was dependent on a test after the previous treatment. Once the problem area was identified, Renova removed the contaminated soil. Further testing revealed that the ground water was also affected. Renova installed a well so that the water could be collected and treated. After a pump truck removed two loads of contaminated water the site was oil free. Renova provided excellent communication, explaining exactly what had to be done and provided copies of tests that were done. They showed up on time and provided estimates for each step of the work that was done.

The property is a vacation home and we were not there when the work was done. We received copies of the paperwork that had to be obtained to do the work and a marker showing that any buried lines were identified prior to digging. We could see where the work had been done and the site restored after the tank was removed. We were impressed with how small of an area was disturbed and that there has been no settling of dirt where the hole created by the tank removal was filled in. From start to finish the communication with Renova has been good and timely. They quickly responded to our questions and we were very pleased with how well they took care of everything.

Description of Work
The provider removed an old oil tank that was buried on the property. This required them to get permits from the town, have the power company come and and mark where any buried lines were, have the oil from the tank removed, have the site checked to ensure there had been no leaks, work around two trees near the site of the tank and fill the hole.

I really had a positive experience. The provider was easy to contact. they provided a timely estimate including all the details for the process.their estimate was better than the competition. The whole event was painless! I wasn't even in town when they performed the job, but they kept me current with their progress. I definitely recommend this provider

Description of Work
The project was oil tank removal.

I bought a house with oil heat and an underground oil tank. I had tested the tank at the time of purchase, but had read all kinds of horror stories and wanted to get rid of it ASAP. First, I switched to gas heat, then went through the process of selecting a company to remove the oil tank. The size of the tank was unknown. The wild guess was that it was 550 gallon. All quotes came very close. I decided on Renova because of positive reviews on Angie's List. Considering that I could have an environmental disaster on my hands, I wanted to be present during the excavation. Everything was a "go", then Sandy struck and Renova was busy, then I was away. Finally, the job was scheduled for 12/28. The crew arrived on time. After they started the excavation it turned out that I had a 1000 gallon tank. Luckily, they checked out the picture of the house on Google and figured that it was a large house with a potentially bigger tank than 550 gallon. So, they brought more material to fill in the hole. Oil and sludge from the tank were removed, the tank lifted from the ground, and inspected by the city inspector. Then it was cut in half and placed on Renova's truck, the hole was filled. Renova charges for the bigger tank removal and extra oil (since the original estimates were for a smaller tank) were quite reasonable. The crew was very professional, and I would highly recommend the company.

Down Under Waterproofing & Foundation Repair

Down Under Waterproofing, Inc. is a family-owned business that has been providing basement waterproofing, foundation and structural repair, basement finishing, stucco, retaining walls and masonry services. to the New Jersey amd Eastern Pennsylvania areas since 2006. As a fully qualified, licensed and insured waterproofing contractor with over 2000 satisfied customers, we enjoy an excellent reputation and employ only the most effective and widely accepted methods in the industry.  …

Renova Environmental Services is currently rated 5 overall out of 5.

No, Renova Environmental Services does not offer eco-friendly accreditations.

No, Renova Environmental Services does not offer a senior discount.

No, Renova Environmental Services does not offer warranties.