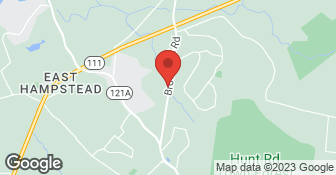 Please note that the ratings found here represent the approximate 3% of our customers who gained personal satisfaction in using this site to "vent" rather than contact us directly to resolve their frustrations. They would have had a much better result by contacting me personally to give me the opportunity to make things right....Thanks for visiting us!...

Description of Work
Insulation was blown into the walls of the house from the exterior. Replaced existing soffit vents with continuous soffit venting. Exterior of house was painted (and repainted the following summer, due to problems with the paint work). Demolition of shed. Demolition of small deck that enters into our house on upper level. Built a new deck to replace the one torn down. Installed 10 replacement windows, with one window needing reframing. Replaced one entry door and two storm doors. Removed electrical conduit. Performed minor repairs and caulking to siding and trim.

There was flooding in the area, so there were emergency charges. I think they're expensive. I haven't always liked their work. They will show up for emergencies, but they didn't install the water heater correctly in the past. Two years after they installed it, the area flooded because the water heater wasn't far enough off the floor. They didn't give us a very good break on the new water heater. The water heater wouldn't have been ruined if they had installed it high enough. They installed the new water heater too low, as well. I contacted them, and they fixed it. They gave us a $250 for a $600, and I thought that was obnoxious. They have shown up during blizzards while I had water coming through my ceiling. It's a mixed bag. Their prices have been outrageous for certain jobs. They aren't super cheap, but they aren't always out of line. They are very responsive. They are very punctual. They can do a lot of different things, and they'll show up in an emergency.

Description of Work
They repaired the furnace and replaced the water heater.

It is amazing that customers will use this site to badger contractors who, time after time, bail them out of emergencies. Our rates our far less than the competition and we stand behind our work. I am hoping that we will be taken off their list to call when emergency strikes or for any other work. We do not need the harrassment.
1.0

They didn't go by the plans about 90% of the time. He formed the concrete wrong in order to save money and now the concrete is shaped incorrectly and is different from the plans. The concrete is still encased in the wood and I have had to take them to court because the work has yet to be completed correctly a year after I contracted with them.

Description of Work
I supplied them with a structural engineer's drawings to repair termite damage and to build a curb to keep the termites from getting into the house.

Overall, it was a poor experience. The plumbing and electrical was done fairly well, quickly, and efficiently. Some of the workers seemed competent and knowledgeable. The rest of the work that was done resulted the worst contract experience I have ever had.

Description of Work
They did some drywalling, removing wallpaper, painted, electrical, and plumbing, and hung new ceilings.

It is amazing that we never received one comment from this customer at any time expressing dissatisfaction. However, he has the time to use this site to post negative comments about us. Kind of makes you wonder.....doesn't it??
5.0

AAA General Contracting Inc had a pretty fair price. The quality of the work was marred a little because they broke some things. They also got started a month later than they had said they would. They were very responsive to our calls and acted in a very professional manner. They used a metal detector in the clean-up which I thought was very impressive.

Description of Work
They installed a new asphalt shingle roof on my town house and over the porch. They first took off a double layer of shingles and cleaned up.

This company is not what I would call the cheapest place around, but the honesty and integrity levels are there. The owner would give you the shirt off his back if you needed it. He will tell you how to do something yourself if you can avoid having to pay him to do some minor type of thing in your house. He is always really good about communicating with us and letting us know what is going on. We just think he's a great guy who is really trustworthy and worth every penny.

Description of Work
This company installed all new wiring for the kitchen and basement in my 3000 square foot home. They also repaired some lighting problems caused by our tree guy when he removed trees.

This was the worst experience ever. When I signed the contract, AAA seemed to be reasonable. As soon as the work started, however, they were extremely unorganized, sloppy and cheap with their work and materials, careless with my property, rude (Steve Pascoe, the CEO), and expected payment prior to completing work sufficiently. They damaged my personal property not even in the rooms being worked on and expected me to overlook damages. They pinched pennies on everything. They used workers who always did the bare minimum to get the job done. The president could not have cared less about doing a decent job or making sure his workers knew what they were doing. He expected me to make sure work was done right even though I explained upfront that I am often out of town and did not have time to manage the work myself. He used extremely rude pressure tactics to try to get me to pay for lack of service and for inadequate work even after I had paid most of the contracted price pro actively.

We specialize in interior and exterior painting services, cabinet painting, staining, and more! We guarantee your satisfaction, and we won’t leave until the job is done right. We pride ourselves on the quality work we provide, while delivering great customer service! Check out all the services we offer below. Please call (603) 923-5059 for free estimate today.  …

I have been in the painting industry for 25 years. we specialize in interior / exterior painting, powerwashing, deck refinishing, cabinet refinising. My company is owner operated my crew is detailed oriented we take pride in all phases of the job.  …

AAA GENERAL CONTRACTING INC is currently rated 3 overall out of 5.

No, AAA GENERAL CONTRACTING INC does not offer a senior discount.

No, AAA GENERAL CONTRACTING INC does not offer warranties.