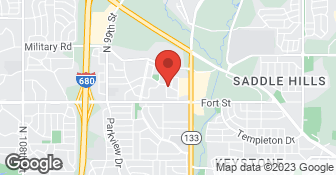 I was not at home when they came out. I saw nothing different in the yard either so I was not aware that they even came out. Then I got an invoice in the mail for $242.00! According the invoice, they sprayed the lawn for weeds ($43.00) but there was some mixup on their part and they also did a lot of other work I never requested which amounted to $242.00! I contacted the company and spoke to the owner Jeff Ferrin. No apology for the mixup and he refused to send me an adjusted invoice for just the broadleaf weed spraying only. I had to contact the BBB and file a complaint. The owner wrote that they had instructed me not to pay the bill. Which is completely and utterly false. The owner refused to admit they made an error and has refused to send me an adjusted bill. Without an adjusted bill they can still hold me responsible for the $242.00 and ruin my credit.

Description of Work
In August I called this company to have them "spray my lawn for weeds". Shortly afterwards I happened to notice a strange man walking around my front yard. I went out to speak with him and realized he was from Dependable Lawn Care. I told him that I needed to have my "lawn sprayed for the weeds". He did not write it down. He walked around the property and left.

Dependable Lawn Care does a good job on my lawn every week. We are happy with the service. They are dependable and timely. They are here every Thursday unless it is raining. Our lawn looks good. I would recommend them to others.

Description of Work
Dependable Lawn Care does the cutting and trimming of our lawn once a week.

Rokahr Lawns is dedicated to providing lawn care services at an affordable price. We provide year round lawn, grounds upkeep to businesses and residences. From the start to the finish, we make the process easy, keep you informed & will make your lawn the talk of the town.  …

We have the experience and dedication to bring your outdoor dreams to reality! Specializing in landscaping, hardscaping, outdoor living areas, and more! We guarantee your satisfaction and we won’t leave until the job is done right. We pride ourselves on the quality work we provide, while delivering great customer service! Check out our services offered and call or click to schedule a free estimate today!  …

At Legend Lawn & Landscaping we provide quality care and work to any Landscape. We specialize in Hardscape’s, and Landscaping, and have so much more to offer with our quick responses, quick scheduling, and excellent customer service! Call, Text or Email us today for a free quote to discuss turning your Landscape dreams into reality!  …

DEPENDABLE LAWN CARE is currently rated 4.4 overall out of 5.

No, DEPENDABLE LAWN CARE does not offer eco-friendly accreditations.