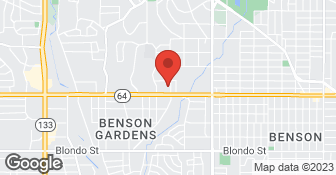 Ross is the EmeraldPro Painting professional for your residential and commercial work in the Omaha area. With over years of experience, Ross has the skills, tools, and know-how to get your job done the way you want it, when you want it. EmeraldPro Painting is here to personalize your painting experience and back it up with a 2-year warranty. Click the "Request a Quote" button and let's get started! EmeraldPro Painting Bringing Colors to Life We can provide you with exceptional quality workmanship and a customer-service experience that's second to none! So give us a call today! 402-204-4576 to schedule a visit for a free, no obligation estimate or visit us at our website to learn more about us. https://emeraldpropainting.com/omaha/  …

Premier Painting specializes in interior/exterior and commercial painting services with 15 years experience. We offer free estimates, quality and professional services, as well as superior work ethic. Professional references are always available. Call or email us today for any inquiries.  …

This job went extremely poorly in many different areas. Although we wanted the job to begin on a Monday, the owner emailed me and told me the job had to be moved so as to start on Thursday of the same week, Imagine our suprise when the subcontractor called on Monday and wanted to start the following day - Tuesday! Since we had made other plans, we kept the original start day, The job was bid so that we would provide all materials except for the tub. On the day the subcontractor called asking if he could start the job early, I explained we had most of the materials on hand. The fact that we were providing all materials became an issue during the initial phone call and he stated he did not understand why the job was bid this way and why we would want to be responsible for providing the supplies. When the subcontractor arrived on Thursday to begin the job, this was still an issue with him. So much so that he proceeded to argue with my wife over why we were doing this and that by doing this we would hold up the job (remember we already had 90% of the materials on hand and in the garage so he didn’t even have to pick them up)! He also stated that when he purchased supplies, the increase in price that is passed onto the client is standard in the industry and allows him to pay for his insurance and tools consumed on the job. At this point I had to step in and tell the subcontractor that the discussion would stop immediately or he would be taken off the job. I immediately called the owner and told him that his subcontractor had proceeded to get into an argument with my wife about how the job was bid and his displeasure that we would be providing all materials. I received an email back from the Bob’s ops guy asking for us to allow their subcontractor to buy his own supplies. I of course said no as the job had already been bid with us buying the supplies and the fact that the subcontractor had already stated he did not want to use the flooring adhesive required by the manufacturer to maintain the product’s warranty, did not want to use the grout required by the manufacturer, etc and that he would charge us more than the products cost in order to cover his insurance, expenses, etc. i also explained by us purchasing supplies we would ensure the materials purchased would be what we wanted and would ensure contractor grade materials would not be substituted that could violate the manufacturers requirements. Despite the already mentioned issues, neither Bob or another employee conducted an inspection to validate the quality of the work! In our case, we had purchased custom cabinets for the job. We provided the sub with plans depicting the dimensions and placement measurements and even pictures of the products so it should have been a fool proof installation. I was shocked when I checked on the job and although the mounting hardware was present, a shelf was missing from the cabinet. Imagine my suprise when the subcontractor told me that the shelf was secured to the top of the cabinet and he couldn’t get to it as he had already mounted the sink top. So in addition to having to obtain another shelf (custom so delaying completion of the job by at least 6 weeks), brushstrokes in the trim painting are noticeable, the door trim doesn’t come close to matching the existing door, a shelf was significantly not level and a nearby stained door had had paint slopped onto it. A final qc would have hopefully caught these issues. Overall a very poor job and I would not recommend using this contractor.

Very good. I found one that did a very good job.

Description of Work
repair outside of garage door

At the beginning of 2016 Ed from Bob's Home & Business Repair completely renovated two of our bathrooms. We are really happy with the work that was done. Ed was very thorough, had great suggestions regarding design, and was very easy to work with. The job took about a week longer than quoted (and as a result costed more in labor), but given the quality of work that was done it definitely was worth it. Even with the extra labor costs, the total charges still were about $15,000-$20,000 less than the quotes we received from two other highly rated companies on this site.

Bob came out and gave me a quote and I accepted the work. After the quote I never saw or heard from him again. He sent his tile installer, plumber and carpentry guy out to do the work. Everything looked great after they left. We couldn't use the shower for two days, so everything could dry. The first time my husband used the shower the water wouldn't drain. We had no drain issues before the new ceramic shower was installed. I called Bob and he said we would have to pay for a plumber to come out and unplug the drain. My husband told him that he needed to fix the drain issue, as he said everything was covered for warranty for a year. Bob was pretty snippy on the phone and he didn't want to pay for a plumber to unplug the drain. He finally agreed that he would send his plumber out and if it was caused by the new shower he would pay for the plumber. His plumber came out and he pulled out a lot of pieces of grout. His plumber said he would tell Bob the cause of the plugged drain. The next day his ceramic installer came out and was nasty to my husband and said he didn't cause the plugged drain. He said, there wasn't any grout in the drain. My husband stood and watched the plumber pull out the grout from the drain. Bob never called and asked if everything is okay and that he was sorry for the problem. Again, we never heard from him again after he got the signed contract. Now that we are using the shower, the water does not drain properly. It puddles up on the floor. The floor was not slanted enough for the water to completely drain. Also the shower head dripped water from the pipe. It was not sealed properly. My husband fixed the dripping. I used Bob as a recommended bath re-modeler from a friend of mine. I was very disappointed in Bob and his installer's attitude. I'm very disappointed in the work done for the floor, with the water puddling up. As a person myself with a business that handles a lot of customer service issues, it's extremely important to satisfy clients and correct anything that is wrong. A call after the work is complete by the owner to the client is always a must, to make sure you have a satisfied client. We never received a call from Bob only an invoice to pay NOW,

Work was performed on time, they cleaned up after themselves, and it looked wonderful when it was done.

Description of Work
We had a hall bath re-tiled and a new soaker tub installed. We also had a 3/4 bathroom floor tiled and a new shower stall installed. The tile work was perfect and Bob's Home Repair paid extra attention to every detail.

They took out all the shower tile and hardware and replaced it all matching the old tile and making it look like it was there all along. Could hardly tell it was redone.

Quality work. Took longer than projected....Only suggestion would have been to have Bob visit...at least come for a walkthrough upon completion.