ACS Door Services of Lincoln is a garage door specialist for residential, commercial, agricultural and industrial applications, proudly serving Nebraska. We would love for you to contact us, our team can give you personalized advice in purchasing a garage door, an installation that meets the highest industry standards, and unequalled after-sales service thanks to our maintenance and repair program....

They provided a high level of customer service and got the job done quickly.

Excellent! Highly recommend ACS. We called on a Friday evening (around 6PM) since our door would not open. We were given an appointment the very next day (Saturday) in which they diagnosed and repaired in about 30 minutes. Their employee was courteous, knowledgeable, and professional. We even got a discount for mentioning Angie's List!

Work done promptly and in a professional manner. In addition, he aligned the door and installed nylon rollers. The door never was so quiet even when new.

The pair of installers arrived on time, were courteous, neat and professional. They provided costs and estimated labor before the work was done, including some additional parts on my door to make it function better. While they had a little difficulty working with my very old door and some bent hinges, they made a number of extra adjustments and charged no extra for their additional time. They produced a smooth-running door opener that's now working great. My only concern was that they missed asking me for a lightbulb to put in the unit, so I still need to do that myself. Thank you!

Description of Work
My garage door opener was no longer working. I purchased a new opener from three choices provided and it was installed right away.

Great. Paul did a wonderful job. He has a great personality, explains what he is doing, how much it will cost and cleans up after himself. My garage door opener is so quite now. I open and close it just to hear how quite it is. I will do business with them if I ever need them again.

Description of Work
We needed a new garage door opener and the bottom of the door repaired.

The doors look almost like new and they work great now! We thought we were going to have to replace them with new doors so we were very happy when they were fixed instead of being replaced.

I used a company several years ago to repair a garage door for me and I was generally pleased with their work. I called the number on the sticker they had left on my garage wall as was connected with ACS and made an appointment for them to fix one of my garage doors. They were supposed to show up between 9:00 and 9:30 AM. They arrived at 8:20 AM without calling ahead to let us know. They replaced the torsion springs at the top of the garage door and handed me a bill for $555.00. Problems, in increasing order of severity: 1. They replaced the two old torsion springs with two new ones of different sizes. While this apparently works, it is my understanding that it would not be uncommon for the two different sizes to have different "cycle lives" with one wearing out before the other one requiring replacement before the full useful life is realized on one of the springs. 2. The repairman was here a total of about 40 minutes for which I was charged $120 ($40 travel charge and $80/hr with a minimum charge of one hour). That equates to about $180/hour for a laborer. That is unacceptable to say the least. 3. I was charged $399.00 for two "high cycle springs, drums, center bearing and plate". I was with the repairman while he replaced the springs and the only parts I saw being replaced were the springs. No other parts were replaced to my knowledge. He just slipped the old springs off and put the new ones on. I got the specs from him on the springs and found that two new springs which appeared to match these specs were readily available from several retailers I found on the internet for $50.00-60.00, including associated installation hardware. And that was presumably at retail. Thus, ACS's pricing appeared to me to be 5-6 times higher than other retail prices for the springs I found on the internet. When I called the company to complain, I was advised that the $399 for the springs included the 5 year warranty, and if I didn't want that warranty they could reduce the charge by $100. This option was not previously offered to me. Since the springs were rated to have a 20,000 cycle life (i.e.20,000 times for the door to go up and down) it appeared to me that I'd have to put the door up and down about 11 times a day every day for the next 5 years before they would likely wear out. I chose not to pay for this warranty. I did eventually receive about a $150 refund, with the work still costing me over $400 for about 40 minutes of labor and what looked to me to be about $50-$60 of materials. This is abusive in my opinion. I'm guessing that something has happened at the company, whether a change in ownership, management or whatever, I don't really know. What I do know is that in my opinion the charges for the work done were abusive and their arriving 40-60 minutes early without notice was not professional.

They were outstanding. They were wonderful and never tried to over charge me or rip me off. I feel they are a trusted company. The service tech arrived in a timely manner. It was important to me that he never tried to sell me a new unit. He cleaned up and they work was done quickly. He recommended the cheaper way to fix the problem.

Description of Work
They fixed my garage door opener.

I went to grab some lunch and when I came home I noticed my garage door had not closed completely, it was also slightly askew. I crawled under the door and tried to force the door to close completely. Around this time I noticed the cable on the left (as you look out) was not connected to the ceiling any more. There is a sticker near my wall-mounted opener with the company's number. I gave them a call and they said they could have someone out between 2 and 4. David, the repairman was there at or slightly before 2. He was nice, polite and he knew immediately how to fix the problem. I didn't time him, but he took maybe an hour and when he was done everything worked. He also gave me some hints/tips regarding rustoleum to help prevent my bottom brackets rusting again.

Description of Work
The cable on my garage door broke because of rust near the bottom of the door. David, the repairman, installed new cables and even made sure the upper right wheel was back on the track (it came out when the cables snapped).

A spring on our garage door broke - I looked in the phone book for a provider and this one advertised same day service. They were there in less than 3 hours, explained every part of the repair and gave me options. The technician, Matt, was very professional, very nice and I found him to be honest. I would use them again, though I don't think I'll need to anytime soon since he fixed things so well.

Description of Work
Springs, drums, center bearing and plate replaced, along with rollers.

The man that came out to look at it was really nice and professional. He was very courteous when he came back out to repair the issue. The issue was just as much my fault as it was his.

Description of Work
They came to fix my garage door opener. 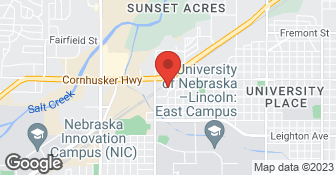 ACS Door Services is currently rated 4.8 overall out of 5.

No, ACS Door Services does not offer eco-friendly accreditations.

No, ACS Door Services does not offer warranties.