With Angi since January 2015 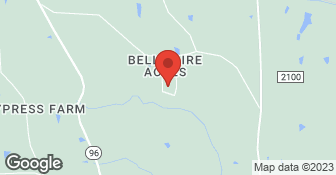 We are A Full Service Construction Co. From Home Improvements To Concrete To Brick Work we Are A 24hr 7 days A Week Ready To Help You In Your Time Of Need From Flood To Fire We Are A Prefered Co. With Most Insurance Co. And we Are A Certified insurance Clams co....

20+ Years of Experience! We count with a very professional and responsible crew. We do Decks, Patios, Interior, Exterior, and Pressure Washing etc....... We are willing to work around your schedule. On the week days, weekends, holidays you name it!  …

Anderson Painting & Power Washing is a family owned and operated business. We are fully licensed and insured. We adhere to a customer service guarantee, expect the highest of standards in our work,and complete a final walk through with the customer before the job is complete. A 2 year warranty applies to all exterior painting that we complete. We are a lead removal and renovation certified company. Contact us for a free estimate!  …

GC siding & painting is a company with more than 15 years of experience installing siding and painting either residential or commercial. Our priority is customer satisfaction. That is why we are a company focused on quality control and at the same time disciplined in production to finish the work before the schedule. our prices are competitive  …

I am completely dissatisfied with East Coast Construction of Zebulon, NC because of their poor workmanship, disrespect, and a total lack of professionalism. I used them in February, 2016 to lay the foundation for a room addition. In the end, we found that there were several problems with the group: 1. My framers immediately noticed that the foundation bolts were not securely fastened in the foundation wall. I checked myself, and sure enough, shoddy craftsmanship. I contacted them daily for several days, and Glen Jones claimed each day for 5 days that he would fix it, but never did anything about it. Ultimately, I had to take other corrective actions, and my project lost a week due to their ineptitude. 2. Neighbors complained that the crew repeatedly and loudly used profanity. 3. Neighbors also complained that the crew urinated outdoors and on the side of my house. I do not recommend East Coast Construction for any work whatsoever.

Description of Work
Lay footing and block and brick foundation for room expansion.

Glen and his son are hardworking - really professional. We had a problem that needed to be repaired on our front walkway. The installation by another company had been botched and resulted in too long a step at the end meaning the about 10 feet had to be removed, built up, and relaid. Glen came and looked at it, gave me an estimate, and came back the next day to do the job. Wow. He is originally a mason, like his father, but says he now is doing more than 1/2 of his work with construction and reconstruction of damaged homes after storms and disasters - Disaster home repair & debris cleanup. He would be a great guy to work with. Easy to reach and easy to work with. His card says he is "Fully licensed and insured and Insurance Claim Specialist."

Description of Work
Repaired a brick walkway, hauled of debris

With Angi since January 2015