With Angi since December 2012 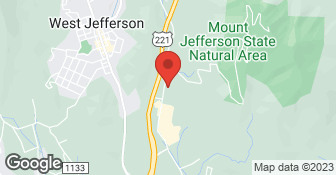 Our company has 16 years of experience in new construction and renovations and are most happy to join Angie's List schedule of contractors . We will provide our new client with an on site evaluation regarding the wants and needs of the customer, which evaluation will include a full scope of work and cost and will create quotes for work based on client's wish list and budget constraints. We pride ourselves as being focused on providing a cost effective budget for all envisioned projects. Upon acceptance of terms and scope of work in writing, the work will be scheduled to begin and will man the project until completion. We will provide all permits if required by law. We will be present at all required building inspections to be assured that the work is completed in accordance with local building ordinances. We will provide our client with a sketch/layout of the work to be performed for an easier visual for the client. All installations shall be completed pursuant to local code with quality workmanship, using quality materials. We are a local firm and value our customers as neighbors and strive to maintain both a professional and friendly, ongoing relationship with all our customers.  …

Mr. Ray performed shoddy workmanship in the bathroom and installing the floors. The plumbing in the bathroom was not plumbed to code. The laminate flooring was supposed to have an under-layment installed first, but he failed to install the under-layment. This resulted in extremely uneven floors, causing gaps between the floors and subfloors. He refused to fix these problems. We contacted the General Contractor, Jim Weaver, who also refused to fix the problems. After numerous attempts to get them to fix the problems, we filed complaints with the NC Licensing Boards for General Contractors against both Weaver and Ray. We filed a lawsuit against Weaver, who in turn filed a lawsuit against Ray. As a result of the lawsuit, it was disclosed and admitted by Michael Ray that he (Ray) performed unlicensed plumbing and electrical work in the basement of our home. Mr. Ray indicated that Weaver had full knowledge of the unlicensed work being performed. Mr. Ray was put on probation by the NC Licensing Board for General Contractors. In order to avoid jeopardizing his own license, Mr. Weaver bought the house back from us for the full price we originally paid for it, and paid our attorneys fees associated with this lawsuit, in full.

Description of Work
Jim R. Weaver of Mt. Jefferson Realty and River Rock Land Company sold us a new construction home. As part of the contract, he was to finish out the basement. He subsequently hired a subcontractor to perform this work. The subcontractor, Michael Ray, put up walls, ceilings, added a bathroom, installed a gas fireplace and installed laminate flooring.