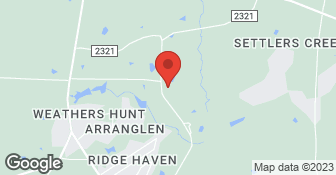 919-Plumber offers full service plumbing - sales, service, installation and repairs. We are locally owned and fully licensed and insured in North Carolina. 919-Plumber is your local Raleigh Plumber. We service Wake county and surrounding areas. Our qualified technicians provide honest, dependable workmanship when you need expert plumbing services for your home. We have a solid reputation of exceptional customer service, fast repairs, and affordable plumbing services

Everything was great, best experience ive had with any service at my home.

Jason located the water leak quickly. He repaired the leak and cleaned up so well you wouldn’t have known he had even been there. The pricing was well below other quotes I had received. Jason is honest and trustworthy! Will use for all future plumbing needs!

We called on a Friday, and the technician said that yes, his company installed/fixed well pumps. He said he could come out on Saturday but would have to charge us an emergency call whether or not they did any work since it was on the weekend. And he confirmed that if the pump needed to be replaced he could fix it while he was here on Saturday. So we said, yes, come out. He arrived and proceeded to look under the house at the holding tank, looked at the power/fuse box, and he looked under the well cover. But he did not remove the pump or check the wiring. He said that yes, the well pump, wire, and pipe needed to be replaced. He then said he'd check on parts and work up a quote and be in to see us shortly. After about 15 minutes or so, he brought in some prices hand written on a piece of paper. The prices ranged from about $9,000 down to $2,650, depending on the number of years warranty you wanted. The $9,000 was for a 10-year warranty, about $5,000 for a 5-year warranty, etc. We asked about the $2,650 because the last time we had the pump, wire, and pipe replaced the cost had been under $1,000. He said they used this really good piping and a higher quality well pump that would last for a long time...and that using it made the labor higher. We asked several questions, including challenging such a high cost for an extended warranty if the product was so good, and all of his answers were vague and unclear. So we thanked him and paid him the $200....which he had us make out our check to the owner and not the company. We did finally hire someone else from Angie's list, and the problem turned out to be just the wire. The well pump was and is fine. So a mere $250 or so later, our problem was solved. Beware of using this contractor!!!! A good contractor should (1) always be able to answer your questions, and (2) provide a written detailed estimate.

Description of Work
Our water went out Friday morning 6/15, and we believed it to be the well pump.

We keep your heating and cooling equipment working properly, performing at peak efficiency while insuring your comfort and keeping your air safe. We Guarantee 100% Satisfaction with all our work. The professionals at Air Experts have been providing comprehensive HVAC services to the residents of Raleigh, Durham, and Chapel Hill since 1986.  …

At Adam and Company Plumbing, we are your one-stop-shop for all of your plumbing, water heater, filtration system needs, and more in Raleigh and the surrounding communities. As a customer-centered business, you can count on our professionals to take the time to understand your needs, budgets, and other requirements before we recommend you the best options. To learn more about the full scope of our services and how we can help you, get in touch with us today. One of our friendly representatives will be more than happy to answer any questions you may have and schedule a consultation with one of our experienced plumbers. We look forward to hearing from you soon.  …

A A Plumber Inc

We are AA Plumber Inc, (P1-34321),licensed & Insured for residential and commercial. Please call our office to schedule an appointment at : 919-231-0035. Our certified plumbers are equipped with the newest technology to diagnose, repair, and replace any plumbing problem. We listen to customers, follow industry trends and improve standard products in order to provide a range of diverse and high-quality plumbing parts and products. A A Plumber Inc is there when you need us. You can rest assured that our experienced plumbers have the knowledge and equipment to provide the right solution for your plumbing problem. Let us design or service your plumbing system – nothing is too big or too small for us to solve. Need a plumbing retrofit? A A Plumber Inc excels in this area, offering innovative solutions to any retrofit need.  …

How is 919-PLUMBER overall rated?

What days are 919-PLUMBER open?

What payment options does 919-PLUMBER provide

Does 919-PLUMBER offer a senior discount?

No, 919-PLUMBER does not offer a senior discount.

Are warranties offered by 919-PLUMBER?

What services does 919-PLUMBER offer?