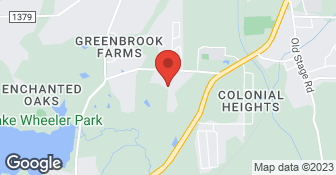 We offer a wide range of affordable home improvement, remodeling, and repair services please visit us at www.wingateconstruction.us...

As the area's ONLY VELUX Dealer Installer, Sun4Light provides homeowners superior products and installation. Velux Sun Tunnels and Skylights are manufactured in South Carolina and delivered to our warehouse within two to four days. Our team of installers has more experience in tubular lighting (solatube, sun tunnels, sola tubes) than anyone in the country! With a solutions-oriented approach to day-lighting, our specialist will provide you with the best lighting solution! All installations are warranted by the manufactured against leaking! Give us a call for your free in-home evaluation! Ask about how our products can qualify for a 26% solar tax credit. Beginning November 2020, Sun4Light,Inc. expanded product and service offerings to include roofing!

Ten time Angie's List Super Service Award winner Kelly Window and Door has spent the past two decades bringing life to the home improvement dreams of thousands of Triangle homeowners. We specialize in replacement windows and exterior doors. We serve Wake, Durham, Orange, Chatham, and Lee counties. Our expert consultants and installers are ready to lower your energy bills and maximize your comfort for years to come!

The project went very well. Communications from the owner were prompt and honest from the onset. Staff also communicated well. Work was done properly and promptly. All doors are now working. This company also does other renovation work and I would be happy to use them again.

DESCRIPTION OF WORK
Ongoing issues underneath the house. Have had two foundation repairs done in the past. In an area that wasn’t piered, there was major movement under the house causing all doors in the front of the house to not open or close properly. Had the house reinspected by structural engineer. They used Wingate Construction and I have used in the past to do some follow-up work by an engineer. Needed to perform repairs recommended by engineer and fix all the doors inside.

The crew arrived on time and usually early. Minimal disruption to my schedule. I was kept informed on progress. The floor system was noticeably sturdier after the job was done. Wingate was recommended by a structural engineer who did a full inspection. This was a very good experience. Would use again.

DESCRIPTION OF WORK
The house needed a second foundation repair and we needed to install piers and reinforce the flooring under the house due to extreme instability of the structure.

DESCRIPTION OF WORK
Wingate Construction was the general contractor that we hired to finish our attic space. The project took a bit longer than expected but Josh and his team did very good work and were easy to work with when it came to changes. I would definitely use Wingate Construction again.

The jacks that Mr. Wingate used rusted within months after the installation.  Additionally, they were not permanently attached.  Subsequent to the installation both a home inspector and another structural engineer said that the job should have been done using piers rather than jacks.  Since I am selling the house, I spoke to Mr. Wingate about this.  All he offered to do was attach the jacks at top...

DESCRIPTION OF WORK
We had had an inspection done by a structural engineer.  The engineer found that among other things, we needed to have additional supports installed in our crawlspace underneath our kitchen's center island.  Mr. Wingate poured footings and used jacks to support the center island.

In response to Mr. [member name removed] remarks about Wingate Construction. He does not give all the facts as understandable since he was well aware that the jacks being used were in his contract that he signed. He wanted to use these jacks to save on cost instead of using piers. This was his option from day one. Yes, I will try and make sure every homeowner is satisfied but there are A few that ...
5.0

First time using Wingate Construction. We needed structural repair to some joists as well as the subflooring area beneath a ground floor guest bathroom due to previous water damage. Work was completed at a very competitive cost. Vendor was on time and finished with excellent results. No problems at all. Would definitely consider using them again.