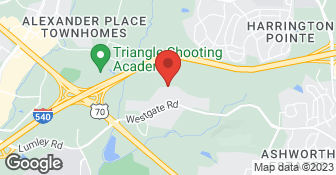 When disaster occurs, and it always does when you least expect it, call Professional Restoration Services, your preferred insurance restoration specialist. We are a full-service contractor who will mange your loss and restoration project from start to finish with our award winning craftsmanship. PRS is here to serve you with the utmost courtesy and care. We believe in working with our clients in all aspects of the claims process to ensure that the restoration is handles properly the first time. We are a fully insured, North Carolina licensed general contractor serving the Triangle Area with 25 years experience. Within minutes of your call, our IICRC-certified technician will be dispatched to your home and most times, on site within the hour. PRS will work directly with your insurance adjusters to save you time and money. Our on-call technicians are available 24 hours and use the latest, state-of-the-art technology for a quick, thorough, and guaranteed remediation processes. Giving you peace of mind when it matters most.  …

Serving the triangle area in property mitigation and restoration, PuroClean Disaster Response Services has earned a reputation as "The Paramedics of Property Damage." We do more than clean up after a property disaster. In response to every emergency, we provide a combination of exceptional property mitigation services delivered with an equal degree of compassion. We help rescue homes. We put businesses back on their feet. We help you get back to your life.  …

The drain was cleared efficently 7 promptly.

Description of Work
Opening a stopped drain in the kitchen.

Every thing appeared to be OK when the Technician left, but Within a month I had to call them back because the sprayer broke. The new technician said that it had not been installed properly and that is why broke.

We understand the inconvenience of your concern but hope that everything has been resolved to your satisfaction. We will be having a manager reach out to you to follow up with your review. Thank you.
5.0

I've used then several times now and have never been disappointed. They are always on time and do good work, for a decent price.

The service technician successfully unclogged the drain and was professional. I don't know if I got weekend rates, but it was very expensive.

Plumber quickly identified problem as outside clog and used a snake to dislodge it fixing the problem. Toilets, showers and bathtubs all draining normally.

Description of Work
Toilets were flushing, shower and bathtub flooding from drain

Company replaced a part on our toilet for free! What a great service!

I feel Roto Rooter was there to rob and try to take advantage of a woman.

Description of Work
These guys are thieves and need to be called out. Called Roto Rooter on 12/7. Informed them I had hot water heater that is leaking and appears to need replacing. I requested a service technician take a look at it and give a replacement estimate. They sent a service tech the same day which I thought was pretty good responds time. I was not home at the time only my wife. Service tech provided written quote of $3425.00 + tax to replace a gas/ direct vent 50 gal hot water heater. $2100 of it was for labor 2 guys 5 hours work. Technician offered $200 to drain the tank while he was there. I got 2 more quotes from other companies the same day comparing apples to apples. One quote was $1950 all inclusive + tax and the other $1880.00 + tax. I feel Roto Rooter was there to rob and try to take advantage of a woman.

Thank you for providing your feedback. We will be looking into your concern and a manager will be reaching out to you to further address your experience.
5.0

well, the job was done completely and correctly and the technician made sure things really were in good shape after the service was completed.

The plumbing work that was done was very good and the plumber was very professional. I have used Roto-Rooter in the past and have always been very happy with their work. However, I have a large complaint about the water restoration service, and will never use either division again due to it. 1. The plumber called a sales person from the Water Restoration division of Roto-Rooter when he saw that restoration services were needed due to the leak. The sales person strongly implied that I would not have to pay my $1,000 deductible when he got me to sign the water extraction agreement. This was after he had called my insurance company on his cell phone with me and they had informed me and him of the deductible. He said that as soon as you say "demo" (demolition?) that there wouldn't be any deductible. He said that he had done a lot of these claims and only one had been denied. I had originally wanted to call my insurance agent myself, but the sale person insisted that he make the call with me. 2. The ceramic light fixture in the crawl space was broken by the restoration workers. When I signed off on the work, I noticed the bulb lying on the ground, but did not notice that the part of the fixture that it is supposed to screw into was broken off and still attached to the bulb. I asked the workers why the bulb was out, and they said they didn't know anything about it. My husband distinctly recalls that the bulb had been in the fixture and working before the restoration workers started their work. When I paid the remainder of the bill after insurance (the $1,000 deductible) to Roto-Rooter, I told the person on the phone my complaint and was told to send an email describing the issue. Twelve days after sending the email, I had not heard back from Roto-Rooter, so emailed them again. At this point, the manager of the Water Restoration services called me and had me describe the incident over the phone with the salesperson listening in. The outcome of that conversation was that the manager got an electrician to fix the light fixture and said that the sales person would be dealt with internally, but because "he was not there when the incident happened", did not refund any of the $1,000 that I had paid. He said that what the salesperson meant was that the deductible portion would go to the replacement of the insulation in the crawlspace, which Roto-Rooter does not do. This was not at all what my husband and I heard the the salesman say. The manager also made it clear that he thought I should have known that the deductible would have to be paid by me, despite what the salesperson had repeatedly said to us at the time. I was glad when this issue happened that Roto-Rooter had added a restoration service to the company, but I don't think it's up to the high standards of quality and professionalism as the plumbing service. As both divisions reflect on the company as a whole, unfortunately, I cannot recommend the company anymore.

Wayne, Technician #3112, did an excellent job walking me through what needed to be done in order to retrieve rag washed down toilet. He not only did a professional job but made sure he cleaned up after work was completed.