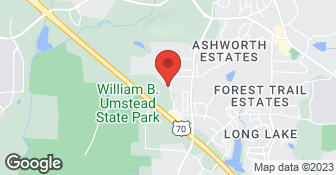 From the very beginning, there was very little communication with their staff. Staff/contact personnel were changed, fired and/or left. Dealing with the company has been a nightmare and extremely frustrating. I even called the president when as he was returning from vacation to ask for help in fixing issues. He assured me that everything would be taken care of. Soon after “completion” I noticed what appeared to be a “U-shaped” crack in the shallow end of the pool, some 24’ in total length. Soon after the discovery of the “crack” I noticed that the caulking had shrunk and cracked, and that water was able to leak from the pool to behind the pool wall. I sent pictures of the crack and the caulking, and eventually a Robert Helm came to see it. This resulted in him instructing me to drain the pool last fall. After the pool was drained, he came and inspected the clearly visible “crack” and determined that, using a hammer, that it was not actually a crack. Having said that, he was unable to tell me what the very visible “U” shaped line, looking like a crack was! He then decided that a complete washing of the pool plastering with Muriatic Acid was the way to go. Immediately after this was done, he instructed me to re-fill the pool. After it is now full of water it looked worse than it did prior to draining it. I originally told them that I was never happy with the original “look” of the plastering. It was not consistent but was “splotchy” – varying in texture and color throughout the pool. Now after the acid treatment there are large areas of dark blue lines some 12” wide. To say that I am very disappointed and unhappy, is an understatement. I sent pictures to Helm. He had no explanation. He said that he would come out to look at it the following week. When he didn’t arrive, I texted him and his response was … “I can’t keep coming out to look at the problems”!! The caulking issue still hasn’t been addressed. It is now summer and I want to use the pool.

I was more than pleased to work that's Mark crew did and he answered every question I had. Cold weather and rain delayed plastering, but the new finishes is better than expected. Don't let other companies fool you with their products, Pearl is THE company for pool plastering.

Description of Work
On going pool leak, cracked tiles, and old worn plaster, all needed replacing but wanted new finish that would last for 15-20 years. And Pearl had the solutions to my problems and could many options for every price point which I was looking for.

Very well. Because the summer is the slow season for pool plaster repair, Scott was able to get our job scheduled and done on time and basically on budget. We needed more plaster removed then originally estimated so there was a reasonable additional charge. Also Scott arranged for water to be replaced. I had an issue with the water company but Scott helped me resolve it

FREE 3D Design Consultation for Angie's List Members, Call Now! Anthony & Sylvan has been building swimming pools in North Carolina and South Carolina for more than 20 years and across the U.S. for more than 70 years. Because of this experience, we have the knowledge and know-how to build your dream pool. Whether you are looking to build a concrete pool or a fiberglass pool, our design consultants will help guide you through the many decisions that come along with building a pool – ensuring your new pool meets your needs and your lifestyle. In addition, we back every pool we build with the Anthony & Sylvan Lifetime Structural Warranty. Arrange for a free, no-obligation consultation and estimate today, and let Anthony & Sylvan turn your dreams into reality .  …

Bonded
Insured
All statements concerning insurance, licenses, and bonds are informational only, and are self-reported. Since insurance, licenses and bonds can expire and can be cancelled, homeowners should always check such information for themselves.To find more licensing information for your state, visit our Find Licensing Requirements page.
General Information
Free Estimates
Yes
Eco-Friendly Accreditations
No
Payment Options
Check, Visa, MasterCard, PayPal
Senior Discount
No
Warranties
No

Pearl Pool Plastering is currently rated 3.7 overall out of 5.

No, Pearl Pool Plastering does not offer eco-friendly accreditations.

No, Pearl Pool Plastering does not offer a senior discount.

No, Pearl Pool Plastering does not offer warranties.