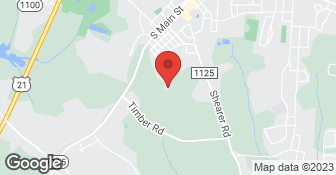 We will sub-contract roofing and tree removale...

I called them to get a quote and time that they could look at my mower. Surprisingly they said they would be there within an hr or so and would give me a detailed quote along with picking and dropping the mower back off. They arrived 3 1/2 hours later, but they quoted me a price of $40 and said they would have it back by the next day. I was so surprised by his price and eagerness to work I got one of my neighbors to give them their mower as well, and 2 other neighbors were interested as well. Again to my surprise (though somewhat unprofessional) the wife text me at 9:30pm saying they would drop the mower back of now. I told her it was a little too late and that they could drop it off in the morning. They dropped it off in the afternoon. Immediately after turning it on I heard and rattling sound and so did he. He looked at his son and asked him what he did (the son was a teenager by the way) and he said he didnt remember but that he thought he fixed it properly. When we tilted it over the blade was almost off. He tightened it and it seemed to work fine. I turned the mower on 3 days later to cut my grass and heard the same rattling after 5 minutes. I tightened the blade again and turned it back on, at this point it gave a loud pop a huge puff of white smoke and then it spit the blade out (again) and turned off. I called and called, left at least 4 messages and 3 text messages. I even called from different numbers but now their cricket is out of service. Stay as far away from these people as possible, angies list is becoming a joke!

Description of Work
Picked up my lawn mower for a routine oil change, tune up and blade sharpening.

Our pressure washer had not been used in 2 years and would not start. We called Handyworks and they came out the same day. After working on it yesterday for a couple of hours they needed to take it back to the shop. They brought it back today in great working condition. The price was very reasonable! They do more than small engine repair and I will be calling them again for other home related jobs.

Thank you for calling on us. We will be here when you need us. It was a pleasure helping you.

We do Any work that you eed done at your home. Remodle, Build, Clean, Plant, Paint, Etc...