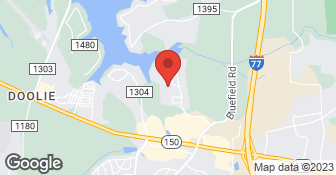 AdvantaClean has been in business with a strong presence in both Florida and North Carolina since 1994 and now has an expanded presence throughout the country through the use of Franchises. We are a Referal Based co servicing individuals and business when time is of the essence and professional expertise is required. We hold national certifications in all core services and provide continual training for all technicians to utilize the best techniques and equipment available today. We provide free estimates upon request

Doug and Jeff Bassinger arrived and gave us a free estimate within 48 hours of my contacting them online. They were punctual and professional. Upon viewing our large 1915 farm house they recommended a duct cleaning. They explained the process and reviewed our chemical choices for cleaning and killing potential mold threats. They also showed us evidence of dust and dirt in the ducts and returns. The free estimate included Jeff crawling under the house and discovering a ton of mold. Upon explaining what their game plan would be and it's price we went inside to speak with my wife. The cost of $3500.00 seemed fair for the amount of crawl space to be cleaned,scrubbed and insulated. They would also lay a vapor barrier under the entire crawl space. This is a HUGE job. We agreed to the work and the crew arrived on Monday early and worked all day. Tuesday the crew arrived early again and worked in driving rain, ice and snow without complaint. Wednesday the crew was early yet again and finished the work in frigid temperatures with high winds. The crew was hard working and friendly. The Bassingers were 100% true to their word on cost, and time required. This job has changed the quality of air we breath and eliminates a mold hazard that was compromising our health. AdvantaClean lived up to their estimate and I recommend them to anyone in need of duct cleaning or mold remediation.

Description of Work
Air ducts were cleaned. Mold was removed from crawl space and insulation and vapor layer was lain.

I couldn't be there when he came out to the house and he mailed me a bill for $150.00 and he never did anything. He told me his time was "very important" to take to come over to my house and that was the reason for the charge. He told me I could pay whatever I thought was fair. I thought this was unfair as he never did anything and he only had to drive two miles to get to my residence.

Description of Work
I had an appointment for a mold check in my basement.

While I can think of things I'd rather spend my money on; if you need work done under your house AdvantaClean Of Iredell County is a good company to deal with. Everyone I dealt with was professional, courtesy, and always arrived on schedule. They removed all the insulation and plastic ground cover under my house. While under there they discovered a problem that was out of their area of expertise. They were able to put their work on hold until I was able to get this problem fixed and then quickly returned to finish the repairs. I would gladly recommend them to anyone.

They came in and cleaned everything. They scrubbed the air and worked with me on price. I was very pleased with their service. They were very professional. They told me that I had a big problem. It was going to cost some money to take care. I had to replace the duct system from underneath the house for air conditioning. The entire house had to be completely wiped down and fogged because of the mold issue. It took them about a week to put these big machines in the house to clean the air. Then the guys came out and sealed all the vents. They fogged and wiped down every wall, the whole 9 yards. It took them about 2 or 3 days. They did a great job. They followed up with a mold test to make sure there wasn't any mold in the house; it sure wasn't. Insurance doesn't cover it 90 percent of the time. The initial estimate was around $10,000 and that included a dehumidifier under the house and a couple of other things. He and I had to knock down the list to a workable fee. If we needed to install a dehumidifier later we would do it. It came down to a total of $7,000. From my understanding, it is a very reasonable price. To begin with the price was high but he worked with me. He just gave me the initial and he told me that they do everything completely. He probably knocked that off and told that I could do that later. Anytime I left him an email, he called me back and he wouldn't even email me. He was always on time. The gentleman that I spoke to was Ron Weatherly. He is one of the top guys in the company. I have already recommended him to a friend who is using him for a moisture issue at his house. He is at his house right now.

Description of Work
I used AdvantaClean of Iredell for a mold issue in my house.

Doug was called for a free estimate and arrived right on scheduled time. He got in the crawl space, looked around and then came out to give me my options. Doug was very professional and just as pleasant. He emailed the estimate to me on the same day. On the day of the scheduled work, the techs showed up at the exact time agreed on (I could not believe it, having just dealt with a cable company!) They introduce themselves as Keith and Mark. These guys could not have been more pleasant, helpful, knowing or professional. I could go on and on. The bottom line is that they (including Doug) did A GREAT JOB! No clean up was required after their work at all and after what they did here...that was just amazing. I would have them back in a second if I needed the services of AdvantaClean again.

Description of Work
Discovered mold in my crawl space next to my A/C system ducts. Techs came out and removed all mold on ground and all surfaces it was discovered. After the mold was removed, we began discovering evidence of filthy duct work. I asked them if they did the duct cleaning as well. The answer was yes and they began work (not scheduled) on the ducts right after the mold in the crawl space was removed. The techs covered all vents and openings to the house to prevent any mold, etc. from getting into the house while cleaning the crawl space. They attached a large "vacumn" to suck out all the particles while cleaning in the crawl space. Once that was completed, the techs started on the duct work. The vacumn was used again and this time to suck all particles out of duct work. Every one of the vents was then cleaned of mold and treated for it as well. All particles were cleaned from the floor from the vents also.

We are an emergency service open 24/7. No matter what time it is, give us a call and we can help! We service Charlotte, North Carolina, and its surrounding areas. Whether the damage is caused by water or fire, or there is a need for mold remediation services, United Water Restoration of Charlotte is the number one option.  …

Have your Air ducts ever been cleaned? Do you suffer from allergies, pet dander,dust? Then you've come to the right place! Our trained technicians will be there to assist you with all of your indoor air quality needs. Call us today to schedule your duct cleaning appointment and you'll receive a free complete system inspection as well as no travel charge.  …

Need expert water damage restoration, fire damage restoration, and mold remediation? BioTek Environmental Inc. is based in Columbia SC and serves South Carolina, North Carolina, and Georgia. We are rated A+ by BBB, and we are proud of having served more than 2000 satisfied clients since 2007. Get 24/7 emergency help to ensure that your property damage needs are dealt with efficiently and carefully. We have seen it all, let us help you restore your home. For your peace of mind, we offer the best price guarantee and a 30-year bumper-to-bumper warranty! BioTek is a top 5% remediation/restoration contractor nationwide and we will be there for you when you need us.  …

How is AdvantaClean of Iredell County overall rated?

AdvantaClean of Iredell County is currently rated 4.6 overall out of 5.

What days are AdvantaClean of Iredell County open?

AdvantaClean of Iredell County is open:

What payment options does AdvantaClean of Iredell County provide

No, AdvantaClean of Iredell County does not offer eco-friendly accreditations.

Are warranties offered by AdvantaClean of Iredell County?

What services does AdvantaClean of Iredell County offer?