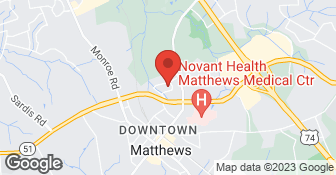 Full Service Junk removal by Honest, Uniformed, Nice, Knowledgeable, Students (HUNKS). Bringing "white glove" service to the junk removal business. We historically donate or recycle over 60% of what we take away. Stress Free removal of your cluttered areas (basement, garage, attic, yard or office). Let us show you how we Listen, Fulfill and Delight through the entire process

I would never use them again. Left our job for 2 hours, said to help at another nearby location. Said would have more help when return, which did not happen. When they returned they had a washer and dryer in our load. Price was on going negation. Talked with supervisor day before and he had no customer skills. Things left behind. Never use again. Terrible.

Description of Work
Clean out of attic a,d garage for donation.

So, here's the thing. If one thing had been amiss, I would never be writing this review. If two things had been amiss, I may not even think about writing a review. Because we had so many things going on that were wrong, I am eager to share my experiences so that others can think twice before using College Hunks. Here is what happened: before we employed College Hunks, I called to let them know that we had a bulky and heavy entertainment cabinet that needed to be moved downstairs. When the movers arrived the next day, they asked if I had a DOLLY that they could use. First sign that this was not a professional moving company. When they saw the cabinet, they said that it was too heavy and they couldn't remove it. Suggested that another team could come the following day with saws to saw it apart in order to get it downstairs. Not a huge deal because we were going to junk the cabinet anyway. The issue here is that we had told them about this cabinet and they were not prepared. Every time this company comes to your home, there are fees that are accessed. So the second day, they sawed our cabinet apart and brought it downstairs. In the process, they left a scratch in our hardwood floors that we discovered after they had left, They left drawers and a mess upstairs and were not thorough in completing their job. As they were leaving, one of the movers told me that if I tipped them extra under the table, he could remove some of the company charges. Not the best business ethics. I had scheduled to use them a third day to move a treadmill downstairs. When the operations manager explained that the job would cost about $249 without any guarantee that our house wouldn't be damaged, I cancelled the job. Now, here's where it went from bad to worse. I left an email to the owner of the business, Mr. Jeremey Harper. I explained all of what had happened and his first remark was one of disdain because I had written a poor Yelp review. He wanted to know why I hadn't contacted him first, prior to writing the review. I explained that I never contacted business owners prior to writing reviews. This goes without saying. Mr. Harper went on to say that he had learned that the customer is not always right. He said he was sorry that I felt that I had been wronged, but never gave.a true apology. He did not address any of the things that had happened. Not the scratch. Not the bribe by his workers. Not the unpreparedness. No ownership. No THANK YOU for informing him. Nothing except SMUG responses. I have reported this business to the BETTER BUSINESS BUREAU because other consumers need to be aware of what a poorly managed operation this is. Additionally, I have suggested to a local television station that they profile this story as a part of their consumer whistle blowing reporting. I have also reported this company to the NC ATTORNEY GENERAL. I have felt compelled to report a business to all these places. Based on how we were treated, other consumers need to be aware.

Description of Work
They helped out with my move.

I tried calling different moving providers because i wanted to move some furniture within my home and as i was going to give away one sofa and one mattress to a donation center , i wanted that moved to my garage. When i called for rates , all the companies not only had a 2hr minimum for 2 people owns hte Company but also added on a 1 hr drive time for a total of 3 hours. When i called the College Hunks and Moving, they only had a 2 hr minimum. ANd their charges were much more reasonable , it cost me $200.00 vs 400-600 dollars others were quoting . Also they scheduled the job at my convenience, sent me an email the night before and they showed up on time . Mr Church who owns the company showed up with the 2 movers. All of them were very professional and respectful. they moved all of hte couches very carefully without banging on the stairs or the walls They got to work right away and were finished with the job in little over an hour. As, i was talking to Mr Church , he asked me what my intentions were for the sofa and the mattress that were moved into the garage and i told him i was going to donate them and let the charity pick it up.HE told me that he would be happy to take them for me and to give me a receipt as well. HE stated that they pick up unwanted items and 85% of those they recycle. So to say the least , i will definetely use them again and would highly recommend them.

Thank you Mrs. Daftary for such a wonderful review. It was a pleasure meeting you and as a new business we really appreciate your trust in us to handle the job. Kind Regards, Danny Church Owner-College Hunks Hauling Junk & Moving

Dodds Flooring , serving the greater Charlotte and Lake Norman areas, brings 22 years of experience for all of your flooring needs. The owner, Michael, sets Dodds apart by offering personal care of your project with top-notch product and installers. Their specialty is tile, carpet, hardwood, LVP, stair treads, bathroom and kitchen remodeling etc...  …

Insured
All statements concerning insurance, licenses, and bonds are informational only, and are self-reported. Since insurance, licenses and bonds can expire and can be cancelled, homeowners should always check such information for themselves.To find more licensing information for your state, visit our Find Licensing Requirements page.
General Information
Free Estimates
Yes
Eco-Friendly Accreditations
No
Payment Options
Check, Visa, MasterCard, American Express
Senior Discount
No
Warranties
No

How is College Hunks Hauling Junk and Moving overall rated?

College Hunks Hauling Junk and Moving is currently rated 3.9 overall out of 5.

What days are College Hunks Hauling Junk and Moving open?

No, College Hunks Hauling Junk and Moving does not offer eco-friendly accreditations.

No, College Hunks Hauling Junk and Moving does not offer a senior discount.

Are warranties offered by College Hunks Hauling Junk and Moving?

No, College Hunks Hauling Junk and Moving does not offer warranties.

What services does College Hunks Hauling Junk and Moving offer?