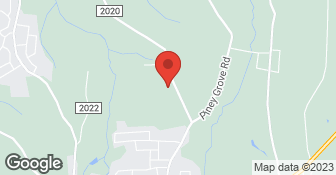 True Traditions specializes in custom window and door replacement. Our installers are Nationally Certified, we are a licensed General Contractor and also certified in Lead abatement. We carry several lines of replacement windows and regardless or your need, whether it be traditional replacement windows or historic replacement windows, we are your one source. Additional email address: info@truetraditionsllc.com...

We have the experience and dedication to bring your dreams to reality! We guarantee your satisfaction and we won’t leave until the job is done right. We pride ourselves on the quality work we provide, while delivering great customer service! Call or click to schedule a free estimate today!  …

We can take care of all of your handy man and painting needs.  …

Very pleased, always made sure things were back in place & clean. I will have more work done by them in the spring.

Sim and his crew did a great job. It’s been three years since the work was done. I still pleased and there haven’t been any issues.

Description of Work
They replaced a plastic tub with full surround of ceramic tile shower in my master bathroom.

Our home is 75 years old. We needed to replace the original, drafty windows. We did quite a bit of research before choosing True Tradittions. We were very impressed with their pricing and were blown away by their customer service & professionalism. From the sales process to the actual installation, everything was wonderful. I was very impressed with their attention to detail. And they even left my home cleaner than they found it after completing their work. There is simply not room enough to say all the wonderful things I'd like to share. I highly recommend this team!

The pricing quotes were spot on and yet lower than some competitors. The communication was great. One of the best parts of a multi step job. Planning was great and the work was done neatly. TT uses good sub contractors and TT visits to ensure they do the job right. The requested work was unique, and they did a wonderful job. Recommended!

Description of Work
True Traditions added a custom addition to our home by transforming a part of our garage to living space.

Last year, I upgraded my windows and doors for energy and home improvements purposes. After hearing everyone in the industry give their best, I chose Andy and True Traditions for the job. I liked working with Andy, because he was willing to answer any question regarding the best for my home. He even talked to my mother to reassure her that I was doing the right thing for the architecture as well as the energy improvements. Andy provided several references and I visited one to see the quality of work in several areas: windows, doors, siding. I also talked to other people and everyone was sooooo happy to recommend True. The actual work was done by Sim, Mike and Gamaro. This three man team was so professional and so courteous and so kind that I was immediately comfortable with them working on the house. I had met Sim when he came to measure and was very satisfied to see how he proceeded. Some people slop measuring and leave room for filler. Sim took accurate measurements because the windows were specific to the openings and the openings were all slightly different. ( all fit to a T by the way.) During the process, various problems with my home revealed themselves. Sim and the guys handled and fixed things and the results were better than I could have hoped. They also brought things to my attention so that I could experience their ideas and processing of the problem, rather than just saying "this is what we are going to do." I felt like they were doing the work, but I was part of the team, because this was my house and they wanted the best for me, and it. I can call if there are any problems, and since this is a weird world, there are problems to be had. Last Thursday, my front door quit closing. I tried very hard to get it to work, and I could not see what was causing the problem. I called Sim, and even though it was after hours, he came almost instantly to see what he could do. Within a half hour, he had it analyzed and fixed. I was grateful, VERY grateful. If I could have gotten to door to close that night, I would have waited until the next day. But I panicked, and Sim came, and my door is better than ever. Choosing True Traditions means choosing smart people who know their quality products, kind people who clean up so well every day that one can't tell they have been there, and professional people who will do whatever they can to make the job successful and the customer happy. I am HAPPY.

Description of Work
True Traditions replaced all my windows and doors.

I would highly recommend Andy Greene and Sim Gaddy (and his team) from True Traditions! They replaced all of my windows including some transoms and arched windows, as well as two very large picture windows and a large sliding door in my walk-out basement. Additionally, I had some reconstruction done around my front door, which entailed replacing a large amount of rotted wood. Sim is incredibly meticulous and treated my property, both inside and out, with great care and respect. He helped remove and replace window treatments and covered all the floors where they were working. He even vacuumed up after removing the carpet covers. Each day, Sim would let me know what the plan was for the day and at the end of the day, he would summarize and let me know what was next. Sim will probably tell you up front that he doesn?t hurry, and weather can definitely impact the schedule at times. But, knowing that up front made it OK with how the job went. I spent the first week at home just to see what was going on. After that, however, I was entirely comfortable with giving Sim a key to come and go, as he is always on site. I have honestly never been so happy with a contractor or the results! In my mind, Andy Greene and Sim Gaddy are truly upstanding individuals. While True Traditions frankly told me that they wouldn't guarantee significant home energy savings, my first gas heating bill after the work was completed said otherwise. Granted, my old windows were over twenty years old and didn?t fit well. But, the new ones obviously make a difference.

Description of Work
Installed replacement windows for my home.

I can't recommend True Traditions highly enough. Of all the folks I've had work on stuff over the years - they had the most attention to detail and concern about doing things carefully and correctly. Most people I’ve ever had working in my home left me with a constant need to clean up after them. Never with these folks. They touched up any paint that needed it. Cleaned up the work are every day so we we never living around their mess. Just an impressive attention to detail. The did such a good job of keeping me informed throughout, asking good questions, and answering any questions I had. they really worked hard to keep my project running smoothly.

This job could NOT have gone better! True Traditions arrived promptly at the time they had given me and worked tirelessly for two days to complete the job, finishing at about 8 PM to avoid the expected rain the next day. The new windows work smoothly and are the tilt in kind for easy cleaning. The windows are extremely high quality, with triple pane glass. True Traditions took great care to be sure that they fit in the casings properly and had no air gaps. The crew was very professional and friendly and dedicated to doing quality work. They repaired any wood that needed work on the existing casings and then wrapped the exposed wood with a high quality, beautiful aluminum wrap. I now have windows that will only need to be washed, never painted! After they left, I did find one window that had a small gap on the sides. They came back promptly and without question and fixed this. I elected to fix only the windows that I had experienced problems with and that was fine with them, not to replace all of the windows. As I have need to replace more, I will certainly have True Traditions continue their excellent work. It was nice NOT to be pressured or required to replace all of them at once! I would heartily recommend them to everyone (in fact, I already have given out their name)!!!

Sim was extremely professional in all aspects. The crew was efficient, careful and cleaned everything upon departure. I highly recommend True Traditions for home replacement windows and other improvements. My home consistently gets efficient ratings from Duke Energy and the triple panes create a great sound barrier against any street noise!

Description of Work
Installed new replacement windows and back door.