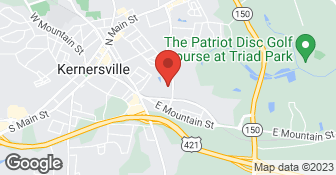 We are a 24 hour emergency response company for fire, water, and smoke damage restoration. We are a locally owned company that has been in business for 25 years. We work directly with insurance companies and private companies and people alike. Having an array of restoration services under one roof, Bridgeport Restoration fills a variety of needs. Our IICRC certified technicians and accredited mold remediation technicians have years of experience in their areas of expertise....

I recommend these companies as we are in a business. I used them to go in and deal with a problem when I have a client that has a problem. They dealt with some water damage on vinyl. I would give them an A rating all the way though. I would use them again.

Description of Work
Entire home restoration due to improper ventilation from propane hot water heater resulting in carbon monoxide poisoning and black charring throughout 4 stories of the house. Literally everything needed to be cleaned and/or replaced

Description of Work
Repaired drywall and base board after washing machine leak. They were on time and did quality work. I would definitely use them again. Work was done at my son's house.

We responded to their quote, asking for information on when they could start and how long the job would take. We have yet to receive a response. We are now looking at other companies. It's a shame - the representative seemed very knowledgeable and we were looking forward to having them take care of our problem. No service was performed.

Description of Work
We removed a wall after having a water leak in our basement, and there was significant mold. We called Bridgeport, and the representative came when scheduled to inspect and come up with an estimate. He was very professional and seemed to understand what was needed. We received an estimate by email several days later after having to call them twice. The price was significant but not unexpected, and it seemed to cover everything needed to safely remove the mold.

Description of Work
Bridgeport Restoration is truly an honest, professional company. They came out to help me identify a musty odor coming from a bedroom window. Because there was no evidence of mold anywhere (wall, floor, window) they suggested that first we try a mold killer on the window sill to see if that corrected the problem. So far, so good. I appreciate their honesty. I will definitely call them again if need be because I know they are only going to fix what needs to be fixed. Trust them!!

Removed mbr info, Thank you for your time and your honesty we pride our self on finding what is best for home owners and helping them with their needs. I am so happy that the anit-microbial is working and there was no need to do a full remediation. Call us if you need anything we are always more than happy to help.

Had a minor leak from upstairs that worked its way down to the kitchen ceiling, right before Thanksgiving visitors were to arrive the next week Gave us a good estimate better than some other local repairmen. The repairman made the sheet rock repair, cleaned up, and gave us his number should any problems come up. I sprayed the popcorn back to replace the old. Can hardly tell the difference. Great job.

Description of Work
Repaired the kitchen ceiling in a 3x3 area - water damage from upstairs leak.

We have an uncommon type of metal roof, and there were some delays and problems with subcontractors. However, Bridgeport resolved everything to our satisfaction. The work they performed was done very well.

Description of Work
Repaired damaged roof, gutters, and balcony covering after tree fell on our roof.

We settled on a price. I called and emailed and asked them to call me to set up a date. That was the last I heard from them. After a few weeks, I started calling around for other estimates and have now settled on someone else to do the work. They were very professional and good to work with at first - not sure why there was the drop off.

Description of Work
Came out for estimate. Suggested have roofer fix part and met roofer at the house (after completely missing/forgetting about one appt). Bridgeport never did the work.

They were responsible for all sub-contractors, such as the wood flooring company and plumbers. They were very professional and responsive and proactive about things that needed to be done. Overall, a very good experience.

Description of Work
Bridgeport restored our floors after a water leak in the kitchen and dining room.

When I realized that I had to get my air conditioning ducts cleaned out because they were filled with drywall dust (and the house is almost 20 years old and felt like it would be a good time to do it), I was shocked at the prices I found for doing this. Most places charged 600.00 or more.Bridgeport's price was EXTREMELY reasonable (I also used an Angie's List coupon for 20% off and they were happy to honor that). They were excellent. Two professionals came in with their cleaning equipment at exactly the time they had scheduled to come, and completed the job within 3 hours. Thy were extremely thorough, but they didn't take all day and didn't make a mess. They were extremely professional, but very friendly and gave me some advice on how to maintain a clean air conditioning system. I would highly recommend Bridgeport Restoration Services for any home restoration or cleaning.

Description of Work
Cleaned out all of the air conditioning ducts in our home. Sprayed ducts with a microbial foam.

Description of Work
I worked with Bridgeport Restoration on the recommendation of my insurance company after an ice maker line leak. It was amazing to me that such a small water line could cause so much water damage. I was impressed with Bridgeport's fast response time, careful documentation(including photos) and professionalism on site. Every employee and worker who was in my home was articulate/careful and did excellent work. I was informed of the steps needed and time frame involved on the restoration. I could always reach Carol,the owner,with any questions. I felt comfortable with the crew having access to my home even when I was not there. I would recommend this company unconditionally.I have no ties to the company and went solely on the recommendation of my insurance company(and am glad that I decided to do so). They are also a locally-run company which keeps the work here in our community

great see above for details

Description of Work
two friendly gentlemen came and were actually early proceeded to take apart ducts and clean with a large vacuum cleaned up most of the dust bunnies that fell, then spayed a microbial into intake air ducts and ran fan we then closed up the house and left for 3 hours. very pleased with the service and price.

I hope I don’t have to, but I would use them again.

Description of Work
We had a leak and we had to use a restoration company. We used Bridgeport Restoration Services about seven months ago. The insurance handled the costs.

I will hire them again. They were very professional and very good. The pricing was excellent.

We have always had our rugs cleaned by this company. They're very good and get the work done quickly. There has never been a problem in any form with them. The fact that they pick the rugs up and bring them back for a small fee is very convenient for us. We recommend them highly.

Description of Work
They cleaned our 3 oriental rugs. One of the rugs was 12' x 15' and the other two were about 8' x 10'. They came and picked up the rugs and brought them back.

My company can do complete remodeling to renovations to your home or commercial business. We have all the resources needed to do small to large scale projects. No job is to small or to large. We handle jobs within a 2 hr travel time from Raleigh down to Charlotte NC area. Give us a call and stop watching your problem go into an impossible solution when one call can do it all at Jerico. If we can't get it today let's try tomorrow.  …

With 20 yrs of experience, JP Cortes Painting has built a reputation for quality work with each satisfied customer. Our sense of pride, is apparent in every project we complete. Call JP Cortes Painting, today and we will be there in your time of need.  …

New local business owner, looking to serve you in your projects and show you the potential of how we can grow with you. 5+ years of experience and continuing with your help we are much appreciated for your business, no job to big no job to small.  …

Bridgeport Restoration Services is currently rated 4.6 overall out of 5.

No, Bridgeport Restoration Services does not offer free project estimates.

No, Bridgeport Restoration Services does not offer a senior discount.