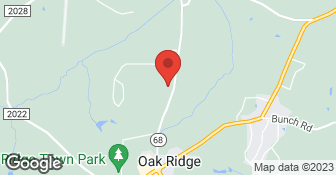 This is a part time business that I run with my two teenage boys. We enjoy working outside together and I believe it is important for them to work hard and take pride in what they do. But most of all we enjoy meeting people and making them happy. It's especially pleasing when we can help with a problems like drainage and cracked mortar. We work with several part time helpers. We like being able to provide them with work, very fair pay and help prove there are hard working Americans out there willing to work when you give them a chance....

Local owner business with over 8 years of experience. Passionate about serving our local community and continuing to deliver great customer service. Feel free to call or text regarding your projects.  …

JD Paint pros is a company of professionals who specialize in painting anything and everything. With over 20 years of experience there isn't a job we cant handle. Your satisfaction is our priority. check us out on google for more reviews and pictures @ JD Paint Pros LLC  …

First, let me begin by saying Jim is fantastic! I am currently undergoing a nightmare of home repairs thanks to termites. When my hardwood floors were removed to treat the termites many cracks appeared. All of the repairmen who saw it and a structural engineer that I spoke with on the phone believed they were the normal cracks that come from the foundation settling. While the flooring company planned to seal the cracks, I wanted an expert to look at them to make sure that was all that was needed. I definitely didn't want to put down new expensive hardwood floors, only to have to pull them up again someday. I couldn't find a "concrete specialist" on Angies List when I typed in concrete repair so I googled it and found Jim on another website. Another "concrete expert" returned my call first so when Jim called I told him I had already made an appointment with the other man. Jim was very nice about it and wished me well. Well, then the other man didn't show the next morning, so I humbly called Jim and asked if he would consider coming to inspect the slab. Not only was he very gracious, he agreed to come within the next two hours and was right on time. He reassured me that the cracks were indeed the typical cracks resulting from the home settling and agreed with the other repairmen that it had done all the settling it was going to do. There was no charge for the service which really surprised me. However, I did ask if he would write a letter stating he had inspected the floor and that it was normal cracking (my terminology) so I could keep it in my file in case I ever want to sell the house. That was the $50 charge which I felt was more than reasonable. I encouraged him to add to the bill for his time and travel, but he refused to do so. Mr. Riley is the epitome of the kind of repairman I want working on my home. I'm glad I don't have major structural issues, but I believe in asking an expert, not relying on the word of people who think they know the answer. Mr. Riley gave a detailed "lesson" to me on what to look for when you have serious foundation problems. All in all, I don't think you go ever go wrong hiring Mr. Riley.

We specialize in decorative concrete edging (also called landscape curbing) and walkways. In addition to this we are equipped to do small patio/sidewalk/shed floors that are 200 sq ft or less. Our other services include Mortar repair on brick walls and steps. Our part time workers are professional commercial painters and when we can we'll connect them with residential customers when they are in between contracts.

We don't do large stamped concrete patios or driveways - yet!