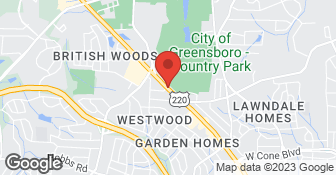 Trotter Brothers Flooring has been in business since 1982. We sale and installing all flooring. Carpet, vinyl, wood, ceramic, laminate, cork, bamboo and other speciality products!...

Cooper came by to look over the project said he will call me the next day And I informed him that I needed this job to be done ASAP since I wanted to put the home for sale. He did not call me the next day After several calls to him I finally got him on the phone Telling me he was out of town the price went up by $200 and he was booked weeks out. Why didn’t he just let me know when we initially spoke about my timeline. It was a total waste of my time and energy I would definitely not ever use this company if I have a flooring project.

dear [Member Name Removed] We do not know what the cost is until we look at the job visually. We had no intention to try to prolong our ability to execute installation or installation repair for any customer. At the present time of your need, the installation crews that we have and work with became booked. We will not send an installation crew to any customer that is not able to provide the skills needed to complete a job successfully. It was unfortunate that the floors were not installed properly in the beginning but we did not initially do the installation. Had we installed the floor in the beginning then there would not have been a charge. We wish you the best and hope you were able to get help elsewhere.
2.0

Mr Trotter promptly came by and laser measured basement, discussed options and left samples. Then we never heard from them again despite calling 3x.

Dear Mr. [Member Name Removed], I deeply apologize for my lack of response to you last September 2017. Unfortunately, I dropped the ball and I am extremely sorry. We usually stand out of the pack for quality in sales and service but failed to provide that to you. Again my sincere apologizes. Sincerely, Hunter Hunter S. Trotter
5.0

Their price was competitive, they were prompt and did a good job. We will be using them for further flooring.

Description of Work
They replaced the carpeting in our living room, and put tile in our kitchen and a sunroom. Their price was ompetitive, they were prompt and did a good job. We will be using them for further flooring.

There was one problem with a depression in the sub-floor, but they came back out and made it right within a day.

Description of Work
We had carpet installed throughout a whole house.

Trotter Brothers was able to accomodate my rushed request and got the job completed before my tenant moved in. The sales and installation team were very friendly and easy to work with.

Description of Work
I had most of the rooms in my home re-carpeted. I was in a time crunch because I was moving and renting my house out.

Provider was prompt in providing an estimate and providing information on the type and color of flooring. I was trying to match other hardwoods already installed. Once I picked out the flooring and paid the deposit, the installation was scheduled promptly. The installer arrived as scheduled and moved the furniture as needed. The installer and his helper were courteous and hard working. The job was completed in 2 days as estimated. I am very pleased with the result and recommend this company to others.

Trotter brothers are great to work with. Personal and professional.

Wonderful results delivered on time at a good price.

Description of Work
Refinished hardwood floors throughout most of the house, installed carpet in one room, tile in kitchen.

On initial contact this company was prompt, professional and courteous. This, plus the fact that they are located in my immediate area, led me to go with them. In the end however, although they were always courteous and maintained a professional demeanor, I waited three months for a job that was expected to take two weeks. At the two month mark, in the latter half of Dec, the company told me they would deliver the carpet, move my furniture and install it free of charge. Their exact words were, "It's the least we can do since you've waited so long." I never heard from them after that. TWO MINUTES IS ALL IT WOULD HAVE TAKEN for anyone from the company to call and let me know of any delays. They were open for business and anyone could have handled that quickly. At the three month mark, one month after the above interaction, I went to the store intent to leave either with my carpet or the money I had paid for it. My carpet was on the warehouse floor, unwrapped (unlike the other carpets laying with it) and dirty from laying unprotected for weeks. When I unrolled the carpet at home, there were leaves and other debris from the warehouse floor rolled up in the carpet. Nothing a good vacuuming didn't fix, but it just added insult to injury. My mistake was paying up front. I suggest anyone doing business with this company pay on completion of the work. I found them always courteous and professional in their interactions, but despite their stated intentions I found them to be ultimately unresponsive. I paid good money for a good carpet and expect reasonable service from the company providing it. It should not be necessary to demand a resolution to my purchase three months after paying for it. Next time I will be going to one of the other carpet stores in town.

Description of Work
Very pleasant to deal with and professional. I did not have the work done at that time. When I am ready I plan on calling them. I have every confidence they will perform quality work and for a reasonable price.

The work was completed professionally and quickly. We have used Trotter's for all our flooring needs for over 20 years. We are always satisfied with the workmanship.

Description of Work
Replaced one room of carpet and pad.

Excellent work by the two crews doing the job. The schedule was perfectly calculated and started and finished as originally schedules. There have been no problems with the craftsmanship of the installers or any problems with hardwood or carpets that were installed.

Looks great and they did a wonderful job cleaining up finishing

Description of Work
Installed new carpet and vinyl flooring throughout my rental townhouse.

I WOULD HIGHLY RECOMMEND THIS COMPANY. THEY HAD VERY GOOD SERVICE, AND WERE VERY RESPECTFUL. THEY TORE OUT THE OLD AND HAULED THAT AWAY. I FELT THE PRICE WAS A LITTLE HIGH, BUT WHEN YOU WANT THE BEST YOU HAVE TO PAY A LITTLE MORE.

M&M Carpet Cleaning is a full service company. We take great pride in our services. We specialize in Residential and Commercial properties. Our services consist of Carpet cleaning, and Landscaping. We are a family owned business, and dedicated to our customers satisfaction. We promise to leave no mess behind. We gladly give free estimates. Call us today for your free quote. We are fully bonded and insured.  …

Our dry carpet cleaning process in Greensboro NC thoroughly rids your carpet of dirt, stains, allergens and other dangerous contaminants and is dry instantly. Our carpet cleaning system even removes soil and detergent left behind by other carpet cleaning methods or inexperienced budget carpet cleaners. You'll Love The New Way To Clean Carpet! We Guarantee It!  …

Steam source has been servicing the triad for 10 years. With our highly trained and insured professionals we take great pride in our reputation, experience, education, and systems. Steam source conducts thorough background checks and drug screenings on all of our technicians. We do not use subcontractors. We offer consistent guaranteed results to ensure the satisfaction of our clients. Call today to receive one of our specials! May contact through email: information@steamsourcetriad.com.  …

Trotter Brothers Flooring is currently rated 4.7 overall out of 5.

No, Trotter Brothers Flooring does not offer a senior discount.