With Angi since October 2011 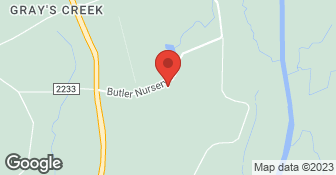 Pope Metals has built a reputation for high quality work done by professionals you can trust. While some companies make lots of promises of cheap prices and super quick results and then take your money and run, Pope Metals is proud to be the honest, reliable company that people have counted on for years. Pope Metals has been in the Metal Roofing Industry for over 15 years. We have experience in all types of metal roof installation and fabrication. We have worked with residential customers, industrial plants and many businesses throughout North Carolina and beyond....

I provide unique service to my customers since 2002. I polish metals such as Brass, Cooper, and Silvers. I restore these to there natural state or I can make a more antique look if customers request. I use a top grade quality lacquer with should last 8 to 10 or more depending on how cared for. Please contact me if you have any questions or concerns regarding and I will do me best to assist.

YG Services, LLC, is a Veteran owned and operated Roofing & Construction Contract firm servicing the greater Fayetteville, NC area and surrounding counties. Our reputation speaks for itself. The highest quality work completed at the most competitive prices. When you choose YG Services, LLC as your roofing & construction contractor, you'll feel at ease knowing that you're in good hands. We stand by all of our work!

Job was done in one day. They were very professional and neat. They replace a shingled roof with metal. The metal went over the shingle, they make sure your roof is in good shape. They did a very good job I would recommend them very highly. The price won't to bad neither.

They were prompt, they did what they said they were going to do, and the job was good when they finished. I don't have any problems with anything they did. From what I compared, they were very in line with their price and very reasonable.

DESCRIPTION OF WORK
I went with Pope Metals for roofing.

DESCRIPTION OF WORK
They were very professional.  We did recieve quotes from other vendors with shingle roofs.  This was a metal roof, and came in less expense.  They did have to replace 2 plywood boards that were "wet".  I had no idea that metal replacement roofs were put on over shingle/asphalt roofs, so you can imagine the insulation is even better. After we had our home equity loan approved, they scheduled the job.  They showed up on time, finished in 2 days, did an amazing job of cleaning up after themselves.   We have a dog that would find every piece that had been left and chewed on it, or stepped on it and cut her feet, so we were thankful for that. They did a great job.

Kenny Pope and his crew did an excellent job!!!  They were fast, dependable and excellent on the clean up job.  Our roof looks great!!!  This past year we have used several contractors for various jobs and always had some issues, whether it would be clean up, etc., there was always something.  We would highly recommend Pope Metal and we would definitely use them again.

I called six to eight roofing companies from Angie's List but did not hear anything back from most of them. I got only two responses. One of them said that he would be there sometime but did not give a certain date or a certain time. He came out and he seemed nice. He then said that he would send me an estimate but I never received any estimate. There was another company that estimated for $10998 ...

DESCRIPTION OF WORK
I used the services of Pope Metals in September 2011 for our roof repair.