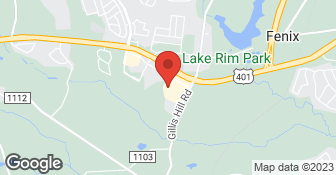 Welcome to Fayetteville’s First Professional Dog Waste Removal Service. We are the premier Pooper Scooper’s, Pet Sitters, Dog Walkers, & Pet Taxi Service for Fayetteville & the surrounding areas. PetTastics has been operating for 10+ years. We have promoted happy & healthy lifestyles for families and their pets and will continue to do so. We have been featured in the Fayetteville Observer several times and were the 2nd Place recipient of MSN Nation’s 100 Top Home Based Businesses!...

Awesome tag ,so unique and everyone compliments on it! I'm leaving this review so pettastics can donate a cup of food to a local shelter or rescue! Thank u Delia M.S.

Description of Work
Dog ID tag like a humans

Hire PetTastics now!! There are enough words to describe how thankful I am for the entire PetTastics family. Peter and his cousin have been our primary walkers for 6 months. We have hired dog walkers for over 3 years and PetTastics have been the most responsive, supportive, affordable, reliable, and friendly professionals my family has worked with. We are true animal lovers and so is the PetTastics team. I recommend this company to anyone and I promise that you will not be disappointed because their personal care for your furry family members is 100% top of the line!

I called PeTastics and left a message, and Alex called me right back to see how he could help. I explained what needed to be done and he said he would take care of everything, and he did. He was really busy due to the storm outages and other problems, so he wasn't able to get to our house until after 8 pm, but he made sure to get there as promised and he took care of everything. He called me back to let me know that our power was back on and to give me an update about the cats. I can't tell you how much I appreciate that kind of dedication and commitment. He could have told me that he wouldn't be able to make it due to his already heavy workload, but he never hesitated to help. It was such a relief to know that the cats were okay and that we had power and could return home.

Description of Work
I needed someone to feed our cats when we were stuck in Wake Forest for 3 days after Hurricane Matthew went through Fayetteville.

They arrived at my house and introduced themselves. Very polite. They were in the backyard for about an hour cleaning up the dog waste. When they were done they let me know and got rid of the dog waste. Then during the next few weeks they came every Friday to clean the backyard. If I wasn't home they still came a went and left me note to let me know they had come.

Description of Work
They came a picked up dog waste in my backyard once a week. They started the service with a full yard clean up.

How is PetTastics overall rated?

PetTastics is currently rated 5 overall out of 5.

What days are PetTastics open?

What payment options does PetTastics provide

No, PetTastics does not offer free project estimates.

Does PetTastics offer a senior discount?

No, PetTastics does not offer a senior discount.

Are warranties offered by PetTastics?

No, PetTastics does not offer warranties.

What services does PetTastics offer?