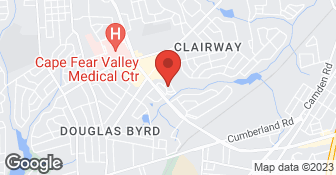 Very well. My seal had pull of, but still in very good condition.

Technician came out three times and was extremely late or had to reschedule two of those times. He attempted to fix our Samsung dishwasher, but after paying almost $260 it was still not fixed. While trying to fix it, he was googling the error codes to figure out what they meant, which really didn't give me too much confidence in his repair knowledge. After a third trip out to our house and the $260 payment, he told us if there was another error code on the dishwasher, then another component would need repair, if the dishwasher wasn't fixed this time. We told him we would not put anymore money into it, as a brand new dishwasher was not that much more. He told my husband he would refund half of the $260, if it was still broken after this service call and we would need to buy a new one. That was on 6/20/2020. I called him and left a message a couple hours after he left to let him know it was still broken. He never returned my call from that message, so I texted his office that same night to let him know I wanted a partial refund or I would be putting a bad review on Angie's list. His receptionist texted back and said she would see what need to be done to rectify the issue. After not hearing from him by Monday afternoon, I called him again on 6/22/2020 and he said he would refund us the $130. I haven't received that money yet or any further communication to let me know when, if ever, we would be getting a refund issued. I would not recommend this company for any repairs.

Description of Work
My refrigerator need to be repaired

we are so sorry about your lost of food however we called you multiple times yesterday to reschedule due to the inclement weather and the advisory . All our technician had to get off the road we call multiple times but no one answered ... again we apologize for any inconvenience. Please call me directly at 9107583981 if there is anyway we can assist you getting this resolved.
2.0

Repaired on a Monday and went back out on the Friday of the same week. Lost over 100$ in frozen foods. Came out again and said he needed to send out a welder. Welder never showed and our calls are going unanswered! Paid almost 600$

I so sorry you felt that way at the time you wrote this review. But I'm sure you do not feel the same way today as we went above and beyond to get your problem solved and your refrigerator is now working fine. And thats how it should go we stand by our work always.
5.0

Excellent! They were punctual, professional and knowledgeable. Would use them again

thank you , we appreciate your review.
4.0

The company never called me to set up appointment.

Respectfully speaking we were never contacted by you or anyone affiliated, we have no contact information for you .it is unfair and unreasonable to leave such a review for us . We don't have an idea what service were you seeking or even if that is a service we offer please examine this review or call us at 910-758-3981.
5.0

They did the work in a reasonable amount of time and it was done very well - the stove worked! They had the part which was required - new in the box. I would definitely hire them again because the cost was so reasonable also.

I called OC Electronics at 4pm and told them what the problem was, my dryer was by heating. He asked when did I want them to come out to look at it and I said now if possible, they said that they could come at 630 and he was there. They accessed the problem to me the cost repaired my dryer all within 30 minutes. I will call them again if I am in need of a repair.

They were able to quickly assess the issue and when they came, were able to quickly finish the repairs. Our only negatives are that they do NOT do a good job communicating with the customer. They did the initial assessment and ordered the part. They set an appointment for 9:30 AM the following Monday. 9:30 came and went and at 11:30, my husband finally called and they said that they were waiting for the part which was ordered. I understand that; however, it would have been thoughtful on their part to let my husband know that they were on hold. The gentleman said that they would call when the part came in and he did. Dishwasher is now fixed. They were quick and thorough. I just wish that they did a better job communicating when there is a delay.

Description of Work
Replacing the control board on our dishwasher

thank you for telling us your honesty experience, we apologize for that fraction of delay , it was solely due to delivery of parts but we are happy you are satisfied with our work and the problem is solved.