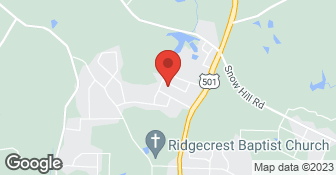 At Coped Corners Carpentry we pride ourselves in the customer service we give our clients. Going above and beyond for our customers is standard. We believe the only way to get high quality results is to begin with high-quality material. Our standard is to be above the standard and thru over the top customer care and master craftsmanship is how we intend to prove it

It went very well, the price was reasonable, they work and the owner where professional and were please with the work. I will recommend them to others.

Description of Work
They did a full kitchen renovation.

It was excellent. He was very prof, good attitude, he did what he said he would gonna do and he was prompt and on time and it was an overall good experience.

Description of Work
He helped us with a bathroom renovation and he installed a small deck.

Devin came over for estimate to measure and said it would be no problem to perform these 2 items. He estimated it would take 1.5 days but he finished it all, including painting, in 1 day. We were very pleased with his professionalism and cost which was very reasonable. We would definitely use him again for his services.

Description of Work
The service was excellent. Devin is meticulous about his work and pays attention to detail. He provides exactly what he promises to deliver and actually listens to your wants but will also make suggestions when needed. He completed our kitchen renovation and organized everything including demolition, painting, new kitchen and hall floors and installation of cabinets and lovely granite countertops. I was happy with the timeline and got a few surprises along the way, like the design of my hutch and handmade leg so that it appears as a built in piece of furniture.

These guys were amazing! I originally hired another trip carpenter to turn two closets into a reading nook and a mudroom of sorts. The guys sent drawings that looked right but came and built a completely different thing. When I said I wasn't happy with it and it didn't look like the drawings I agreed to his response was, "gee sorry you aren't happy with it" So I called Justing Hill of Coped Corners and asked him to come give me an estimate to fix it. He and Devin both came to look at it on a Saturday morning, just because that was the most convenient time for me. They looked at the original plans and asked me a ton of questions. They specifically asked what my budget was and then wrote an estimate for that amount, volunteering the wording that they would get my approval before any piece was installed. The day of the job they arrived ten minutes early and went to work taking out the other stuff. Then the reconfirmed the proposed plan and went to get the materials, returning with a receipt for everything, (which I didn't even ask them to do.) Throughout the course of the day they stopped to ask about every detail and even offered a couple of suggestions for improvement. I agreed to their improvements and could not be happier I did. The work looks AMAZING! The original carpenter said he could not do several things I wanted because he would have to come and do all the work on site instead of building it off site and just coming here to install it. I was too naive to know I had a choice. These guys are truly professional finish carpenters who understand the meaning of custom work. I lost some money with the original guy, but the work these two did was so much better I don't even care. Just wish I had found them first. Not a week goes by that I don't look at their work and announce to whoever how glad I am I had them come and fix it. It has completely changed the feel of the rooms it is in and everyone who sees it raves about it. Oh and they were cheaper than the other guy!!

Description of Work
We hired a carpenter who completely botched the job and offered no solution. So Devin and Justin removed his work and did the job correctly,

With almost 25 years of experience, we can handle all of your painting and drywall needs. We are known for our attention to detail and speedy service and look forward to helping give your home a fresh look!  …

First Responder and Military discount 15% Super Service Award Winner last 6 years.Whether you are looking to change the colors of your home or simply freshen things up Five Star Painting can do the job inside and out. Experience the quality and great pricing of a trusted, national painting company. We are always clean, on time, and on budget. Nothing can make a home fell like new quicker then a fresh coat of paint. You Pick the color we do the rest. Full Time on site Manager, Quick Custom Computerized Quotes, References, and Five Star Quality without the Five Star Pricing. Additional contact names - Taylor Green, Robin Green. Locally owned & operated. Additional phone - (919) 395-6254. Additional TT&G Partnership LLC. Secondary Phone number: 919-341-4943  …

Coped Corners Carpentry is currently rated 5 overall out of 5.

No, Coped Corners Carpentry does not offer a senior discount.

Are there any services Coped Corners Carpentry does not offer?