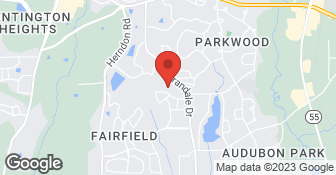 We are providers of construction services in the Raleigh/Durham area. Our mission is to maintain the highest quality and professionalism from start to finish. We are confident in our results because all our jobs are custom for the needs of each home. We strive for the highest degree of quality products and workmanship. During the years in business, Garcia Concrete has satisfied many customers. It is our reputation of quality work, professionalism, and customer service our customers continue to rely on us for their needs. To understand the expectations of our customers, we take great care to work and communicate with every customer professionally. We base our reputation on service, safety, and quality. Call us today and find out how we can meet all your construction needs!  …

Concrete Construction Services we are a local owned company.  …

The three Alexander brothers were nice to have around the house. They were careful not to harm the shrubbery or lawn. BUT...the workmanship fell well short of our expectations. The biggest problem was the relief joints (joints placed every 5 feet to control cracking). The joints had several problems: 1) they were troweled freehand, rather than by following a snapped string line or a rigid straight line. This resulted in curved joints that we far from being perpendicular to the edge of the walkway; 2) the relief joints did not extend to the edges of the walkway because the contractors elected to not remove the form boards before they finished troweling the joints. This produced a very irregular and sloppy appearance; and 3) There were also bits of concrete left in the joints further adding to the sloppy appearance. Finally, soon after the walkway was poured a crack appeared in the step and that may have been due to the failure of the contractor to place a relief joint where it was needed. This is an update to my previous review of 4/8/2020. After repeated attempts to reach Mr. Alexander he finally responded as follows: " On Thursday, April 16, 2020, 4:25:30 PM EDT, John Alexander wrote: I have nothing more to say to you there is nothing wrong with the concrete we installed, So I have nothing more to say to you,". He said this despite all the photographic evidence to the contrary and the fact that he charged us for materials and labor that were not provided. You'll have to decide if this the kind of customer treatment you would want from your contractor?

Description of Work
Replaced an old sidewalk with concrete

Super easy to work with John and his brothers. They were very professional, very prompt and very conscientious about our yard and how to best serve us. They showed up on time and did exactly what they said for a decent price. Highly recommend these fellas.

Description of Work
Needed an expansion to my concrete driveway.

We had to pay the full amount because our driveway was smaller. They went by square footage, and we were a couple of feet below, so we had to pay the full amount. They were excellent. They came, they did everything they were supposed to, and they cleaned up. The price was reasonable, and everything they did was great. They were doing somebody's driveway in the neighborhood, and I stopped and asked them, so they came and gave us an estimate, and the work was done within a week.

Description of Work
We used Alexander Concrete Construction for our driveway. They repaired the driveway.

All types of decorative, and broom finish concrete