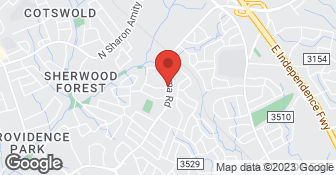 Within 1 month after the repairs were complete, we noted significant wood rot around 3 windows. One of the rotted windows was missed by Donaldon Inspection; the other 2 were supposedly repaired by Donaldson Construction. At first Mr. Donaldson was reluctant to repair anything stating that he did not explicitly provide any warranties on his work and that if he had, it would not transfer to the new owner. I explained that if he truly was a professional, he would honor his work. After many more phone calls, his team "repaired" all three areas including the area that he had missed during his initial inspection. After the work was complete, I found that the caulk was applied sloppily and there was a notable gap at the base of one of the window sills. When I called him, he refused to come back now stating he had done more than he was obligated to do. After many more phone calls, he at first agreed to fix it, but then reneged. The BBB did not help.

Description of Work
We had hired Donaldson Inspection to inspect our home that we were about to buy per the recommendation of our real estate agent. We were initially impressed by Mr. Donaldson's apparent thoroughness during the inspection and asked the then owners of the home to use Donaldson Construction (his sister company) to repair all the items that we had found needed attention including rotted window sashes and frames. At the time, we were thankful that the owners agreed.

Mr. Donaldson was on time. However, he was in a hurry to leave once we started asking questions. He wasn't very friendly or helpful and seemed a bit lazy. There were a lot of disclaimers that came along with his work.

Description of Work
They inspected the entire house structurally.

Description of Work
THEY DID A ROOF INSPECTION, THE REPORT WAS VERY THOROUGH, WE WILL USE SOMEONE ELSE TO PUT THE ROOF ON.

We have the experience and dedication to get the job done right! Specializing in Remodeling services; We guarantee your satisfaction, and we won't leave until the job is done right. We pride ourselves on the quality work we provide, while delivering great customer service! Call or click for your FREE estimate today!  …

Since 1992 Bergen's Contracting & Repair, Inc has provided quality workmanship and excellent customer service to Charlotte and the surrounding areas. Home improvements and home repairs are our specialty. We offer the convenience of having one company perform both painting and repairs without the hassle of coordinating two companies to get the job done. We service the following areas: Charlotte, Pineville, Ballantyne, Matthews, Harrisburg, Monroe, Huntersville, Cornelius, Fort Mill, Tega Cay, Lake Wylie, and Rock Hill.  …

bioPure is committed to excellence in every aspect of our business. We uphold a standard of integrity bound by fairness, honesty, and personal responsibility. Our distinction is the quality of service we bring to our customers. Accurate knowledge of our trade combined with ability is what makes us true professionals. Above all, we are watchful of our customers' interests, and make their concerns the basis of our business.  …

DONALDSON CONSTRUCTION & RESTORATION CO is currently rated 3.3 overall out of 5.

No, DONALDSON CONSTRUCTION & RESTORATION CO does not offer a senior discount.

No, DONALDSON CONSTRUCTION & RESTORATION CO does not offer warranties.

Are there any services DONALDSON CONSTRUCTION & RESTORATION CO does not offer?