All City Heat and Air 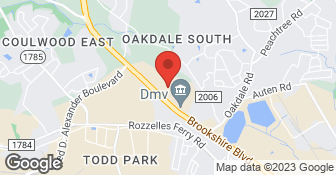 We repair, maintain and replace residential and light commercial heating and air conditioning systems. We are a "Factory Authorized" dealer of quality Bryant heating and cooling products. We strive to maintain customers for life. Satisfaction guaranteed. Award winning....

OFFERED BY
All City Heat and Air…
4.8

Full disclosure. We hired this vendor outside of Angi, because it was urgent, and our insurance could not send anyone right away. The rep who came out, initially said that he thought we didn't have an issue, but then upon examination said that our unit could use a cleaning and may have a small leak. He seemed a little bothered to be there, to be honest. It was a little off-putting. His suggestion was to add Freon to restore cooling, and see how long it took to leak back out. He also sold us on a service program, as our previous program with another vendor has expired. The day after his visit the unit began malfunctioning, turning on and off constantly. Our insurance sent someone to check the issue, and his opinion was that the system had some clogs. I called All City to ask why their agent did not catch this issue. Their rep was very helpful. All City's opinion was that the vendor our insurance company sent had misdiagnosed the issue, and that it was not clogs, but rather too much Freon had been added to the system. Since this, if it turns out to be the case, would be a direct result of their service, we decided to end our business relationship with them at this time. They agreed to a full refund since we were dissatisfied.

The thermostat was reading 72 degrees and was set to 65 at the arrival of the tech at the home. After only looking at the thermostat, the tech stated that the temperature was normal for a system to achieve 72 degrees on an 80 degree day. After taking a look at the rest of the system it was determined that the evaporator coil was partially frozen due to a refrigerant leak. The condensate drain line was clogged and the condenser coil was dirty. The findings were discussed with the home owner. The homeowner agreed that the unit needed cleanings and chose the maintenance program to achieve the cleanings and repairs at the best price point. Part of of maintenance program includes clearing of the drains, cleaning the condenser coil and a discounted rate to add refrigerant. The tech took a water hose to the evaporator coil and flushed water over the coil to remove the ice as you cannot charge a system with ice on it. This is where the mistake on our part happened. Apparently there was still ice on the back side of the coil that was hard to see. When the refrigerant was added it was slightly overcharged. It was in normal limits but after running for 24 hours the overcharging cause the pressure switch to intermittently turn the condenser off and on. All city was not informed of the issue as the homeowner has a home warranty and elected to have their yech come out to look at it. The home warranty tech saw the high pressure situation and diagnosed a clogged txv (thermostatic expansion valve) which All City believes is not the correct diagnosis. All City has a warranty that covers all work performed and would of promptly come back out to fix the issue. All city was notified a week later by the homeowner about the issue and offered to come back out free of charge. The homeowner declined and elected to have the home warranty company deal with the issue. Due to the mistake of not seeing the additional ice on the coil, All City promptly issued a full refund of $282.90 which was the total cost of the service.
5.0

Courteous service at a fair price. This is the second time I've used this company and each time I've been pleased with their prompt response and efficient manner in which my service is performed. What is going on is explained in simple terms and I never am made to feel like I'm being sold on services I don't need Thanks a million!

Thank you for leaving us a review. We appreciate it.
5.0

great, the technician was prompt and very polite. He explained everything he was doing in terms of what he was doing and why that was the best way to do the job. We will continue using this company in the future for all our heating and cooling needs.

Description of Work
yearly checkup on our heat pump.

Thank you for allowing us to install our best 20 seer and 18 seer systems in your home. We love when our clients brag about our work. I hope you and your pup enjoy those 2 systems for many years to come!
5.0

Technician was detailed in his work and explained everything. Did a great job !

Thank you for taking the time to let us know how we did.
5.0

all done system check looks good for another year changed some wiring . good news for once !!!

Thank you for the review. We appreciate it.
5.0

Incredible! I don't often take the time to post reviews, but searched our bank records to find this we are so grateful that Jeff was able to come quickly and resolve a problem that neither our contractor nor our previous heat and air company were able to fix. The contractor's A/C guy wanted to do $2000+ in pipe and vent work to fix a problem that didn't exist. Our regular A/C guy wanted to install an additional system for $4000 because he said we didn't have enough capacity. But Jeff quickly figured out that neither of those were necessary. It turns out that our old A/C company had installed the wrong control board years earlier and the contractor's A/C guy had wired the thermostat wrong. All-told, AllCity saved us thousands of dollars and they were able to quickly return our bedrooms to reasonable sleeping temperatures during a heat wave in late May 2019. We are so impressed that we are moving our maintenance agreement to All City. Thank you Jeff & company and sorry it's taken so long for us to get this review up!

We appreciate it very much.
5.0

My technician Jeff was very informative and explained my options. I chose to go with repairing the unit and he had it back in service in about an hour. This was my first time using All City Heat & Air and I was satisfied with the outcome. I will use All City the next time I have any HVAC needs.

Description of Work
Repair my 16 year old unit to return it to service.

Thank you so much for the review.
5.0

Perfect. On time, quick and provided an honest quote/feedback for optional thermostats. This appointment was part of our additinal membership service so there was no out of pocket cost other than a small monthly membership fee. They have been our service provider for 15 year running over other companies.

Thank you so much for the feedback! We for forward to another 15 years!
5.0

I needed to have my A/C unit leveled and All City Heat & Air responded to my Angie's List request the same day. They were out at my home the next business day and quickly took care of the job. I was able to pay with my card on the spot after the technician was finished. Everything about the process was efficient and professional. I would definitely hire again for other HVAC needs.

Thank you sir much for the review. Good luck on the move!

Frequently Asked Questions & Answers about All City Heat and Air

How is All City Heat and Air overall rated?

All City Heat and Air is currently rated 4.8 overall out of 5.

What days are All City Heat and Air open?

All City Heat and Air is open:

What payment options does All City Heat and Air provide

Does All City Heat and Air offer free estimates?

Does All City Heat and Air offer eco-friendly accreditations?

Does All City Heat and Air offer a senior discount?

No, All City Heat and Air does not offer a senior discount.

Does All City Heat and Air offer emergency services?

Are warranties offered by All City Heat and Air?

What services does All City Heat and Air offer?

Are there any services All City Heat and Air does not offer?