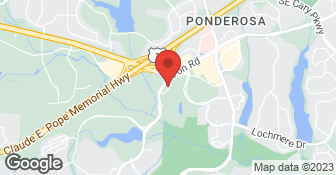 "Since 1994, AdvantaClean has provided thousands of customers with indoor air quality solutions that make every home and building a healthier place to live and work. From your initial phone call to the completion of your project, we will show you why AdvantaClean of Cary and Apex is the environmental contractor of choice for so many home and business owners in Cary, NC and surrounding areas. Our service categories include: Mold inspection, mold testing and mold removal Water damage restoration Air duct cleaning Dryer vent cleaning And other related services AdvantaClean of Cary and Apex is locally owned and operated by Mark England. Because your satisfaction is our top priority, we promise to provide you with the best service experience possible. We have a team of caring, industry-trained and certified professionals ready to address your needs. Whether responding to emergency water damage or a hidden mold or moisture intrusion, we ensure that the air you breathe is clean and healthy. We look forward to meeting you!"...

Mark came out to give me an estimate the day after I called which was great because the mold issue was in a bathroom that gets used alot. His work team headed by Elvis went just as planned...no surprises. They did a thorough job in a professional manner and answered any questions I had.

Owner (Mark England) was pleasant to talk to, responsive, etc. He originally gave me a 2-part quote; 1100 for "remediation" and about 4K to repair/repaint what had been removed. We just went with him for the remediation. I don't know if he was ever at the property after his first 'sales visit'; someone named Glenn appeared to be doing most/all of the work on the property. 1) First day they were there, tearing stuff out... they left the back door WIDE open when they left. Maybe they just hadn't shut it and it blew open the rest of the way, but I was obviously not pleased when I stopped by that evening. (called Mark, who was apologetic) 2) They'd put a dehumidifier in the bathroom that had the damaged material torn out. It was plugged in and I could hear a fan running inside, but it wasn't dehumidifying. They left it there for 5 days, on the 4th day when I checked and the 1 wall was still wet to the touch and the drain tube from the dehumidifier didn't have any traces of water in it, I called...Mark said it should be dry and they were planning on pulling it out that day, I said it's not even working correctly. Glenn met us there on the 5th day and still insisted it had been working.. there is *no* way it could have been working. Glenn replaced the dehumidifier with a smaller, "stronger" unit, with the obvious attitude that it was being done to make me happy, not that it really needed it. 3) Also Glenn hadn't looked to see there was standing water... basically this is a bathroom that backed up to the chimney cavity and there'd been a leak around the chimney that had run down in this wall... so they tore out the sheetrock etc. On the other side of the studs was the chimney cavity, which went down another 6 feet due to the slope of the ground. There was *standing* water in there, which Glenn didn't even notice (you could see it... my handyman pointed it out to me right away). So, 5 days later, he pumped it out while grumbling about not knowing it was there til I called and told his boss the day before (handyman had called them and told them a day or two earlier). He told my husband that they pumped out 50 gallons of standing water from that area. 4) Attitude, attitude. It was amazing the amount of attitude we got from Glenn when we were there on the 5th day (when stuff was supposed to have been dried out... but he's just removing the standing water and putting a working dehu in there). My husband asked why he was removing the dehu (not knowing he was putting another in its place) and there was enough testosterone to make the air crackle. Hubby finally said "Let's start over" and asked the initial question again, because the conversation was quickly going nowhere, Glenn was just defensive about not having realized there was standing water, etc. 5) So he put in a new dehumidifier (because it was "stronger") and a fan, after pumping the water, and was getting ready to leave... when hubby says, where's the curb key? (Like a T-shaped metal bar about 2' long that you use to turn off water at the street... we'd bought it for the house). Glenn had picked it up and put it in the van and was going to leave with it. 6) So Glenn left and we stayed there about an hour, and before we left checked... the new dehu was working. But Glenn hadn't put the drain tube into the shower for the water to drain, he'd left it wrapped up around the back of the machine, so it was dumping water out... on the floor. While we watched. NICE. Hubby fixed it and we left. I called the owner (for the 3rd time now) to complain. (They would have left it for 2-3 days without checking... can't imagine the mess it would have made on the floor after that much time!) Mark did not answer his cell, but I called the office to tell them he *needed* to call me, and he did. Mark was always polite and courteous (and apologetic) on the phone. 7) I also had to ask for them to wipe down a few things, and their 'we wipe down all the horizontal surfaces when we're done' was certainly not followed. There were other minor things... when they tore out the moldy sheetrock and such, they just put it in plastic (not sealed) garbage bags next to our garbage cans at the back corner of the house. After I brought this up to Mark, they hauled it away. (If it's potentially toxic enough I shouldn't be breathing it, why are the bags unsealed and left on the property??) Over the next several days, they added a dehu & fan to the crawlspace, and eventually got the job done... about 5 days late, since they wasted 5 days with a dehumidifier not working. But I was pretty well appalled. After the first time I call to nicely say, Dude, your guy left the door unlocked & open... after that, wouldn't you make SURE you were doing things correctly?? I was also amazed that they sent me a bill for the entire $1100, after that entire fiasco. Even a small discount would have said to me, "We're sorry we were so lousy. We are trying to do better." Even a discount off a future remediation - while unlikely I'd ever use it, hoping to not have the issue again in any other house! - would say "Sorry, please give us another try, we can do better!" A bill for the entire amount says to me "We think we did fine." As hubby says...we'd only use them again if we tried 3-4 other places and the other places were all worse.

This is a very disappointing review for me. I have a very strong commitment to quality work and customer satisfaction. The crew chief in question was new to my company and no longer works for me. I will not argue with the customer’s description of the events that occurred. However, I will say that every time an issue was brought to my attention, it was responded to immediately and I worked with my crew chief to rectify the situation. Obviously, this was not enough. Also, we did do work that was outside of the original scope of work such as pumping water out of the crawlspace and sanitizing the air duct system without charge. Finally, this is the first I have heard from the customer that there is a dispute about the amount of the invoice. Since this invoice is still outstanding and overdue, I have the chance to contact the customer and hopefully at least come to a mutually acceptable resolution.
5.0

showed up on time and did a great job! Very pleased!

The technician, Joshua, arrived 20 minutes prior to the scheduled time. We discussed the procedure and he assessed our system. His associate, Jim, arrived to 30 minutes later to assist with the job. The work was completed in a few hours and we are pleased with the results. Joshua and Jim were both very professional and I would recommend AdvantaClean of Durham.

Description of Work
We had nine air-vents and two ducts cleaned.

While he worked here, he was very prompt, and his crew was very professional. It only took a couple days, and they did a fabulous job. The owner actually came in to my home to check on the job and workers which made me feel more comfortable. He also took time to help my daughter's home at the same time.

Description of Work
He cleaned the air ducts, checked the crawlspace for water, and put in a vapor barrier in the crawl space.

Servicing Pitt, Lenoir and surrounding areas 6 employees on hand. We have sub contractors for specialty services. Charges determined by the job. Emergency service after hours fee. View our website at http://www.bandmhome.com/ 100 mile radius from Greenville counties.  …

Serving the triangle area in property mitigation and restoration, PuroClean Disaster Response Services has earned a reputation as "The Paramedics of Property Damage." We do more than clean up after a property disaster. In response to every emergency, we provide a combination of exceptional property mitigation services delivered with an equal degree of compassion. We help rescue homes. We put businesses back on their feet. We help you get back to your life.  …

Certified and Accredited Mold, Water, Fire, Wind, Sanitizing Restoration Company. We are ready to serve you in your time of need 24 hours a day 7 days a week. CRC is a complete remediation and restoration company, fully certified, licensed, and insured, ready for any project of any size. We pride ourselves on our core values and hold QUALITY/CUSTOMER SERVICE/TIMELINES at the for front of those values. Call today and allow our family to serve yours.  …

How is AdvantaClean Environmental of Cary/Apex overall rated?

AdvantaClean Environmental of Cary/Apex is currently rated 4.3 overall out of 5.

What days are AdvantaClean Environmental of Cary/Apex open?

AdvantaClean Environmental of Cary/Apex is open:

What payment options does AdvantaClean Environmental of Cary/Apex provide

No, AdvantaClean Environmental of Cary/Apex does not offer eco-friendly accreditations.

Does AdvantaClean Environmental of Cary/Apex offer a senior discount?

No, AdvantaClean Environmental of Cary/Apex does not offer a senior discount.

Are warranties offered by AdvantaClean Environmental of Cary/Apex?

What services does AdvantaClean Environmental of Cary/Apex offer?

Are there any services AdvantaClean Environmental of Cary/Apex does not offer?