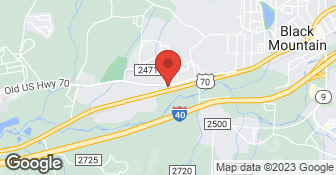 Technology Repair and Sales. Cleaning (removal of viruses), data transfer, installation of windows or other operating systems (restore to factory settings, and save data when possible), repair desktops and laptops, upgrade computers, repair of phones and tablets, replace screens on all electronics, including televisions. Installation of ram or other computer components. Service calls (in-home services) available. Networking, programming, setup of cameras and security systems. Retail sales include cords, chargers, headphones, monitors, printers, routers, repeaters, android watches,android box's tablets, laptops, desktops, blank CDs and DVDs. If we don't have it in stock, we can order if for you!...

The charge was $35 half of what it cost

Description of Work
Purchased a new tablet a few days ago from them. The screen was going into a demo mode after a few seconds. They fixed it in less than 5 minutes

Sorry for that . come to the shop and i will give your money back.
4.0

I brought the PC in, Sam looked at it gave me a price and an appropriate date 40 pick it up.

This is by far one of the best products that I have ever purchased. I can't believe how many T.V. series and movies that I have access too. My wife, kids, and I love that we can watch any series just by streaming it to our Television. I will definitely be purchasing more of these boxes for Christmas. I would highly recommend this devise to friends and family. I have already cut out all of the movie channels from my cable at home.

Description of Work
I purchased the Android TV Box for my home.

Sam was very quick to message me once I purchased the box. He kept me informed of when he would mail the package. I received the package 3 days from the day purchased it. I was thrilled with the speed of delivery. Most of all, the product is exactly as described. I love the new TV box! Thanks Sam.

Description of Work
I purchased an Android TV box from him through Angie's List.

I was having a lot of problems with my laptop. Printer wouldn't work; couldn't download programs; couldn't download attachments to my email or documents saved with adobe. Also computer was freezing, Internets Explorer wouldn't work,, then Chrome and Foxfire wouldn't work. Took it to the store where I bought it to the tech. He worked on it and was still trying to work on it when I went to pick it up. He had removed my Adobe Reader, said I didn't need it that he had downloaded Windows Reader. Also couldn't get Chrome to work, finally got Internet Explorer to work. Said I didn't have but 2 little viruses. Also said he downloaded new printer driver. When I tried to use the computer at home, it was worse than ever. I needed the Adobe Reader to open my files and various websites; same problems with Internet, and still wouldn't print. No driver. Took the computer to Appalachian Technical. He immediately recognized what was probably causing my problems, mainly malware. Kept it overnight, fixed the problems on my computer. Brought my printer in when I picked up the laptop, and he downloaded the driver for it. The new malware protection is better than the Norton I had been using even with the free version. The yearly version which I upgraded to is very low priced. Was really pleased with the work, the unusually fast service and the overall competence of the business. Very nice people also. Went way beyond what they needed to for the very reasonable cost. Will keep going there and recommend them to anyone.

Description of Work
Repaired my laptop by checking for viruses, malware, (there were a lot of them), then removed them, checked the computer for other problems. Reinstalled my Adobe Reader, removed by another computer tech elsewhere. Downloaded a driver for my printer and a virus malware program to prevent reinfection.

Laptop computer was overheating and shutting down constantly, they fixed the problems, cleaned it and returned it all in the same day. My computer is now faster, and runs smoothly with no problems . I would highly recommend them to everyone and have already been referring to them,

My son's laptop crashed suddenly, while he was working on his homework from AB Tech. It became an emergency situation. It was Sunday and the shop is not open on Sunday, but I drove over there just in case I might catch them there. Sam was there, hard at work. I told Sam that my son had all of his work for all of his classes on that laptop, and that it was an emergency. I said the number one priority was to copy all of his classwork off of the hard drive to a CD (if possible) so that my son could continue working on it today. Fixing the laptop was secondary, since I could let my son use my laptop. If it could not be done, my son could not possibly pass any of his courses because everything was on his laptop. Sam stopped what he was doing, and checked out the laptop. He said the motherboard was shot, but the hard drive was OK. He copied all the AB Tech files onto a CD and gave it to me to take home. He said he would order the motherboard and let me know when it was all fixed. The important thing to me is that he immediately stopped what he was doing, on his day off, and began on my emergency. He copied all my son's college files to a CD, which I took home to a hugely relieved son. At this time, we are waiting for the motherboard; it had to be ordered from overseas and delivery has been slow, so there is no final price yet, although he did not charge me for the CD for my son. He was very pleasant and professional throughout, a pleasure to work with. I will certainly use him again.

Description of Work
Fixed my son's laptop which suddenly would not boot up.

we will try our best to service any technology product, just ask