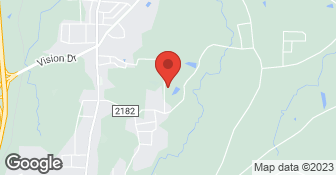 Welcome to Living Colors Painting & Remodeling! We serve Asheboro, NC and surrounding areas. We specialize in Interior and Exterior Painting and Remodeling. We are 100% dedicated to providing our customers with the quality and service they deserve. We also offer : *Deck Restoration *Staining *Drywall Repair *Carpentry *Wall Paper Removal * Light Remodeling. Give us call today!...

Jeremy and his team were very quick to respond, always here on time, and completed the work in a timely manner. He took a job that another business said would be too difficult. He completed the job, and the finished work was exceptional. Will definitely call in the future!

The job went Great! Jeremy and his crew were super nice and very clean. We ended up adding more to the quoted job as Jeremy had a recommendation for our living room. Will definitely you him again!

Outstanding! Jeremy was on time and completed the job in half day. He and his team vacuumed and cleaned up. Very personable and professional. Will use again.

Thank you! We appreciate the work and look forward to seeing you all again.
3.0

Four day response for request for proposal compared to 1-2 hours from all other potential vendors. By the time they responded, the project had already been completed by another vendor.

Description of Work
Four day response for request for proposal compared to 1-2 hours from all other potential vendors.

Sorry, i was on vacation with my family at the time.
5.0

Jeremy and his crew were prompt and very accomodating. Completed project in the time estimated. Job site was cleaned up at the end of every day, and upon completion. My wife and I are very pleased with the final result!

Description of Work
Paint House exterior, with some minor repairs

Jeremy worked for 5 hours the first day scraping off the popcorn texture. His worker wasnt there due to car problems. He left several tears in the drywall. On the second day When I told him I wasn't happy with the work quality, he became angry and petulant. I had he and his worker paint one room but his attitude was so bad I cancelled all remaining work. Prior to the job his responsiveness was excellent but on the job his conduct was unprofessional and unacceptable. I cannot recommend his service.

I’m sorry, but i cannot let someone slander me. First off, when you found out that my worker wasn’t able to make it because his car broke down, you became very concerned about the job, and the cost. We had already discussed a price, and i saw no reason for any additional cost because of a man being out. Secondly, scraping popcorn ceilings isn’t always glamorous...i wasn’t happy with the way is was coming down either. I’ve done many, and they’ve always turned out very well, no matter how bad the Sheetrock tore. Fortunately, I’m able to repair tears and scratches on sheetrock fairly easily. I’m not sure what you consider angry and petulant, but i surely was not. I explained to you when you said that you knew i was “p*****”, that i was merely disappointed. The Job had been scheduled for quite some time and i had that entire week set aside for it. It would’ve also been better to go ahead and let me go the first day, rather than let me drive an hour to come do 2 hours worth of work, and then heavily criticize what we were doing. I can tell you this, no contractor likes a customer that thinks they know more than them. It makes us wonder why you hired us to begin with.
5.0

Wonderful. The guys showed up when they said they would, worked about 8 hours each day. They were done in 2 days and the workmanship was great. They were friendly and professional and cleaned everything up before leaving. I would recommend them, and would like to use them again for future home projects.

We had an appointment on November 25th at noon, and I called him at 12:05, and he said " oh that was today, I had something come up." I said thank you have a nice day and hung up.

Description of Work
I needed a quote on painting inside of our home.

My sincere apologies about missing our appointment. I was a little overwhelmed and simply forgot. I would have dropped everything and headed out to meet you when you called, but you did abruptly hang up on me before i even got the chance to apologize for my absentmindedness. So, i felt it best to leave it alone and wait patiently for the review to come. May God bless you and yours and i hope you have a Merry Christmas. Best wishes, Jeremy
5.0

Wonderful! Several painters came and did a professional job. The room looked great when they were finished!

Description of Work
Painting needed to be done in the upstairs area of my son's house.

In early April paid to have the first coat put on but had to wait a couple of months more to be sure the fence was properly dry, which is understandable. They put the first coat on in early August and it was necessary to put a second coat had to be put on in late August. Overall it looks fine but in several areas the paint is uneven, and around one of the gates they put on only one coat so I will need to put the second coat on myself. Also, they sprayed over the hinges and hardware of some of the gates and never removed it. I called twice to ask them to return to clean that off but they never did. I give them a C+.