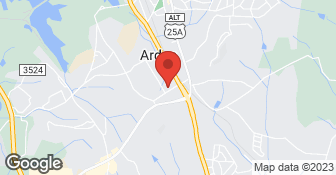 We are your Storage system experts, as well as floor coating experts, specializing in epoxy and polyurea flooring as well as Polypropylene copolymer tile floors and Metallic Epoxy. In 2013 we re-branded Monkeybars of WNC & The Upstate to become The Garage Authority with more innovative product solutions to an old problem! We can fulfill your cabinet and storage needs to maximize your space for your entire home or business including garages, kitchens, baths, home office, sheds, barns, workshops, and commercial spaces. Our storage system is patented with a lifetime warranty, all work is always guaranteed. Our flooring also has varying warranties depending on the product. We Transform your Spaces into Exceptional Places! Call us for a free design consultation and estimate....

In 2003, my father introduced me to the concrete world. In that time, I learned how to layout, dig, bend and install steel reinforcements for footings. Also, I was taught to design, form, and finish flat work. Lately, I have worked a lot with pour-in-place concrete walls. In 2004, one of my four brothers, Rolando, joined us, and then my other brother, Hugo, in 2005. We all worked together with my father as our leader for a time, before eventually leading our own paths. During the crash of 2008, business was terrible. We were financially hurt, as many others were, and had to give up our home and move out of the state. This recession led us to the state of North Carolina, where a year later I began to work for a large concrete contractor. After working for that company for a couple of years, I decided I had the know-how and ability to launch Blue Way Concrete.

We specialize in custom builds and remodeling to suit the individual needs and taste of each individual client. We are available for emergency service and on call 24/7. No job is too small.

The Garage Authority was contracted to install a polyurea flake flooring in my two car garage and I could not be happier with the completed job! In fact, the finished floor is so nice that I have asked The Garage Authority to come back and apply the finish to my concrete front porch floor.

see above no contact made after saying they would

DESCRIPTION OF WORK
they said they would call us and make appt to see what is needed...NO followup made

We are sorry to learn of this. We had staff changes at the end of 2018, and your request was likely "lost in the shuffle." We sincerely apologize. If you will call us, we will be happy to resolve this issue and assist you in anyway we can.
5.0

On time, very courteous, and the crew absolutely knew what they were doing. Not only would I use them again but I would readily recommend them to anyone looking to maximize space in their garage.

DESCRIPTION OF WORK
The professionals at The Garage Authority transformed our garage so we were able to eliminate a $90/mo. storage unit.

Awesome!!!!! Thrilled with the results!!!! They had to sand off and old oil base paint in a large 3-car garage, then put down the gorgeous epoxy speckled floor. Nancy was great and her technicians very professional!

Nancy and the designer and estimator responded quickly, attentively, and skillfully to our call. Jeff & Ty, the installers not only did a great job with a cheerful attitude, they removed tons I had from our moving in boxes - huge help.

Thanks [Member Name Removed] for sharing your comments! We were all so pleased to be able to be of service in accomplishing your goals in a short period of time! You were both such a pleasure to work with! We appreciate your business!

Garage doors, or concrete pouring or stamping or garage or shed construction. We only install products purchased through us.