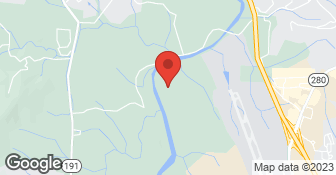 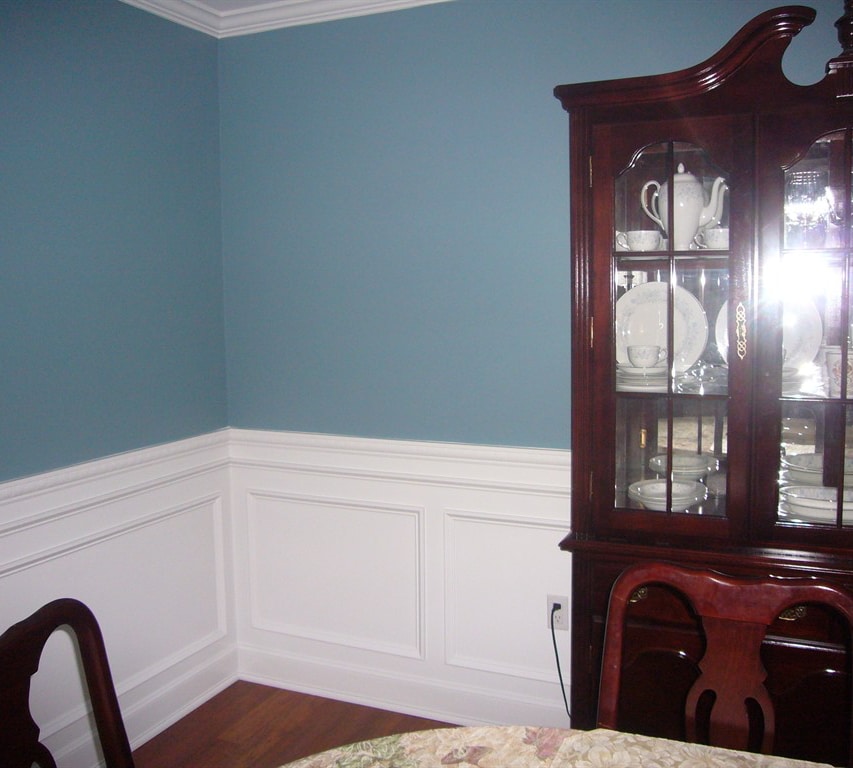 I started this business in 1985 and have been full time ever since. I will come to your home and give you a free estimate without any obligation to you. I am well versed in color coordination and am happy to assist in any way. I am fully licensed and bonded in the state of NC. I prepare all surfaces prior to painting and know what product to put on specific surfaces. I am a non drinker and non smoker. All jobs are not complete until owner is fully satisfied. I take personal pride in the work done in your home or office. Please call to schedule....

Could not say enough good things! Arrived on time, jumped right on the project and got it done really fast, very friendly and personable and the bedroom looks amazing! Highly recommend for any painting needs!

Dusty is on time, very neat job site, reasonable rate and most of all does really nice work. I’ve used him several times and have recommended him to many of my friends

We had a lot of work done on our house and we hired Dusty to help with pressure washing and painting a 100 year old house. He was so professional and does great work! He pays attention to detail, is prompt and a hard worker. I would absolutely hire him again! If you hire Dusty you will not be disappointed.

Dusty is just fantastic. He's a true professional and the quality of his work speaks for itself. He painted the entire exterior of our home. We then brought him back to stain our back porch and yet again for some other small paint jobs. Dusty is our go-to painter.

Dusty was a pleasure to work with on this project. Professional and dependable.

I got estimates from 3 painters and hired Dusty. It took him 3 days to complete the job. He arrived promptly each day and went right to work - moving & covering furniture, patching holes, etc. (I did help by removing the blinds etc. from the windows each morning.) He was methodical in doing the job and completed it with no problems. And he is a very nice, pleasant individual. I highly recommend him and would hire him again.

Could never find the house bc it was hidden in the woods
5.0

First class work from a first class guy....Look no further

Great job. Dusty was very well prepared, on time, very neat in his workmanship and cleanup Would definitely recommend him.

Description of Work
Wallpaper removal of the top half of the dining room. Painting the whole room ( two shades)

Description of Work
Painting of Romm

SO HAPPY that we hired Dusty’s Painting Plus. There’s a reason he uses PLUS in his name. He does fabulous work with so much attention to detail and respect to our property. Our house looks brand new!!!

Description of Work
Our house has commercial concrete siding that had turned a streaky green on the north side. We also have many concrete pavers and patios that were dirty from neglect. We’ve done the cleaning ourselves in the past but it’s a horrible, tiring ordeal.

Dusty was absolutely amazing to work with. Project included prep work, painting, popcorn ceiling removal, and removing and replacing crown molding. Very rare to have contractors who return phone calls when they say they will, perform the work and finish when they say they will and do amazing work as well. Dusty came thru on all of the above! So refreshing! Highly recommend to anyone looking for excellent painting company!

Dusty is totally professional! He is on time, neat as a pin and does high quality work. Our job consisted of 3 tricky drywall patches and matching the existing paint to finish the job. Dusty is a pleasure to do business with and someone I would heartily recommend.

Dusty went above and beyond. Even cleaned up after other contractors. He did all the work himself. Offered great ideas and options. And communicated throughout the project, sending pictures of his progress as we were not on location. Drywall patching in particular is of exceptional quality.

Description of Work
This was actually several large jobs. The work included painting the entire interior of the house, numerous dry wall finishing, repair and patching, and some framing.

Very well. The paint job was of good quality. The lines between the wall and trim paint were straight and sharp. Dusty was thorough and neat.

Description of Work
Painting of the interior trim of my house (windows, doors and base boards)

Thank you for taking the time to do review. Appreciate it very much
5.0

Dusty is great- he came out and gave an estimate and then was able to schedule the work for the next week. The rooms look GREAT! The workmanship was fantastic, and he was polite and easy to work with.

Dusty did a terrific job in painting the interior of my apartment. When we went through what I wanted painted, he added information from his vast experience. He finished painting when he said he would. He is very professional, prompt, and does top quality work.

Great! Dusty could not have been more responsive. He was able to schedule our work quickly and ensured the work was completed to his standards and of course to my standards. He was very professional and reliable.

He made notes when we talked about the job, and I communicated clearly in person and in email what I wanted. After he was done, there were some mistakes about which areas were meant to be painted. The work on the walls was good, but the trim was terrible. The white from the trim was uneven and up on the wall color as much as half an inch in places. I asked him to fix his work, and he returned. He painted one area that he missed before but the trim was not fixed. I asked him to come back again and to please wait for me because I wanted to point out what I wanted him to fix. I did not make a point to be exactly on time because I knew he would be at my home for a while. When I got there, he was already gone. He claimed that he waited for me for 20 minutes, but I didn't dream that he would do the work he needed to do and leave so quickly. For the third time, one section of the wall was unpainted and the trim was still terrible. He then claimed that this was normal and the trim was supposed to look like that. I finally had another painter come and fix it, and he agreed that the previous work was definitely not professional.

Description of Work
I asked to have two rooms painted with trim and a chair rail.

He did the job well and on time! I was very happy with the quality of work.

Description of Work
Dusty painted the interior of my home in Marshall, NC.