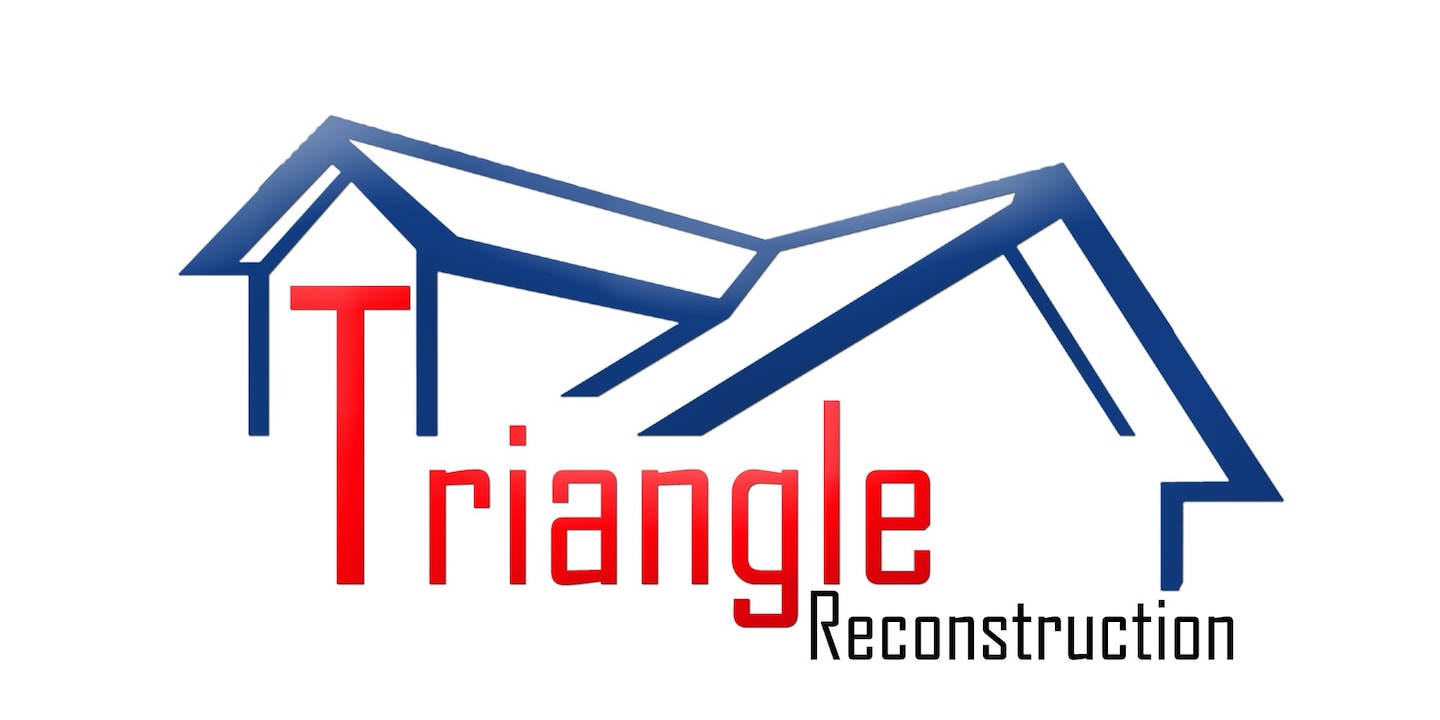 Triangle Reconstruction is a specialty contractor specializing in crawl spaces. We solve crawl space moisture problems, remediate mold hazards and repair foundations. At TRC, we adhere to philosophies and values that differentiate us from all others. Our customers always come first. Excellence in craftsmanship and service are our top priorities. Our goal is to deliver QUALITY products and service at the most competitive prices....

They did what they said they were going to do in a timely manner.

Description of Work
Replaced the vapor barrier in the crawlspace, extended 3 of the gutter spouts, and close up part of the vent windows. Also replaced the insulation.

They did an excellent job, they didn't up sell me, reasonably in price, very professional and the job was done properly.

Description of Work
They install a dehumidifier on my crawl space.

They did a good job and showed up when they said they would They were very transparent with pricing and we had a very good experience with them. We would highly recommend them.

Description of Work
They did crawlspace encapsulation at my home.

We have lived in our home for 12 years and decided to have the home inspected (just to make sure that we weren’t missing anything that was wrong). After we received the inspector’s report regarding the problems in our crawlspace, we contacted Triangle Reconstruction. They came out promptly and spent a considerable amount of time assessing the situation and getting to the ROOT cause of the problems. As a matter of fact, they discovered each and every issue that the inspector found without having had any details of the report. They provided an itemized quote and gave us their opinion as to which items were absolutely necessary, which were “nice to have” and which we could do on our own. We were notified as to when each and every phase of the job would start and end. Triangle Reconstruction brought in different teams of experts to complete the work. This made the job progress quickly and efficiently. After each team finished, a supervisor would come to inspect their work. I highly recommend Triangle Reconstruction. This company runs like a finely tuned orchestra. They are professionals in every sense of the word and their work is impeccable!

It went great. The workers were very professional and did their work without any need to consult with me. Rob is so personable and easy to deal with that it makes it a pleasure to have him direct the work. He is someone I trust to tell me what is needed and then to make sure his crew has done the job well. He has been working to make my crawl space moisture free for a few years, and I often get compliments on it from other company's workers, like HVAC and pest control. If they saw my walk-in attic area now, they would probably have compliments on it. It looks terrific with its shiny thermal bubble insulation. I am attaching a picture but it doesn't do it credit because the strong LED light and shiny material makes it hard to take a good picture. They put a foam sheet on the back of the attic door and it also has shiny foil on it. They had previously put fiberglass insulation in this area and soffits or something like that (can't remember exact name) to make sure the air flow from outside is sufficient. I am thrilled that he also put the insulation on the floor, because I think that shiny stuff will deter mice, who reportedly don't things like aluminum foil. Maybe this area will stay cleaner and problem free since I have taken other pest control measures.

A coworker recommended Triangle Reconstruction for the crawlspace sealing, I was happy to find out they could do the floor joist installation as well. Everyone we interacted with from Triangle Reconstruction was professional and friendly. We would get daily status updates as the work progressed. The crawlspace looks great and now we have level floors.

I took a half day off work to meet them to go over what I needed. The did not show up nor did they call.

We do not have record of you calling and setting up an appointment. There was no inspection set up in our crm program. I am willing to meet after hours or on a weekend.

Rob and his team did a great job sealing a moisture crack in my foundation. They took the time to make sure the job was done correctly and looked professional.

It went well. Agent explained everything and work was done while I was at work.

I was impressed with explanations and patience with going over expensive work. I felt confident in the work and appreciated the courtesy of the individuals on the team.

They showed up when they said they would and performed a rather nice transformation of a high moisture crawl space to one I no longer need to worry about. They installed new vapor barrier that unlike my old barrier actually covered the entire ground and was even cut around pillars, again unlike the old. They also installed a dehumidifier and rehung falling insulation batts, as well as sealed all the vents and along the foundation with foam. Finally it no longer smelly musty in the crawl space. Glad I did this before any wood damage had occurred, well worth the money. They went above and beyond to make sure I was satisfied and the job was done right, including gladly extending down a condensate drain next to the foundation that I had only mentioned after they showed up, as well as my nit pickiness with making sure the insulation batts were all perfect. Based on my communication with the project manager, Brian and the owner, I have no doubt they'd be back in a heart beat if I had any problems.

The job done was excellent. We have had better air quality in the house and our temperature is more stable. I'm no longer afraid of going under the house to change the filter on our heat pump or add salt to our water softener. No more snakes have been sighted. The crew left no debris at all; they were prompt and professional. No complaints.

Exceptional. Very professional in all aspects and the price was great.

Very professional and great value. After trying to hire someone off Craigslist and nobody showing up or estimates being nebulous, I turned to these people and it was cheaper and probably better work.

I am extremely pleased with the quality of work done, the crew and owner were professional and the owner was very involved in the outcome-quite impressive.

Description of Work
I had needed a vapor barrier in the crawlspace and it also needed to be sealed and mortar was missing, or of poor quality between the bricks of some piers, additionally there was too much give in some areas of my flooring.

Great! The new barrier is nailed down, and the film is white (not clear), so it LOOKS clean and tidy.

Description of Work
Remove debris & old vapor barrier from crawlspace, then install a new one.

Flawlessly. Jeff patiently answered all my questions (even 1-2 about crawlspace concerns which were not part of the work he performed), and flexed for my customer's specific needs. When he was out of town, his partner answered for him just as quickly. The insulation filled everywhere it should have; even the spots which were hard to get to. I couldn't be happier.

Job is well done. Indeed, Triangle Reconstruction is made up of an excellent team. They are friendly, sincere, careful, knowledgeable, professional, courteous, and diligent. Highly recommend it.

The project was a full encapsulation by Triangle Reconstruction (TR) of a 600 sqft crawl space. I purchased an Angies List deal from TR after consulting many of the reviews (good and bad) that others had written on AL. I tend to view with a healthy dose of skepticism interactions with businesses that have gotten my attention with 'deals', but I was hopeful, given the previous reviews. So I was eager to determine, starting with the first visit from their inspector (Nate), as to whether a) the deal was going to pan out as advertised and b) how much up-sell pressure I was going to have to endure. Nate did confirm the details of what I had already purchased and though he gave me a few additional options to consider, I never felt pressured to purchase any of them. I also appreciated Nate's honesty with several of my probing questions, including one "I don't know" answer, but with a promise to investigate and find out (which he did). My direct interaction with the owner (Rob) was limited (mostly on the front end of the project), but I found him to be very responsive to my calls and emails. The majority of my interaction was with Brian, the Production Manager, who I would say epitomizes what "Customer Service" is supposed to be like (more on that later). Day 1 was mainly spent removing the old insulation and cleaning the subfloor and joists, including a bit of mold remediation. I paid extra for the mold remediation but felt it was worth it given the results, as well as my desire to avoid possible future Buyer Inspector concerns whenever we decide to sell. Day 2 involved the actual encapsulation and proceeded smoothly and quickly (they were done in a 1/2 day) and did a very thorough job. Back to my Customer Experience ... I want to highlight that during the entire process, Brian kept me well informed (with phone calls and texts) about what would be done (and when) and reiterated at least 3 or 4 times that TR did not expect me to pay a single penny until I was completely satisfied with the job. Others may say that, but I found it to be true, since the new air duct installation (by their HVAC subcon) delayed the final inspection by a week and I did not hear a peep from TR about paying up. In other words, they did not even mention the bill until after the final inspection was done and I was satisfied. Also, I'm fairly hands-on with renovation projects at my house but was never made to feel (by Brian) any annoyance with my being too 'particular' about the details of the project. Brian welcomed me to conduct the final Quality Check with him and he made corrections to the few items on my list, right as we did the final walk- (actually 'crawl')-through. Sorry, couldn't resist. All in all, this was one of the more pleasant interactions I have had with companies providing a service at my house and I would not hesitate to call TR again or recommend them to family, friends and neighbors.

Description of Work
Full encapsulation of a 600 sqft crawl space.

Went very well. I am very pleased with the way my crawl space turned out. The company representatives were very communicative before and during the work.

very well, it was cool to see photos