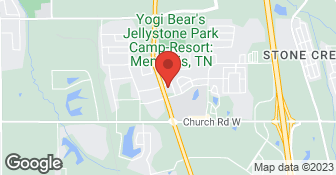 Daniel May with Basic Home Maintenance signed a contract with us on 3/2/20 to fully remodel one bathroom and partially remodel a second bathroom for $3950 total for labor and common materials. We paid him $2370 of the contract and he demolished one bathroom and never came back to finish the job. He left us with a destroyed bathroom, cracks in the walls of both bedrooms on either side of the bathroom, left all of the demolished tile on our front lawn for weeks and never took it to the dump, and never gave us back our house key. He lied to us for several weeks saying he sent us a refund back for the broken contract and sent our house key and then saying they got lost in the mail. He eventually admitted he never sent it and doesn't have the money. Run far away from doing business with this man. He is not an honest businessman and we really regret letting him into our home.

After getting four quotes to remodel my Mom's bathroom, I went with the least expensive which was a mistake and ended up costing me the price of one of the other quotes because I had to hire someone else to fix the mess that was made. The workers came out as scheduled and there was supposed to be a complete day of work, they came the first day and demoed the bathroom which took a little over an hour and then left for the day. Each day they returned it was something, they were always late and never stayed until 5. They barely had what they needed to get through the job. The workers complained about not being paid by the owner. The workers that were sent out were not licensed professionals, they were a bunch of handymen, which is fine if you know what you're doing but they did not! They messed up the plumbing in the bathroom and busted a huge hole in the bedroom wall adjacent to the bathroom and also flooded the carpet in the bedroom. They didn't bother to fix the hole and they did not wet vac the bedroom floor. We had to clean up their mess ourselves. After over two weeks and things continuously going downhill and the owner Daniel May telling us that things don't have to be done to our standards but his and seeing his standards we were very dissatisfied. We had paid all of the money required with the exception of $500, after going back and forth about things not being done right and the owner getting very irrate with us, he had his crew leave the job site and they never returned. We had to start all over with a new contractor who had to tear up all the tile that was not put down correctly and put it back down on the correct type of boards, re-do the plumbing, fix some minor electical things that they did not do properly, re-seal the toilet, paint and fix the window seal and a number of other things that they failed to do. I was very disaapointed with this company and would advise everyone to stay far away from them unless you enjoy medicore work that may not be done correctly. I do not like leaving bad reviews, however now that I'm finally done with the bathroom nightmare I feel that it's only fair that people are warned and have access to a valid review.

Description of Work
I hired them to remodel my Mom's bathroom. I was told that the job would take 3 days, 3 days turned into over two weeks.

We take great pride in our experience, expertise, quality, and customer service that we provide to meet the consumers needs. It is our mission to provide excellent workmanship and complete customer satisfaction from start to completion of a project. In order to understand the needs and expectations of our customers, we take great care to work and communicate with every customer in a professional manner. Our reputation is based on service, safety, and quality, regardless of how large or small the job.  …

All statements concerning insurance, licenses, and bonds are informational only, and are self-reported. Since insurance, licenses and bonds can expire and can be cancelled, homeowners should always check such information for themselves.To find more licensing information for your state, visit our Find Licensing Requirements page.
General Information
Free Estimates
Ask for Details
Eco-Friendly Accreditations
No
Payment Options
Check
Senior Discount
No
Emergency Service
Yes
Warranties
Ask for details

Not a general contractor. Unable to build.

Basic Home Maintenance is currently rated 1.5 overall out of 5.

No, Basic Home Maintenance does not offer eco-friendly accreditations.

No, Basic Home Maintenance does not offer a senior discount.

No, Basic Home Maintenance does not offer warranties.

Are there any services Basic Home Maintenance does not offer?

Not a general contractor. Unable to build.