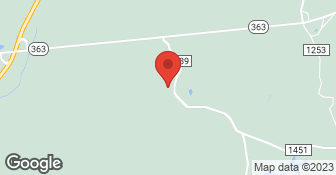 Bradley has over 16 years experience as a structural engineer. He has worked as a federal employee at the U.S. Army Engineer Research and Development Center in Vicksburg, MS, and served in multiple program management roles. He and his wife Tina started Foust Engineering in 2017. Bradley has a PhD in structural engineering from the University of Florida and a MS in Civil/Structural Engineering from Auburn University. His educational background in addition to his structural engineering experience proves to qualify him for any structural related problem you may encounter. Foust Engineering is a Structural Engineering consulting firm that specializes in structural design of residential and light commercial structures. We provide foundation design and assessments for residential houses. The assessments typically include a technical report to include findings, conclusions, and recommended solutions. We pride ourselves on high level communication to fully understand the issues you may be experiencing with your foundation. We will work with you and other reputable contracting companies to find a solution to protect your investment.  …

American Standard Foundation Repair, LLC is a full service foundation repair company specializing in the prevention, repair and restoration of foundation damage and its effects on your home. We repair both concrete slab and conventional beam and joist homes. American Standard Foundation Repair, LLC prides itself in the proper diagnosis of the cause of foundation failure. Only by understanding the cause of a failure, can we hope to prevent it from occurring again. We give free estimates that are performed by certified technicians who are trained to recognize both the obvious and obscure causes of foundation failure. After we diagnose your foundation issue, you will receive a Repair Plan Diagram that addresses the immediate cause of the foundation failure, preventive measures that decrease the chances of this happening again, as well as restorative measures that can put your home back to its original state. We are the only Nationally Certified Foundation Repair Specialist in the tri-state area (TN, MS, AR.)  …

Description of Work
Mr Estes did a renovation for a friend of mine. The work was outstanding but what he charges is very high. If you can afford overpriced remodeling then he is your man.

Kenneth was diligent about getting back in touch with me after my initial voice mail message to him. We set up a time to meet at my home and he was there right on time. He seemed genuinely interested and had his tape measure, clip board, etc, ready to go. I described what I wanted and what my expectations were and never mentioned a budget. For all he knew, I didn't have a limit on my budget and could have spent a ton of money. He told me it would be about 2 weeks before he could get me an estimate as he was going on vacation. That was no problem. 5 weeks went by and I called him to follow up since I had not heard back from him. He said he was sorry, he put it down and got distracted and hadn't thought about it since that day he came over. He asked to come back out to our house again to get another measurement, and he promptly came out the second time. He still, another 4 weeks later, has not sent me an estimate, called to explain why, etc. I haven't heard from him, so he is not a contender in this race as far as I'm concerned. If he didn't want or need my money, he should have just said. But not calling a customer back with an estimate or atleast an excuse...unacceptable.

Description of Work
I saw an ad for Kenneth Estess in a local magazine and the pictures shown were impressive. I am wanting to add a screened in porch on the back of my home so I called him for an estimate.