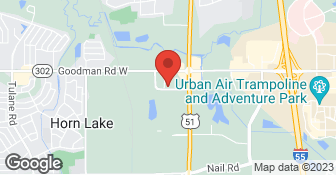 We will install TRANE and service all units We have a great staff of 11 that can help out in any way...

They were professional. Very, very responsive. If I had an issue in the morning at 3 AM, they would respond.

Description of Work
Replaced the whole air conditioner, the vents, and the furnace. Replaced everyting.

I have used Muse for several years. Very professional and honest service and support.

Description of Work
6 Month check up on HVAC.

Prompt service, work performed exactly on date promised and within timeline indicated prior to start date. Service technicians were professional and explained install steps clearly. When a couple of issues arose that required changes to scope of work, no pushback was presented by installers or management. Issues were handled promptly without headache. Start to finish, a quality install done with no headaches. A repeat performance of excellent service by this vendor.

They were here for a total of about 1 and frac12; hours. We wouldn't have know the difference in what we would have needed so we found them to be very honest.

Description of Work
We thought we would need a whole new system and it turned out to just be the thermostat. They fixed that and cleaned the air filter while they were here.

They had a great price, were on time, and were very nice. The work was less than desirable and not done very well. I will have to pay someone else to fix the job.

Description of Work
.Installation of a heating system.

The compressor went out on our 12 year old AC. Furnace was 20 years old so decided to replace both at once. Muse provided a quote on several combinations and I picked a 15.5 SEER AC and modulating furnace at what seemed like a decent but not outstanding price. One reason I went with Muse is that they seemed to know what they were talking about. They were 1.5 hrs late arriving to install but stayed until 9:30pm to get the AC working - I really appreciated that. They said they would come back to get the zoning system working. I examined the installation the next morning and discovered that they had not installed the furnace that I had ordered. I called the manufacturer with the serial number and asked when it was manufactured and the answer was "2001"! I called Muse and they blamed it on the distributor - that they were given the wrong furnace when they picked it up. They offered $300 off if I would just take it but it was not the modulating furnace that I wanted to have installed so I told them they would need to take it out and put the right one in. They agreed but then called me back when they were on the way to my house and told me that the furnace that they had spec'd was not available until Fall (again blaming the distributor). Muse offered to upgrade from Coleman to York but it would be a two-stage (not modulating) furnace. I wasn't happy but decided to go with it because I wanted to get the work over with. In addition to the wrong furnace and the zones not working, Muse had hooked up a downstairs vent to my upstairs zone, had not completed the special duct work that I had requested, and had hooked up a one stage thermostat that would not work with my two stage furnace or two stage AC. They fixed the duct work problems when they swapped out the furnaces and upgraded the theromostat to a top of the line York model but could not make the zoning system work and left me with a one stage thermostat to control the upstairs zone. I had to do the research to determine that my old zoning system would not work with the new equipment - Muse should have informed me on the front end that it would have to be replaced. The sales guy said that he would look into finding a zoning system that would work but only after suggesting that I would really be happy without it. Since this was an unexpected expense and he was talking about at least $500, I asked him to supply the new zoning control at cost and he said he would "try to give me a deal". I never heard back from him after that. Because I had the skills to do it, I ended up ordering the zoning controller off of the internet for $150, running a new thermostat wire, and replacing the crummy upstairs thermostat that Muse provided. I also discovered that the upgraded thermostat Muse provided was not configured properly to run the two-stage AC or the high-efficiency furnace! Check the model numbers to make sure you get what you ordered installed regardless of who does the work.

My furnace stopped working in February. I called Muse and they came the same day. The broken part was under warranty and they immediately ordered a new part from the furnace manufacturer. A week passed. The manufacturer finally told Muse that they would not be able to replace the part and Muse negotiated a new furnace to replace the old one. The only charge to me was the labor to remove the old furnace (not easy!) and install the new furnace. They kept me up to date as the story unfolded and I felt they worked hard on our behalf to get the problem solved.

Description of Work
Muse sent a technician the same day I called. He diagnosed the problem and ordered parts. Ten days later (see below) they installed a brand new furnace. One of the factors in my calling them was a coupon on Angie's List and the reports about them there.

I am so pleased with the response and service that I received from Muse, I just cannot imagine anyone using any other company! It started with my call to them to get a quote. I had received a quote from the company that normally services my units and I thought it was extremely high. Then I called another company and they couldn't even have a someone out to my house for another week. I called Muse, and he had a gentleman out to my house in Germantown within an hour. (This was 5:00 P.M on a Friday!) They were incredibly knowledgeable and helpful during the assessment, and their quote, for a better unit than my regular company quoted, was almost half. On top of that, they came on that next Monday and installed everything, including two digital thermostats that I decided to install since I saved so much money! I can't say how happy I was with Muse. They will also now be my regular service company for my units.

The blower on my furnace stopped working and I called them in for a diagnosis and estimate. The weekend estimate was $600. If I waited until the weekday, it would be $450. They refused to give me a breakdown of charges. They said parts and labor are just lumped together. I paid the $80 overtime service call charge and I called my father, who knows a HVAC guy. We found a motor for less than $100 which I installed myself. They were also very unprofessional. The technician brought someone I assumed is his apprentice, who also brought his girlfriend.

Description of Work
Diagnosis and estimate given for broken blower motor.

I DEEPLY APOLOGIZE AND ASK FOR FORGIVENESS FOR THIS INCIDENT. I BROUGHT MY SON INTO THE BUSINESS AND HE THOUGHT THAT BECAUSE HIS LAST NAME WAS THE SAME AS MINE, THAT HE COULD DO AS HE PLEASED. SADLY, I HAD TO LET HIM GO. HE IS NOW JOINING THE AIR FORCE. WE AT MUSE HTG. & AIR DO NOT OPERATE THIS WAY. WE HAVE BEEN SERVING THE MID-SOUTH FOR 20 YRS WITH PROFESSIONALISM, QUALITY AND SERVICE. WE HAVE MANY SATISFIED AND REPEAT CUSTOMERS. THANK YOU...JEFF MUSE
5.0

They checked my air conditioner and changed the wiring which was burnt. They did the job quickly and efficiently.

Description of Work
They repaired the burnt wiring of the A/C.

Specializing in air duct and dryer vent cleaning! We always guarantee your satisfaction and won’t leave until the job is done right. We take pride in ourselves and on the quality work we provide, while always delivering great customer service! Check out our services offered, then call --or-- click to schedule a free estimate today!  …

At TruClean, Inc.- Air Duct Cleaning & Mold Remediation Specialist We Offer The Best Air Duct Cleaning and Mold Removal Services in the Mid-South. We Have PMII Certified Mold Inspectors on Sight Ready to Inspect Your Home and Keep you Safe. We Use the Most Up To Date, State of the Art Equipment Made for Our Profession. Our High Powered Equipment is Designed to Get Your Air Ducts Cleaned Right the First Time Guaranteed. We are a Small, Family Owned and Operated Business that is Steadily Growing. We Provide Top Quality, Affordable, and Reliable Service to all of the Mid-South. TruClean is Fully Licensed and Insured. We Specialize in Residential and Commercial Air Duct Cleaning, Dryer Vent Cleaning, and Mold Removal, Remediation, and Testing. We Look Forward to Serving Your Family and Helping you Breathe Healthier, Cleaner Air!  …

MUSE Heating & Air Conditioning is currently rated 4.4 overall out of 5.

No, MUSE Heating & Air Conditioning does not offer eco-friendly accreditations.

No, MUSE Heating & Air Conditioning does not offer a senior discount.

No, MUSE Heating & Air Conditioning does not offer warranties.

Are there any services MUSE Heating & Air Conditioning does not offer?