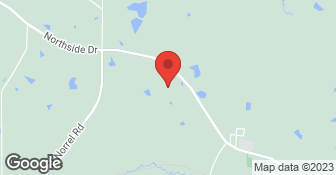 Welcome to "John's PC Service". **OFFERING REMOTE SUPPORT ANYWHERE IN THE UNITED STATES**Maintaining your Smart Home or business For the many years we’ve been in business, we have been striving to provide our clients the best quality technology service possible to gain their full satisfaction. And they’ve shown their appreciation by coming back to us repeatedly. We want to be your Computer specialists. We genuinely care... ...about your computer and it shows. Our first-time customers continually become our long term customers time and time again, choosing us for all their IT needs. Onsite Repair Services in Covington and Repair in Metairie. computer repair John's PC Service, LLC in Metairie We have been providing St. Tammany's most dependable and speedy computer repair services for over a decade. We provide personalized service. We are always ready to serve you. All work is guaranteed! Find us online at: https://johnspc.us/ North Shore residents: Call John at 985-807-4948. North Shore- - - Covington, Mandeville, Goodbee, LA; St Benedict, LA; Abita Springs, LA; Madisonville, LA; Lewisburg, LA South Shore residents: Call Jim at 504-210-7560 South Shore - - - Metairie, Kenner, Lakeview, St. Rose.  …

Tracy is a super nice young man. He seemed very knowledgeable and helpful. He picked up our computer on a Monday and returned it on about Thursday. He even spent about 30 minutes with us answering questions and giving us advice about our aging machine. He explained that the antivirus software we had been using was one the and quot;bad guys had learned to get aroundand quot;. He no longer works from the listed address though but from his home. That's why he picks up your machine and returns it to you. The phone # listed is still good but you will probably have to leave a message. He will call you back in no time. He will come to your home for that but we live so far out of town, we met him in a nearby location where he was working. I would recommend his services to anyone.

Tracy Canoy, the owner, came out to our home (this was wonderful, not having to take and pick up computer), and worked on both our desktop and laptop computers. He seemed very knowledgable, and very efficient in what he was doing. He improved the speed on both computers, installed a free security system which he considered as good as Norton, (which was going to cost us $80 to renew). So with that in mind, the charge of $150 for two hours seemed well worth it! We will definitely use him again if the need arises.

Description of Work
Worked on desktop and laptop in our home, didn't have to take it in somewhere. Took care of several problems we were having, mainly speeding up both computers. Also installed a free security program that he considers as good or better than Norton, which we were going to have to pay $80 to renew.